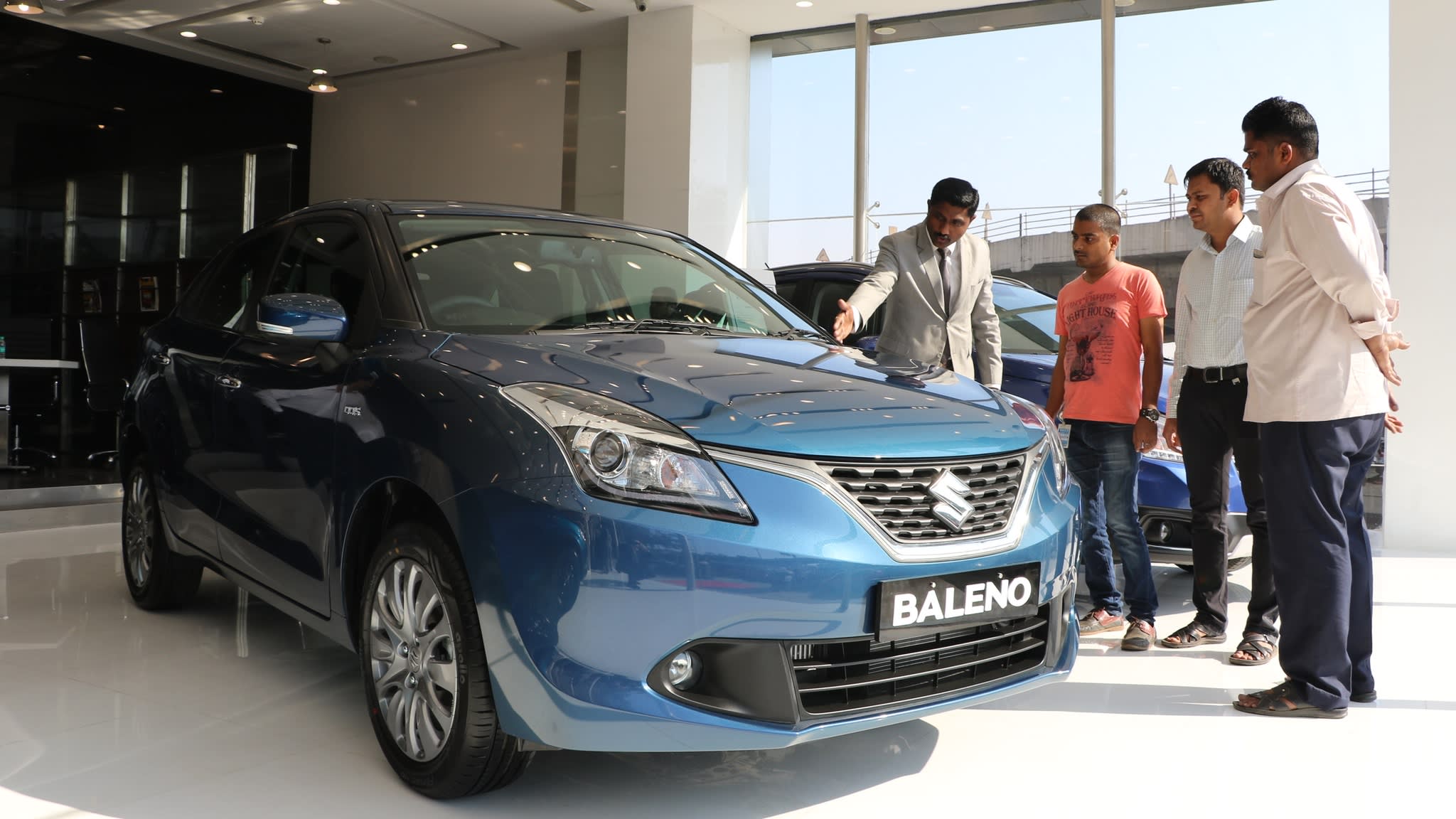 Customers check out a Suzuki Baleno hatchback at a showroom near Mumbai: auto selling declined over 20% in the April-June quarter. (Photo by Takafumi Hotta)

At the end of this week, the second Narendra Modi government will complete 100 days in office. It is a period that Modi may want to forget, replete as it has been with a steady drip of downbeat economic news.

Quarterly economic growth has hit a six-year low at 5%, down from 8% a year earlier and lower also than China's 6.2%. For a government given to bragging that it runs the world's fastest-growing large economy, this is a serious embarrassment.

The setbacks are on all fronts. The manufacturing sector saw just 0.6% growth in the April-June quarter, with key sectors like automobiles reporting sales declines of over 20%. Tax revenue has remained well below target, while an employment report that had been suppressed until the April-May elections were over said unemployment had grown from a long-term range of 2%-3% to 6.1%.

Foreign investors have been pulling money out of the stock market, prompted in part by a sharply higher rate of tax announced in the July budget. That hike was rolled back, but the market has remained weak. A benchmark index has fallen by over 8% since the government was sworn in at the end of May, following its massive election victory.

The euphoria of that victory has done little to lift private investment from multiyear lows. Consumption trends have been no better, with sales of even everyday items like biscuits and innerwear reporting declines. After growing at 7% or higher for 12 of the past 15 years, India may be moving to a lower growth track -- or so runs the worry among analysts.

Ordinarily, a government would respond to such a situation by pushing up its expenditure to boost demand. This is hard to do right now without attracting negative comments from rating agencies, because both the fiscal deficit and the government's debt in relation to GDP are already higher than the set bench marks.

Room for pump-priming the economy is further constrained by government revenues falling short of ambitious budget numbers. The target revenue growth of 18% looks decidedly unlikely when nominal GDP growth, i.e. including inflation, is unlikely to exceed 9%, in my view.

Concerned that the economic narrative is undermining support among influential sections of voters, the government has come out with a series of announcements to stimulate demand, encourage foreign investment by opening up sectors like coal mining and deal with the crisis-ridden financial sector.

Most observers don't see these as enough to change the narrative. For instance, folding 10 government-owned banks into four, in order to have fewer banks with stronger balance sheets, will not make much of a difference if government control of the banks remains what it is.

Credit has become cheaper after a succession of cuts in the Reserve Bank of India's overnight discount rate -- to 5.4%, the lowest level in nine years -- but the demand for corporate credit remains sluggish.

The government's announcements so far have focused on the cyclical downturn. They have not addressed the underlying structural problems relating to factor markets -- labor, land and capital -- that the Modi government by and large ignored in its first term.

Those chickens have come home to roost, because India has among the world's most rigid labor laws, while buying land to set up factories is onerous, expensive and time-consuming. It is no wonder that the Philippines, Vietnam and Bangladesh have gained more from factories relocating out of China.

A good example of how the system does not really change came when the finance minister, while announcing multiple bank mergers, made it clear that not one job would be lost -- thereby taking away an important part of post-merger synergy.

There is also a sense of denial. Even as growth rates have fallen, the government has held out the prospect of India becoming a $5 trillion economy in five years, from less than $3 trillion this year. That implies a sustained rate of growth not achieved in the last decade.

Only mildly less unreal is the optimism with which the RBI has forecast growth for this fiscal year at 6.9%. Private analysts put it closer to 6% -- which, if it happens, would be the lowest in seven years. Still, mentioning $5 trillion at every opportunity has become part of the official liturgy.

Business disenchantment with the government has grown for other reasons as well, like arbitrary high-handedness by officials. One provocation is a new law stipulating criminal prosecution and jail terms -- later withdrawn -- if companies fall short on "corporate social responsibility"; 2% of profits have to be spent under this rule.

Tax officials came in for particular criticism after the popular founder of a large coffee chain, VG Siddhartha of Cafe Coffee Day, jumped off a bridge to his death. A note that he left behind mentioned harassment by a tax official, among other reasons. The prime minister had to come out with a statement that the government respected businessmen as creators of wealth.

Such words are reassuring, but what the economy needs is serious reform, if it is to be pulled out of its present trough. 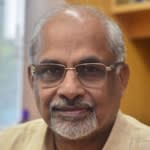 T.N. Ninan is a columnist and former editor of Business Standard.