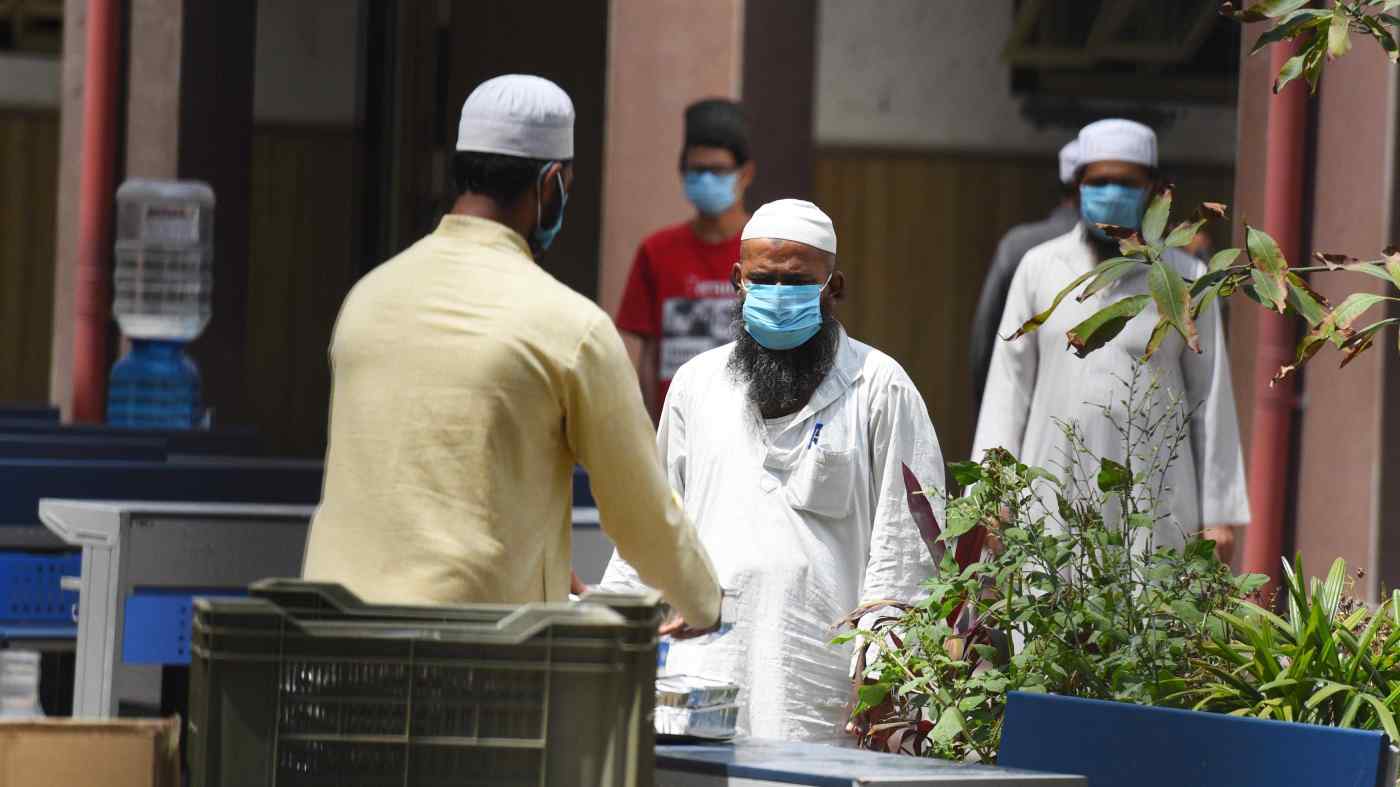 Members of the Tablighi Jamaat cluster in quarantine during lockdown in New Delhi on Apr. 16.   © Hindustan Times/Getty Images
CopyCopied

Ankur Shah is a writer focused on China, Russia and India for, among others, the Economist, UNESCO and Foreign Policy.

Since India went into coronavirus lockdown on March 24, its Muslim population has been the target of cruel misinformation spread on WhatsApp. Much of this indignation began with criticism of the Tablighi Jamaat, a multinational Muslim missionary group which held a sermon in New Delhi after the city government had prohibited gatherings and has emerged as a COVID-19 cluster.

But criticism of one small group has exploded into persecution of an entire religion. Reporting about the event has stoked a series of inflammatory messages on WhatsApp, alleging that Muslims are actively aiming to spread the virus across India.

Such is the pervasiveness of fake news in India that it was described by the central government as the "single most unmanageable hindrance" in managing the current pandemic. The government now needs to take action or risk polarizing Indian society further.

In the deluge of misinformation, one video widely circulated suggested that a Muslim chef was intentionally spitting on food before delivering it to customers. The video, accompanied by messages warning users not to accept food from skullcap-clad men, was picked up by a spokesperson of the ruling Bharatiya Janata Party's youth wing, who called for a boycott of "such shops."

However, this video was uploaded a year before the current pandemic and may not have even been filmed in India, according to Alt News, a fact-checking website.

Another frequently forwarded WhatsApp image depicts a policeman beating a Hindu temple priest in the Indian city of Rewa. The description attached alleges that it was the superintendent of the local police force, Abid Khan, who brutally beat the priest.

The policeman pictured is neither Inspector Khan nor a Muslim. This rumor was exposed by Boom, another fact-checking platform, which clarified that the policeman had lashed out against the priest for allowing a gathering of 200 people to take place during the lockdown.

Citizens must remember that these messages, even if they think they are well-intended, can have tragic real-life consequences. One day it is a call to boycott a Muslim business, the next it is a hospital turning away a Muslim mother in labor whose baby then dies.

While citizens think they are warning their loved ones in WhatsApp groups, high-profile members of Prime Minister Narendra Modi's government reinforce religious hatred at the government level. Minister Mukhtar Abbas Naqvi, in charge of Minority Affairs, described the Tablighi Jamaat event as a "Talibani crime." Yogi Adityanath, chief minister of India's northern state of Uttar Pradesh, referred to the movement as "enemies of humanity."

The vilification of Muslims from the top down is pouring oil on an anti-Muslim fire that has been burning across India's WhatsApp groups. India's fact-checking outlets have described this as a deliberate pattern to delegitimize a community on social media.

The practice of people fanning out hate speech over WhatsApp in India, its largest market with 400 million active users, is not new. WhatsApp drew widespread attention in 2018 when forwarded messages triggered a tragic series of lynching and mob deaths. 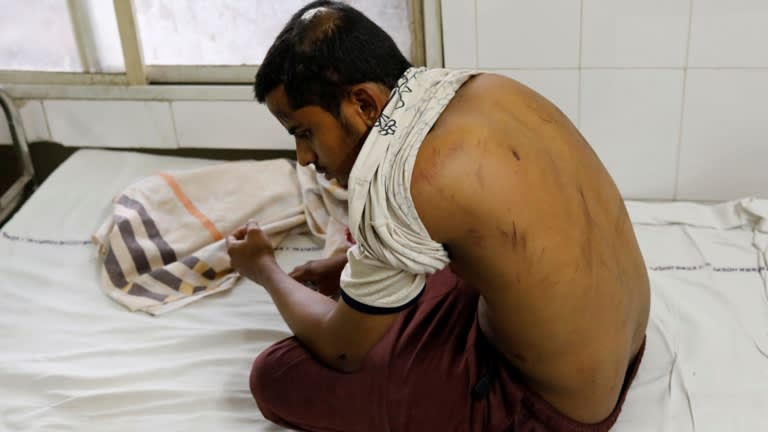 A survivor of a mob lynching attack which killed his friend displays injuries in a hospital in Hyderabad in July 2018.   © Reuters

To slow the spread of misinformation during the pandemic, WhatsApp has tightened restrictions on message forwarding. If a user receives a message which has been forwarded more than five times, they can then only send it to one chat at a time. But it is still unclear what, if any, impact this will have in India.

Even when forwarded messages are exposed as untrue, their damage has already been done. Academic studies show that those who frequently read hate-filled messages are desensitized to them and less likely to recognize blatant discrimination. Unless acknowledged and addressed, this religious hatred will spill into Indian society when lockdown laws are eased.

Indians must not continue down this path. In the absence of a vaccine for fake news, much like COVID-19, there are clear measures they can take to protect themselves and limit its spread. Above all, they must resist the temptation to fall prey to prejudice and refrain from forwarding unverified messages.

To build up immunity, they should educate themselves through independent online resources dedicated to fact-checking WhatsApp messages. Experts also recommend "lateral reading," which might involve copying content from a message into a browser and evaluating the results.

In March, India's Ministry of Health launched a chatbot service where WhatsApp users can query information they have received about COVID-19. Unfortunately, at time of writing, it does not appear to be having any impact.

As WhatsApp groups continue to be a forum to discuss shared experiences of COVID-19, Indians must approach fake news with the same severity that they do self-isolation. If they do not, the religious bigotry that has revealed itself in their WhatsApp groups will long outlast the lockdown.