Warjiyo must control inflation without hitting growth before 2019 presidential poll 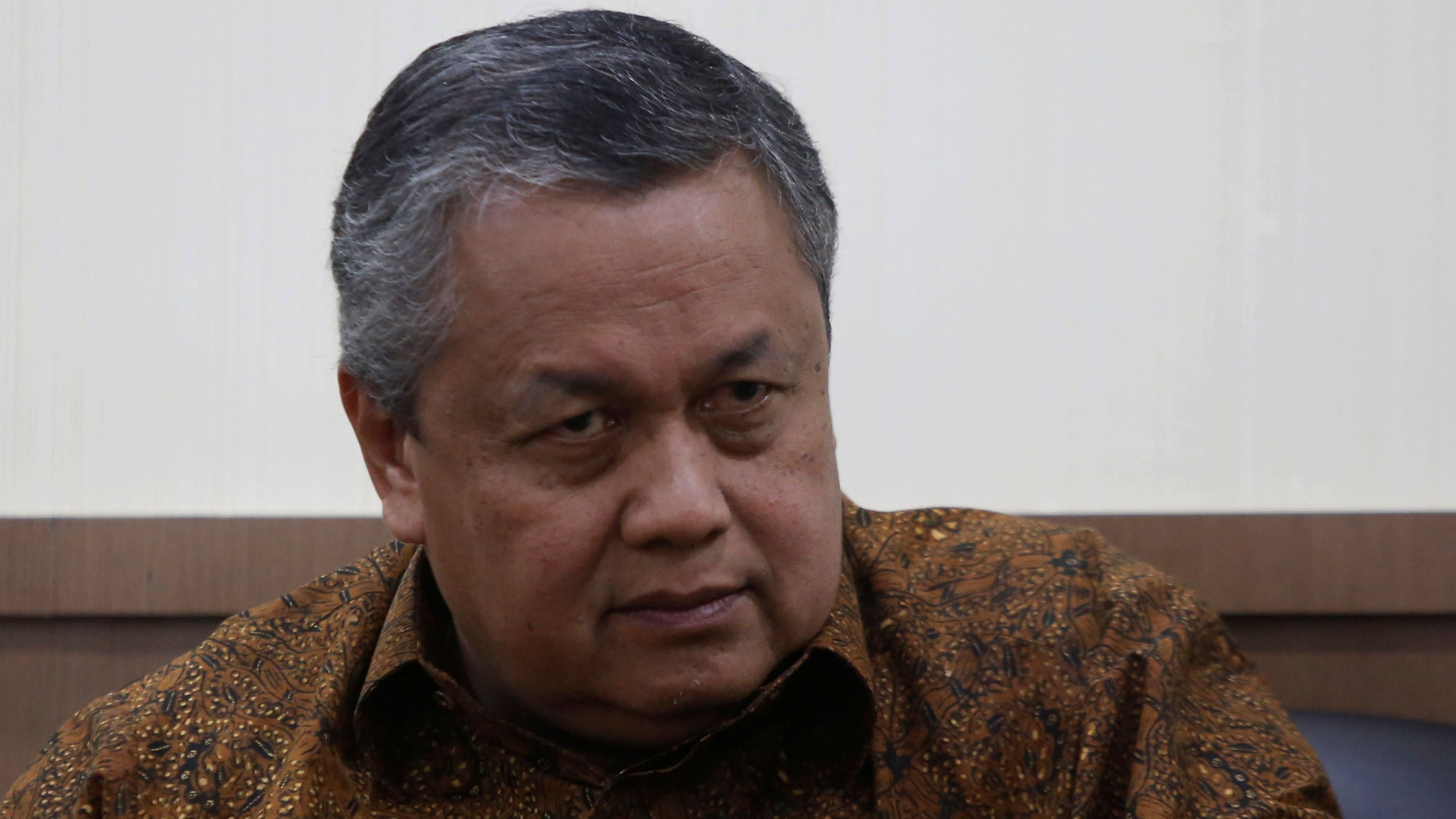 Perry Warjiyo, next governor of Indonesia's central bank, will take over an economy faced with risks of both slowdown and inflation.   © Reuters
CopyCopied

Perry Warjiyo, Jakarta's next central bank head, is as battle-tested as monetary policymakers get.

He was a central bank adviser in 1997, when the Asian financial crisis ended dictator Suharto's 32-year reign. In 2008, he was at the International Monetary Fund in Washington as the U.S. economy unraveled in the global financial crisis.

Warjiyo rose to the No. 2 job at Bank Indonesia in 2013 as the U.S.Federal Reserve's "taper tantrum" was slamming emerging markets, including Indonesia. Most recently, he has been helping outgoing central bank Gov. Agus Martowardojo combat currency speculators attacking the rupiah.

Yet when he assumes the top job next month, the 59-year-old veteran will face a quite different priority: rising inflation.

Since 2013, Martowardojo has done a respectable job supporting economic growth -- expected to average as much as 5.3% this year. But the eight interest-rate cuts Martowardojo presided over since early 2016 -- taking rates down from 7.50% to 4.25% -- worry investors. With the Fed tightening in Washington, the rupiah is unattractive on the basis of interest rate differentials.

Consumer prices, meanwhile, picked up a bit in March, advancing 3.4% year-on-year versus 3.2% in February. What worries economists, though, is what could come next given the amount of monetary easing in the system, coupled with a currency down nearly 3.5% since late January. Bank Indonesia expects inflation to end 2018 at a 3.5% rate, but private surveys, including those by Trading Economics, predict 4.3%. As of the end of March, Bank Indonesia tapped $4 billion of its foreign-currency reserves to defend the rupiah.

Currency volatility takes on increasing urgency as the 2019 presidential election campaign kicks off around September. President Joko Widodo, known as Jokowi, has a great deal riding on Warjiyo, who is thought to prefer a harder line on inflation than Martowardojo based on past comments. "Warjiyo's hawkish credentials fit with Jokowi's emphasis on price stability," says Peter Mumford of Eurasia Group.

Jokowi has had his share of successes since taking office in October 2014. Indonesia's first leader from outside the military or a political dynasty has surrounded himself with technocrats, not cronies. Jokowi increased public accountability, championed a tax-amnesty program to pull more investment back home and launched a $350 billion infrastructure upgrade program. On his watch, Jakarta generally continued to climb Transparency International's corruption-rankings table. It is currently 96th up from 133rd in 2004, when predecessor Susilo Bambang Yudhoyono began dismantling the business empires built around the Suharto family.

Yet there are a few blemishes on Jokowi's report card, all of which will challenge Warjiyo right out of the gate. Indonesia is growing below the 7% Jokowi promised. The ranks of the poor are still being left behind. And the force remains strong with the economic nationalism set.

That presents Warjiyo's team with quite the balancing act. Sub-par growth argues in favor of further easing. But the poor might be better helped in the short-term by dampening inflation by raising rates. But if the fight against inflation cuts gross domestic product growth into the 4% range, that would not just dent Jokowi's re-election prospects, but also set back lower-income families as jobs and wages could suffer.

Yet an inflation flare-up could be even more costly for the ruling Indonesian Democratic Party of Struggle. Its populist message in the Muslim majority nation of 265 million people is intimately tied to basic living costs. As economists learned amid the riots of 1997, containing the price of the "sembako," or the nine essential consumer goods, is just as vital to social stability as electoral success: coffee, cooking oil, eggs, flour, fuel, rice, sugar, salt and salted fish.

The sembako "is the most important issue for voters ahead of local/regional elections in June this year and the national election in April 2019," Mumford says. "This is because tackling the perceived economic inequality that drives rising Muslim populism and heightened social tensions has become a top political priority. Rising prices of basic goods have a disproportionately large impact on the poor."

At 0.40, Indonesia's so-called Gini coefficient, a measure of inequality, is higher than most Southeast Asian neighbors. It is at a level generally seen as a warning sign of social strains. As Warjiyo attempts his policy balancing act, he also almost must juggle reforms needed to attract more foreign capital. They include liberalizing the financial system and deepening capital markets, both vital to pulling in more overseas cash. If that were not challenging enough, Warjiyo will have to duel nationalists as he opens Indonesia further to the world.

Warjiyo will have an ally in Sri Mulyani Indrawati, the globally respected former World Bank managing director who runs the Finance Ministry. But, unfortunately, the Jakarta political establishment suffers from a strong inclination for state intervention and great skepticism about foreign investors.

Among the more notorious examples on Jokowi's watch: last year's tussle with Freeport-McMoRan. In August, the government compelled the U.S. mining company to give up a 51% stake in the giant Grasberg mine to local interests. The headlines generated by such dramas make it harder for Indonesia to attract the capital needed to join the Group of Seven economies by 2030, as McKinsey predicts.

Time is not on Indonesia's side. Acting boldly to strengthen fundamentals is becoming more vital as the external sector grows uncertain. Jakarta's task is complicated by "a climate of economic nationalism built up in the United States as well" under President Donald Trump, says economist Joshua Kurlantzick of the Washington-based Council on Foreign Relations. Trump's escalating trade war could transport Indonesia back to turmoil akin to 2013, when American investment bank Morgan Stanley put it on a "fragile five" list along with Brazil, India, South Africa and Turkey.

Warjiyo is a solid choice to plan Jakarta's defense. Aside from the many crises he has seen, the U.S.-trained economist knows Bank Indonesia upside down, having been on staff on and off since 1984. His economics degree is from Gadjah Mada University in Yogyakarta, Jokowi's alma mater. In 1991, Warjiyo earned a Ph.D. from Iowa State University. He has strong relationships in Washington and with his Southeast Asian peers, after representing them during his days an IMF executive director.

Long before that, Warjiyo grew up in Sukoharjo in Central Java, far from the skyscrapers of Jakarta amid rice paddy fields and near an active volcano. Surely, he has not forgotten about the sembako essential goods. The basics, in other words, of life for most Indonesians. Nor can he forget how protests erupt if policymakers neglect conditions on the ground.

Some of the responsibility for improving the lot of the poor falls to Jokowi and lawmakers. As Finance Minister Indrawati knows well, structural forces stand in the way of rural Indonesians enjoying a bigger share of growth. They include red tape, graft and inadequate education and training. The inflation that can drive perceptions of inequality at the root of Muslim populism is not just a monetary phenomenon. It is also about transportation bottlenecks, antiquated food storage methods and rent-seeking middlemen and women.

But Warjiyo will play a pivotal role in Indonesia learning how to grow better, not just faster. With inflation perking up and the rupiah on the brink, Warjiyo will find himself on the frontlines from day one. The battle-tested economist is in for quite a ride. Southeast Asia's biggest economy, too.