Widodo will retain power unless Subianto seriously raises his game Three fatal disasters in succession could have been a gift for Prabawo Subianto, the Indonesian former lieutenant general, who is challenging President Joko Widodo in this year's presidential election.

But the 66-year-old opposition party leader initially failed to make political capital out of the earthquakes and tsunamis last year, which left hundreds dead, or the passenger jet crash involving Indonesia-based Lion air, in which 189 people were killed in October.

While Widodo is not personally responsible for handling natural disasters or for airline safety, he oversees the agencies which perform these vital roles. So, with the April 17 presidential election only a few months away, an aggressive challenger might have seen the president as fair game.

Subianto's deputy, Fadli Zon, has since attacked the government's handling of disasters and the low budget of the National Agency for Disaster Mitigation. But it is not the same as the presidential challenger himself stepping into the ring.

This negligence on Subianto's part suggests some rigidity in his responses and an overall lack of vigor. Having tried and failed to unseat Widodo in the last poll four years ago, he has brought even less flexibility and zest to the current campaign. He often looks tired and dispirited and is also understood to have less campaign money at his disposal.

While a lot can happen in the coming weeks, Widodo already looks the likely winner. Not only is profiting from Subianto's mistakes and oversights, he has made some clever moves in his own right and reduced his risks.

By controversially choosing a conservative Muslim cleric Ma'ruf Amin as his running-mate he has contained the Muslim opposition, which was a potential threat.

Islam as a potent election issue has been pushed to the side, though it could still re-emerge as a central topic, fired perhaps by a global issue, such as China's repression of its Muslim Uighur minority.

Instead, the economy and particularly Subianto's demands for nationalist economic policies, including curbs on foreign investors, have become the main election issue.

Subianto and his running-mate, former Jakarta Deputy Governor Sandiaga Uno, are certainly more at home talking about the economy than religion.

But even in this policy dimension, Widodo scored an important victory in December when Indonesia acquired 51.2% of the Grasberg gold and copper mine in Papua province.

The mine had been managed by Freeport McMoRan Copper & Gold, of the U.S., which for decades symbolized foreign "exploitation" of Indonesia's resources. A member of Widodo's campaign team, Raja Antoni, proclaimed the acquisition as the second declaration of independence, liberating the country from "foreign economic power."

Aiming directly at Subianto, Antoni claimed that the theft of Indonesia's minerals in Papua had begun when Subianto's former father-in-law, the late President Soeharto, first signed a contract with Freeport.

Subianto has long played the economic nationalist. In 2017, he published a treatise, "The Indonesian Paradox," arguing for a nationalist re-orientation of economic policy.

The title's "paradox" is that Indonesia, he says, is heading toward becoming a failed state after 70 years of independence despite its rich natural resources. Subianto claims 1% of Indonesians own 49% of the country's wealth and 73% of its land. Out of 264 million Indonesians, 29 million live below the poverty line and another 68 million live just above it.

Subianto claims successive governments have allowed foreigners to drain Indonesia's wealth. Meanwhile, the political system has been taken over by big capital.

The challenger can easily employ these arguments as the election approaches. But while many Indonesians might agree with parts of his case, the total picture he paints is so bleak that it could alienate voters. Gloom and pessimism are not natural Indonesian characteristics.

Often betrayed by his own impulsiveness, Subianto is given to making wild predictions that undermine his more reasoned positions. He warned in November, for example, that Indonesia would break up and become "extinct" if he and his running-mate Uno were defeated, since it would leave in power an elite that has done much damage.

But voters know that Subianto is far more representative of the elite than Widodo. Besides his marriage into the Soeharto clan, Subianto is the son of a famous economist who held several cabinet posts. Long prominent in Jakarta, he is a cosmopolitan figure who lived overseas for many years. By contrast, Widodo is a former provincial businessman and politician who relishes displaying his folksy ways.

In December, Subianto tactlessly -- and incorrectly -- claimed that Indonesia was at the same level as poor "African" countries, citing Rwanda, Sierra Leone, Chad and Haiti (sic). Indonesians rarely give much thought to these countries, let alone compare them with their own country. His inclusion of Haiti among "African" countries, provoked widespread mockery.

Separately, Subianto warned that Jakarta would sink into the ocean by 2025. This might be credible if he had been talking about north Jakarta, which has suffered badly from the overuse of ground water. But the exaggerated warning misfired. It provoked an indignant response from Jakarta's governor, Anies Baswedan, whom Subianto supported in his 2017 election.

But Widodo is not entirely safe and dry. Any prediction about the outcome of the presidential election needs the caveat that international economic developments could suddenly change the politics.

Another sharp fall in the Indonesian rupiah, for example, after last year's steep drop, could boost Subianto's chances by injecting greater unpredictability.

But given his recent record, it remains uncertain that Subianto could exploit even a favorable turn of events.

Meanwhile, Widodo has presided over a considerable expansion of infrastructure that has clearly impressed voters. Over the past six months, he has cannily used his incumbency to offer salary hikes and increases in development spending to win over selected constituencies and key groups, including village heads and local military representatives.

There is already more than a whiff of deja vu about the election campaign. This is perhaps inevitable since election laws make it almost impossible for a third presidential candidate to emerge, while no other politician is strong enough to push Subianto aside.

But Subianto will have to do much better in exploiting opportunities that arise during the campaign than he has done so far, if he is to persuade a majority of voters to abandon Widodo. 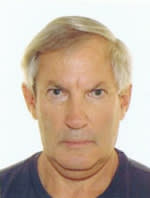 Ken Ward is a former Australian diplomat and intelligence analyst, and author of "Condemned to Crisis?," an assessment of Australia-Indonesia relations.