It is time for US and Cambodia, in China's shadow, to reset ties

Both sides need to repair rock-bottom relations with frank discussions 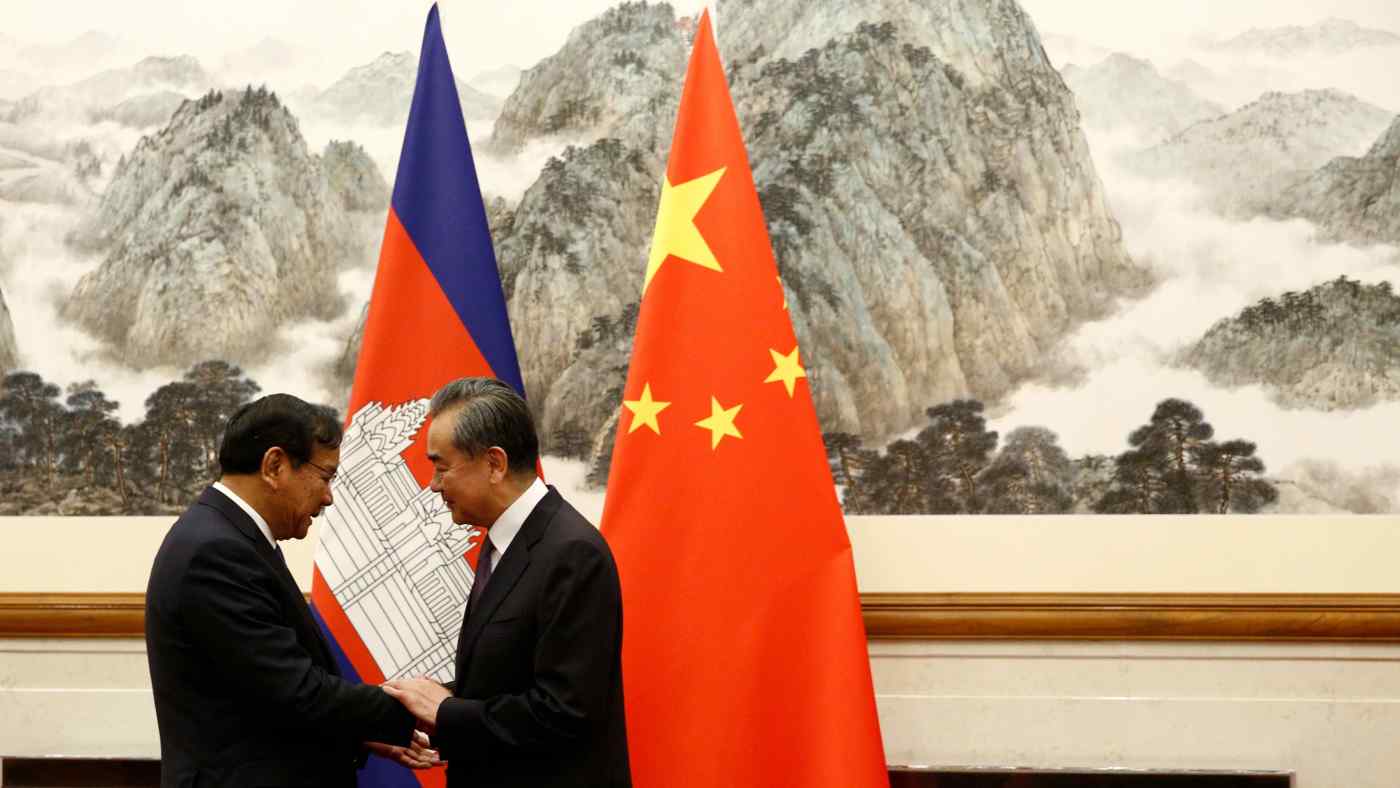 Reports in July that China had reached a deal with Cambodia to establish a military base in the country -- despite denials by Cambodian Prime Minister Hun Sen -- have deepened concerns about a growing great power rivalry in the Asia-Pacific region.

The strategic competition between China and the U.S. poses difficult questions for the 10 member states of the Association of Southeast Asian Nations, none more so than for Cambodia.

U.S.-Cambodian relations are at their lowest point since the 1991 Paris Peace Accords were signed to end Cambodia's 21-year civil war. Recent tensions have been exacerbated by the passage in July of the Cambodia Democracy Act by the U.S. House of Representatives, which threatened a cutoff in aid unless Phnom Penh undertook political reforms.

When the U.S. embassy in Phnom Penh earlier this year criticized the conduct of local elections, Cambodia responded by accusing Washington of violating the Vienna Convention on Diplomatic Relations by interfering in its domestic politics.

Meanwhile, relations between Phnom Penh and Beijing continue to deepen. Cambodia is widely viewed as China's closest ally in Southeast Asia. Beijing is now the largest source of both aid and foreign investment. Hardly a week goes by without visits by officials from Chinese central and provincial government bodies.

China and the U.S. have each played important roles in boosting Cambodia's development, as have other countries including Japan. Phnom Penh needs to find a way to balance relations between the two key powers to maximize its economic, diplomatic, and political returns. In particular, it needs to avoid giving the appearance of teaming up with China against the U.S.

Given this context, Cambodia-U. S. relations need to be reset. At a U.S.-ASEAN meeting in early August, Secretary of State Mike Pompeo praised Cambodia for "protecting its sovereignty," putting a positive spin on the prime minister's denial of a Chinese military presence. This was viewed in Phnom Penh as a step in the right direction. Sailors stand guard near petrol boats at the Cambodian Ream Naval Base in Sihanoukville, Cambodia, which the U.S. fears China wants to use as a military outpost   © Reuters

The foreign minister also said that Phnom Penh was "looking forward" to working with the incoming U.S. ambassador, Patrick Murphy, a veteran diplomat with wide experience in Southeast Asia. This represents an opportunity to improve ties after a rapid downward spiral over the last few years under the previous ambassador.

Both countries need to engage in sincere and frank discussions about the root causes of their troubled relationship and seek ways to address issues vital to both sides through constructive dialogue. This could best be accomplished by trying to resolve disputes through quiet diplomatic means rather than resorting to highly publicized "naming and shaming" of one another.

Cambodia should understand American concerns about China's intentions in Southeast Asia. The U.S. should find ways of pulling Cambodia out of China's orbit by offering more incentives instead of pushing Phnom Penh deeper into Beijing's arms by antagonizing the government or making statements that are viewed as attacks on the government and its leader.

Cambodia should also approach its relations toward the U.S. and China from the perspective of its position within ASEAN. Seeking peaceful coexistence with China alone cannot guarantee long-term stability for Cambodia since there are deep animosities between China and some other ASEAN member states, provoked mainly by China's contentious sovereignty claims in the South China Sea.

In the ASEAN context, Cambodia has tried to claim a neutral position on the South China Sea issue. This has weighed on relations with other claimant states, which see the South China Sea dispute as an issue involving freedom of navigation in accordance with international law, and have accused Phnom Penh of siding with Beijing. Either way, if this divide is allowed to disrupt Cambodia's relations with its ASEAN partners, it could have negative consequences for the country's security in the long run.

As a small country, it is in Cambodia's best interests to find the courage and determination to acknowledge its shortcomings and try to engage all powers, especially the U.S. Phnom Penh's foreign policy orientation should be more pragmatic and neutral when it comes to how it engages with the two most powerful nations.

At the same time, Washington should treat Cambodia with due respect as a nation that is trying to reconfigure its foreign relations with all friendly countries, and whose soul is not yet lost to China. The U.S. should not employ its traditionally strong support for democracy and human rights to humiliate the Cambodian government if Washington genuinely wants to challenge China's perceived strengths in the region.

Resetting Cambodia-U. S. relations on a smoother, friendlier path would help create a more effective strategy for the U.S. to counter Chinese influence. It would also help Southeast Asia in general -- and Cambodia in particular -- from over-dependence on Chinese assistance and relying too heavily on Beijing's growing influence.

Pou Sothirak is executive director of the Cambodian Institute for Cooperation and Peace and a former Cambodian ambassador to Japan.