Why are people worrying about inflation with another Great Depression looming? 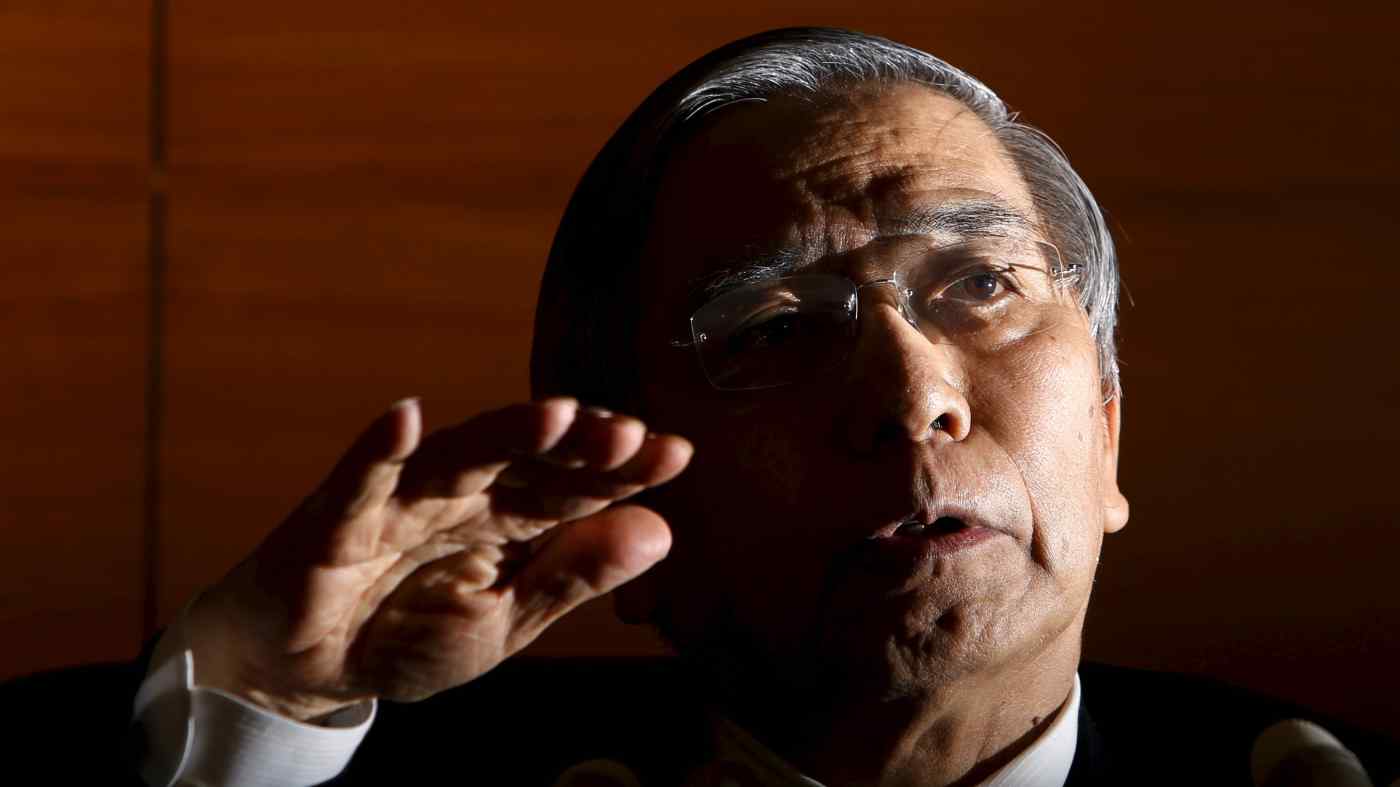 Bank of Japan Gov. Haruhiko Kuroda, pictured in January 2016: putting the central bank in the driver's seat and avoiding fiscal measures is why Japan is grappling with deflationary currents.   © Reuters
CopyCopied

Of all the policy zombies that refuse to die, the belief that central banks inevitably risk inflation with ultralow rates deserves the prize for persistence.

It came back to life again last week as gold prices rounded the $2,000 mark, Bitcoin rallied, and U.S. consumer prices and data from South Korea and China showed surprising upside, suggesting that inflation was not dead after all. This is paranoia worthy of a fast and final burial.

The real threat, bigger threat than ever as the world's three biggest economies stumble in epic fashion, is deflation.

President Donald Trump's U.S., the biggest, is cavitating at a roughly 33% annualized rate. No. 3 Japan is losing thrust as export markets disappear and risks of a COVID-19 wave spook CEOs and households alike. And while China, the world's No. 2 economy, is experiencing a modest revival, Beijing's pricing power is zero.

The problem with today's inflation-is-coming dogma is that it misses the obvious Japanification of economies near and far.

To be sure, the U.S., China and other top-12 economies -- including South Korea -- would be fortunate to evolve in Japan's direction. It is very hard to imagine the nations led by Trump and President Xi Jinping muddling along with negligible growth for 20 years without mass social unrest.

Yet officials from Washington to Beijing persist in applying conventional thinking to wildly unconventional global conditions. Arguably, the idea that inflation is even the remotest of risks is Exhibit A on why the odds of a global depression continue to rise.

U.S. lawmakers, for example, are slow-walking additional fiscal stimulus jolts and scaling back on unemployment benefits because of a misplaced belief that a recovery is underway. That view may gain momentum after it emerged that America's consumer prices jumped 0.6% in July month-on-month.

In China, the news that producer prices only fell 2.4% in July from a year ago was enough to set economists buzzing about better times ahead for Asia's biggest customer. As Shanghai Securities analyst Hu Yuexiao told the Nikkei Asian Review: "The higher-than-expected price increase will strengthen the determination of the monetary authorities to normalize policies."

A similar reaction met reports that South Korea's consumer prices accelerated to 0.3% in July from a year earlier, well above the June flatline. So-called core prices, which exclude agriculture and petroleum inputs, jumped 0.7%. That had Seoul-based economist Park Sang-hyun at HI Investment & Securities pointing to "some anxiety" about the inflation trend.

The real anxiety should be over policymakers not doing enough to prepare for the economic fallout to come.

America's coronavirus disaster means a nation on which export-reliant Asia long depended has been sidelined indefinitely. Pleas from U.S. Federal Reserve officials for additional fiscal stimulus are falling on deaf ears in Congress. The Fed could print more dollars, but that would only further enrich Wall Street not Main Street's struggling consumers. 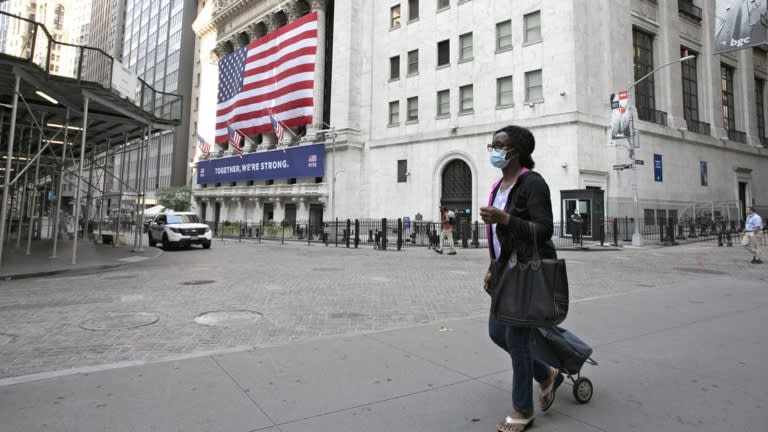 A woman walks by the New York Stock Exchange on July 9: the Fed could print more dollars, but that would only further enrich Wall Street not Main Street's struggling consumers.   © AP

Putting the central bank in the driver's seat and avoiding creative fiscal measures is why Japan is still grappling with deflationary currents. It is still unclear whether even Japan has internalized the lessons from its last two decades of quantitative easing.

In 1999, the Bank of Japan became the first modern monetary authority to cut conventional interest rates to zero. Two years later, the BOJ, under then-Governor Masaru Hayami, pioneered the QE. That experiment is still keeping officials from Washington to Frankfurt to Seoul plenty busy.

Nowhere more so than at BOJ headquarters in Tokyo. There, current Governor Haruhiko Kuroda is mulling new ways to jolt the economy with monetary stimulus. It is more important, though, that the government get on with the structural upgrades it has been promising since 2001.

Certainly, Japan is now paying the price for the glacial pace of change since Prime Minister Shinzo Abe took office in 2012. Abe pledged to fire powerful arrows at a rigid economy to increase competitiveness, innovation and wages. They ended up being more like plastic straw darts. seven years on, the BOJ is no closer to reaching its 2% inflation target.

Japan's reform false dawns date back to 2001, when Prime Minister Junichiro Koizumi promised upgrades "without sacred cows." Like Koizumi, Abe put the BOJ in charge, which keeps treating deflation's symptoms, not the underlying causes. Tokyo has squandered too many years believing, falsely, that a more vibrant economy was just around the corner. And now it faces a growing output gap, elevated unemployment and a possible COVID-19 second wave more conducive to falling prices.

The lesson for officials from Washington to Seoul is to go big with stimulus and economic retooling. Be bold, be creative and be transparent about the fact that the real game in town is trying to avoid a funk from which economies cannot extricate themselves. Another lesson: avoid "inflation-is-just-around-the-corner" dogma that has ceased to matter since the pandemic arrived.

Finally, perhaps it is time to stop tinkering with arbitrary price targets. If the U.S., China, Japan, South Korea and others aimed for, say, a 2% gain in wages or a 2 percentage-point rise in gross domestic product, there might be greater incentive to succeed. Keeping our eyes on the real prize may be just the thing to kill these zombie beliefs once and for all.