It is time to transform the US-Japan alliance

Real burden-sharing debate is not about money 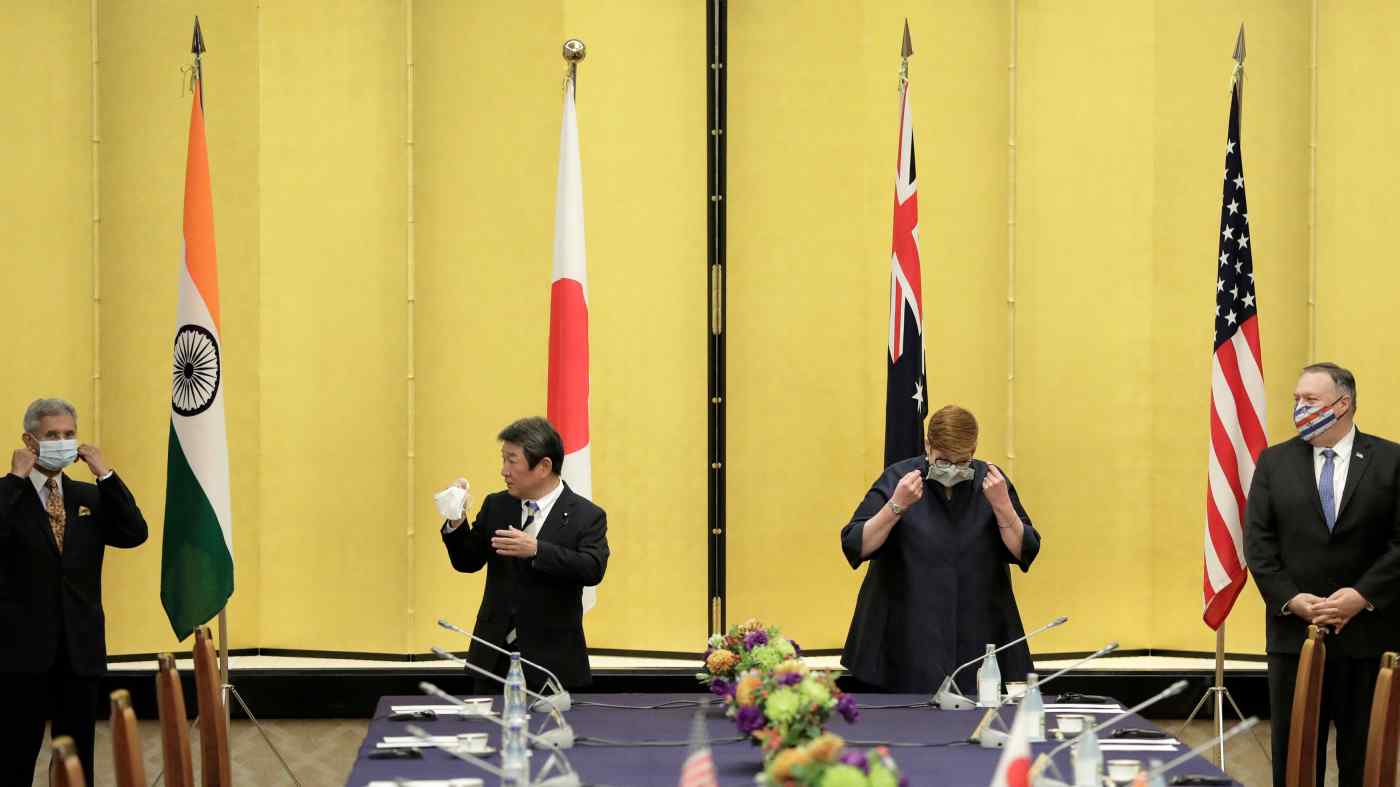 During Donald Trump's presidency, an ominous cloud has drifted over the U.S.-Japan alliance: the impending negotiations over burden-sharing.

In 2020, Washington and Tokyo were slated to renegotiate the level of host-nation support that Japan provides to defray the cost of stationing American personnel on its soil. Given the hard-line that Trump has taken in similar talks with South Korea -- demanding a fivefold increase in annual payments -- it is all too easy to imagine how mishandled negotiations could drive a wedge between America and Japan.

Fortunately, these discussions were delayed, and if Trump is defeated in November they may occur largely after he leaves office. But rather than simply kicking the can down the road, Washington would be better served to jump-start a more fundamental discussion about the nature of burden-sharing, one that has the potential to transform the U.S.-Japan alliance.

At the heart of the burden-sharing question is an undeniable reality: As the geopolitical environment becomes more threatening and the challenge from China becomes more severe, the U.S. needs Japan to do more, both in the bilateral alliance and beyond. But the Trump administration's narrow focus on financial burden-sharing ignores the many ways in which Japan is already doing more.

Take the Free and Open Indo-Pacific concept, which lies at the heart of the Trump administration's own Asia strategy. Many Americans would be surprised to learn that this did not originate in Washington. It was former Prime Minister Shinzo Abe who introduced the concept in 2016, focusing on preserving a regional environment in which trade can flow freely, freedom of navigation is respected, and states can make their own security and political choices free of coercion and intimidation. A compelling idea, the strategy caught on in the U.S. because Japan is uniquely suited to influence American policy.

Washington and Tokyo share a growing concern about China's rise, realizing that the challenge from Beijing is multidimensional, encompassing geo-strategy, economics, technology, and governance issues. China is doing more than simply threatening to overturn the military balance of power in the Western Pacific. It is also seeking to dominate critical industries, using commercial leverage to draw other countries into its orbit, and trying to rewrite international norms to favor authoritarian regimes. In each of these areas, balancing Chinese power will require cooperation among a different coalition of allies and partners. What all four of these coalitions have in common is the U.S. and Japan.

Four characteristics dictate Japan's centrality in each of these overlapping coalitions. First, Japan's geographic position and formidable military capabilities make it vital to preserving a favorable regional balance in the face of Chinese coercion. Second, as the world's third-largest economy, Japan is essential to forging deeper economic cooperation based on adherence to a shared set of fair standards. Third, Japan is technologically advanced, which makes it a key member of any "tech coalition" meant to develop alternatives to reliance on Chinese technology. Fourth, Japan is a mature democracy devoted to shaping an environment in which liberal norms, not authoritarian proclivities, inform global governance.

To be clear, many countries will be critical to counterbalancing China. But no other country -- aside from the U.S. -- matters so much in all four areas. While the U.K. and Germany are large, democratic, and technologically-advanced, they are far from Asia. India is large, democratic, and has a border dispute with China. Yet lingering protectionism and democratic backsliding limit its potential. Other partners, like Vietnam and Indonesia, will be vital on certain issues sets, but might only share U.S. interests or values in one or two areas.

That gives Japan a unique role to play -- and indeed, it is already playing it. By keeping the Trans-Pacific Partnership, or TPP, alive after U.S. withdrawal in 2017, Tokyo saved a trade pact designed to give its members options other than economic dependence on China. Representatives of member countries of the Comprehensive and Progressive Agreement for Trans-Pacific Partnership, the TPP's 11-member version without the U.S., pictured in Santiago in May 2019.    © Reuters

By increasing its own funding for development and high-quality infrastructure assistance, it has offered a positive alternative to China's Belt and Road Initiative. By pushing the idea of a "Democratic Security Diamond," Tokyo created conditions favorable to reviving the Quad -- a partnership involving America, Japan, India, and Australia. And by being among the first countries to limit the role of Huawei Technologies and ZTE in its fifth generation, or 5G, wireless networks, Japan helped catalyze global awareness of the dangers of Chinese technological dominance.

Japanese leaders are also uniquely suited to help America confront trade-offs between the various initiatives required to manage China's rise. These will include balancing the need to emphasize democratic values and human rights with the need to cooperate with authoritarian partners, such as Vietnam. Put simply, Tokyo is the keystone of all the strategies and coalitions the U.S. will need in dealing with an increasingly aggressive China.

It is therefore a mistake to focus burden-sharing discussions on how much host-nation support Tokyo provides, or even how much it spends on defense. Yes, Japan needs to shatter the artificial ceiling of roughly 1% of gross domestic product. But just as important is its help in developing and executing a combined strategy across each of these four coalitions.

Japanese leaders have shown over the last few years that they can often be more strategic and reliable than their American counterparts. To maximize the value of the world's most important bilateral alliance, the U.S. needs to embrace this larger concept of burden-sharing -- and view Japan not as the junior partner it once was but as the equal ally it has become.