Itochu versus Descente -- investors stuck in the middle

Japanese trading company Itochu's bid to boost its stake in sportswear maker Descente from 30% to 40% by means of a tender offer is, on the surface, a minor transaction.

But it deserves serious attention because it exposes a root problem in Japanese corporate governance -- the conflict of interest facing a dominant part-owner which is also a key commercial partner of the owned company.

In January, after months of public disagreement between Itochu and Descente management, headed by president Masatoshi Ishimoto, a scion of the company's founding family, Itochu cut the argument short by abruptly launching a tender offer for additional shares. Itochu's implicit threat to Descente management: play along or we will use our shares to vote you out of office.

Itochu's 30% long-standing share ownership of Descente epitomizes a peculiarly Japanese phenomenon -- an ecosystem of listed companies owned by other listed companies, where the shares are not held as a stand-alone investment but as a means of cementing a business relationship.

The potential conflicts of interest are so serious that, after years of argument, the Japanese government is taking action: the Nikkei reported on March 8 that ministers had approved plans for new rules to protect the interests of general shareholders in such situations.

In relation to Descente Itochu wears two hats, one as a shareholder, another as a business and joint venture partner in a number of branded sports apparel lines marketed by Descente. Itochu, of course, is happy enough to receive dividends as a Descente shareholder, but is doubly happy to sacrifice a dollar in dividends in exchange for perhaps two dollars of profit as a joint venture partner of Descente. Every dollar Itochu pulls out of Descente as a business partner is one less dollar available for Descente's shareholders. So, Itochu's economic interests conflict with those of Descente's other shareholders who hold their shares as a pure financial investments.

The structural conflict of interest created by the two-hatted shareholder explains, among other things, why dividend and other proposals seemingly in the interests of shareholders are routinely defeated. Two-hatted shareholders vote against their own interests as shareholders because they know that otherwise they would risk losing the business relationships where the real money is to be made. Conversely, owning shares in a business partner is a powerful card with which to extract favorable terms in transactions.

The details of the disagreements between Itochu and Descente have a long history. Itochu has argued that Descente relies too heavily on the South Korean market and should be expanding more aggressively in China. But this seems to be only one example of a deeper clash of ideas and perhaps of egos. 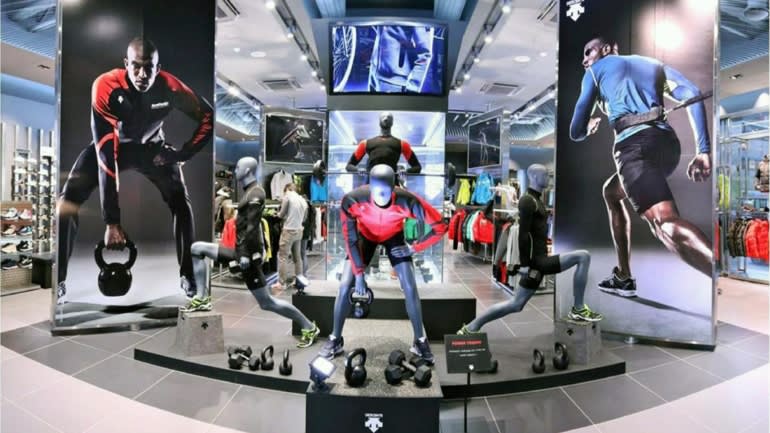 Itochu's solution is to increase its share ownership to the point that it can use its votes as shareholder, combined with an easy-to-achieve 10% from other shareholders to secure a majority, to threaten to fire Descente management. Itochu explains its stock purchase plan is a means to "make more specific proposals... to reform [Descente's] management structure and management policy and... enhance its corporate value."

Proxy fights over competing slates of directors are of course a reflection of shareholder democracy and the way disagreements of this kind are usually settled -- but with one critical difference: Itochu's two hats.

If Itochu were a one-hatted financial investor, then its interests would be aligned with those of Descente's general shareholders. There would be no reason to suspect that the directors Itochu appointed to the board would act in ways contrary to those of shareholders as a whole. But Itochu wears two hats. A general shareholder of Descente should be highly skeptical of the motivations of Itochu and the directors it appoints. Likewise, a general shareholder would be wise to be equally suspicious of the justifications offered by Descente management, who naturally cannot be wholly objective about their own performance.

Is there any alternative to an ugly public tug-of-war between Itochu and Descente management, with a certain Itochu victory if it buys more shares?

Happily, there is: the standard solution adopted outside Japan to ameliorate the inherent conflicts of interest among shareholders and managers is a board of directors composed of a majority of independent directors.

The Achilles heel of Japanese corporate governance remains its long-standing refusal to require listed companies to have boards with a majority of independent directors. Only a handful of Japanese companies, such as pharmaceuticals maker Eisai and Sony, the electronics and entertainment combine, have such boards. By contrast all companies listed on the New York Stock Exchange are required to. The resistance to independent boards is of course understandable, given that it would impede the exchange of quid pro quos among two-hatted shareholders that is the life blood of Japan's body corporate.

Nikkei reported that Prime Minister Shinzo Abe's government is finally addressing the problem with proposals for a third or even half of the boards of listed subsidiaries to consist of outside directors independent of the parent.

To their credit, Descente management have proposed an independent board consisting of four independent members and one in-house executive. Itochu has proposed a six member board consisting of two independent members, two Itochu nominees and two in-house executives. From the standpoint of Descente's general shareholders, the Descente proposal giving a majority of seats to independents would seem to be more reassuring than the Itochu proposal, which would seem to invite deadlocks and gamesmanship.

The deeper mystery is why Japan's general shareholders do not insist on a majority of independent directors across the board, or at least at companies that have two-hatted shareholders.

"Listed subsidiaries" overwhelmingly have boards nominated by their "listed parents" without a majority of independent directors. Predictably, the boards of "listed subsidiaries" tend to behave cooperatively in relation to their "parents." What is anomalous about Descente is that management, whether out of loyalty to the founding family or out of principle, is standing up to its biggest shareholder, and making the case for an independent board.

The public scuffle between Itochu and Descente management is shining a light on the root problem of Japanese corporate governance. As long as two-hatted shareholding patterns exist, general shareholders should insist that their interests be protected, as they are outside Japan, by truly independent boards.