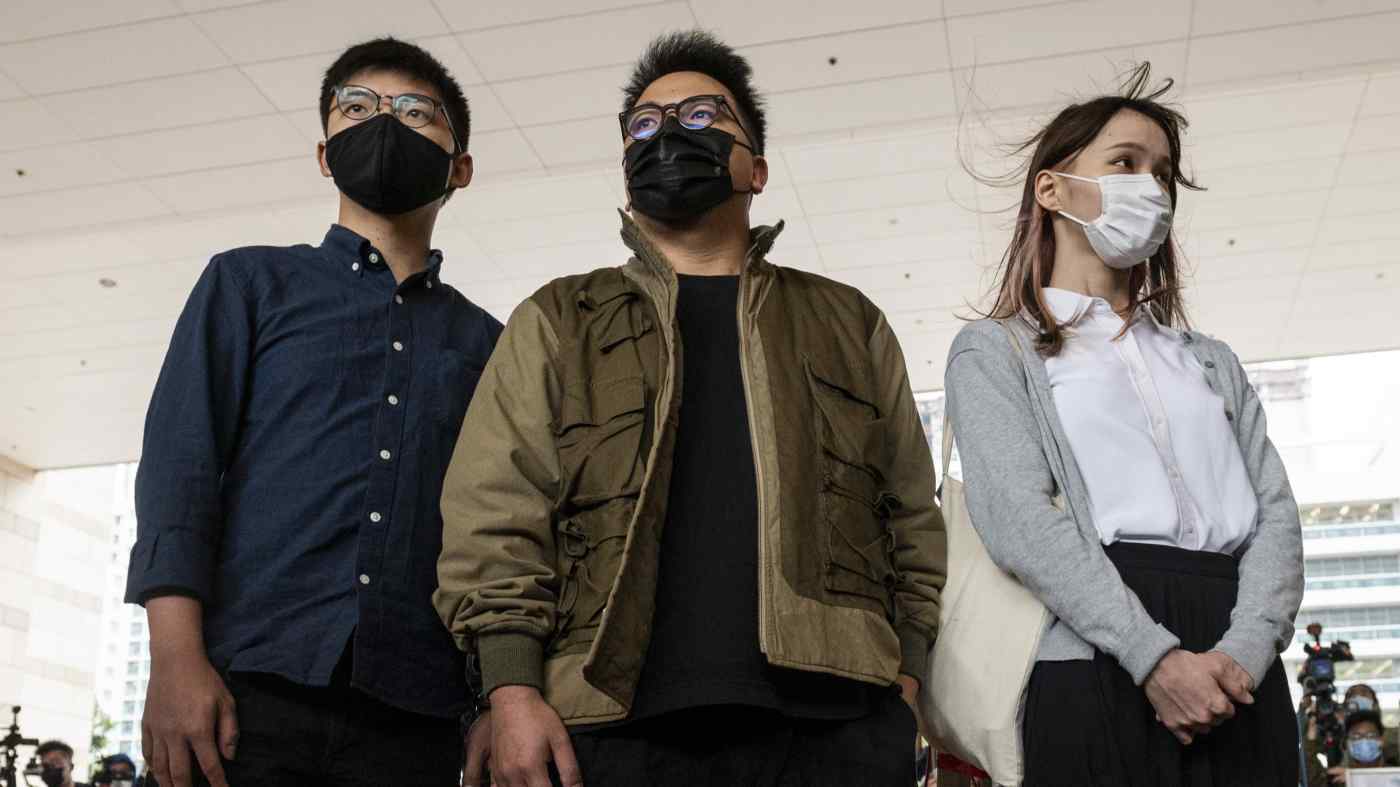 Chang Che is a freelance journalist.

After demonstrating an unwavering resolve to the tenets of democracy, the three activists were sentenced to 13.5 months, 10 months, and seven months in prison respectively on charges related to protests in June 2019.

"What we are doing now is to explain the value of freedom to the world through our compassion to the home we love," Wong said last month. "So much that we are willing to sacrifice the freedom of our own."

With the key players of the opposition movement now behind bars, the Hong Kong government, in close coordination with Beijing, has removed another obstacle in the pursuit of greater political control over the territory's fate.

As traditional forms of resistance become untenable, opposition movements have a tendency not to dissolve but evolve. In the case of Hong Kong, the suppression of protest leaders may lead to a greater decentralization and a push away from the physical to the digital space. New online forums to voice dissent may make the movement less visible to casual observers, but not necessarily less potent.

Moreover, as the center of the resistance hollows out, movements often metastasize and capture those at the edge. Throughout the summer, the trials of Hong Kong have been spread across the front pages of media outlets across the world, linking the broader Chinese diaspora, such as those in Taiwan and the West, to the citizens of the former British colony.

Wong has stated this intention himself. In a statement a week before his sentencing, he expressed his hope that his case would draw "the world's attention" to the arbitrary rule of the Hong Kong government. And while Wong's role as a makeshift diplomat in recent years has been effective on its face, the movement's expansion beyond China's borders can also be double-edged.

Greater international scrutiny can push states toward more accountability and domestic compromise, but in China, where the legitimate exercise of state power often rests on the assumption of credible external threats, they can also feed authoritarian impulses, transforming internal debates into issues of national security and sovereignty. Fear of enemy invasion has a long history in modern China, and the extension of an international lifeline to the democracy movement might serve as the basis for more state repression.

Beyond the political consequences lies the breakdown of basic social mores. One unnerving observation from yesterday's reaction was the sheer volume of pro-government voices that saw the incarceration of young adults not as a necessary evil, but as a cause for triumphant celebration. Pro-Beijing supporters gather outside of the Legislative Council on Nov. 12.   © Getty Images

That pro-democracy protesters must face jail time is not a new phenomenon. For Wong, this is already his third prison sentence. What is unsettling about this particular case, then, is not the fact of the sentence, but its reaction to it. The festive mood engendered by the news of suffering youths reveals a deeper problem beyond the political contest over Hong Kong's future. It shows just how quickly the drama of the political theater can deprive us of our basic humanity.

In his book Blueprint: The Evolutionary Origins of a Good Society, Yale sociologist Nicholas Christakis reminds us that what binds us humans together far outstrips what sets us apart: "Human nature contains much that is admirable, including the capacity for love, friendship, cooperation, and learning" he said. "All of which allows us to form good societies and foster understanding among people everywhere."

Such optimism is obscured on both sides of the Hong Kong issue. In the eyes of the world, Wong, Chow, and Lam stand in as vessels for the hopes and dreams of liberal nations. Yet they are also just young adults -- 24, 23, and 26 respectively -- with their own personal hopes and dreams.

Agnes Chow, who turns 24 in her prison cell today, burst into tears in response to her sentence, a trenchant reminder of the individual costs of political dissent. That something so human can elicit anything other than collective sympathy is a loss that reaches far beyond the world of politics. It suggests that in our pursuit of sectarian gains, we stand to lose something more valuable: the basic human qualities core to us all.