Japan Inc. will defy its critics and innovate once more

Faced with an aging society, companies can overcome conservatism and embrace a digital world The Japanese government seeks to double digital payments to 40 percent of all transactions by 2027. (Photo by Wataru Ito)
CopyCopied

Japan's corporate leaders face a big challenge in fulfilling the nation's ambitious plan to create what the government calls Society 5.0, a supersmart world in which digital innovation leads the way.

Tokyo wants to be a global trailblazer in developing Society 5.0 and resolving economic and social problems by incorporating digital tools -- such as the Internet of Things and big data, artificial intelligence, robotics, and the sharing economy -- into everything from industrial output to social care.

But do Japanese executives have the courage to take the required steps? Historically conservative companies, led by risk-averse managers may be willing to dabble in early development-stage projects, but making the jump to full-on investments and rebasing their businesses on the large-scale use of AI may prove challenging.

The corporate cultural aversion to risk is being pitted against a clear government mandate for change, driven by demographic and economic reality.

The National Institute of Population and Social Security Research projects that by 2030 Japan will have two people in the labor force to support each single senior resident, aged over 65, and by 2060 it will have just 1.5 people in work for every senior resident.

Japan isn't any different from other nations in wishing to put digital technology high on the agenda. But what sets Japan apart from say, China, is that it will face acute workforce shortages much earlier than other Asian countries, because its society is aging sooner and it has little readiness to accept large-scale immigration.

So Japan must go first using tech to support its economy and its people.

The term "Society 5.0" is straightforward. The first human society was the hunter-gatherer community, or Society 1.0. That gave way to an agrarian life (Society 2.0), and later to industrial society (Society 3.0). Now we are living in the information age (Society 4.0), but slowly evolving to the next stage -- Society 5.0, or the age of artificial intelligence.

In Japan's vision of Society 5.0, as outlined in the Fifth Science and Technology Basic Plan, AI systems will convert big data into new, meaningful intelligence that will impact every element of society. It will be used to make peoples' lives more comfortable and sustainable, providing people with bespoke and timely products and services.

Japan is well positioned to be at the vanguard of Society 5.0 because it has a huge trove of real and usable data from its universal health care system, tax authorities, and a wealth of operating data from numerous manufacturing facilities.

In financial services, Japan seriously lags behind some rivals, notably China and South Korea, in adopting digitally-based cashless payment. The government seeks to double digital payments to 40 percent of all transactions by 2027 from 20 percent in 2016. That would still put Japan behind its financially digitally-savvy neighbors. According to estimates by the government using 2015 data from the World Bank and BIS, Japan's cashless rate was only 18.4 percent, while China was already at 60 percent and South Korea was 89.1 percent.

But the necessary leap forward is not problematic as the technology exists and Japan has in place a secure legal and commercial environment. There is ample technology from around the world to adopt and improve (just as Japan did with automating cars and making video games fun). Japan doesn't have to innovate, it simply needs to implement. The elderly play with a humanoid robot Palro, manufactured by Fujisoft, at a day-care center.

The private sector, a long-standing and enthusiastic developer of robots, will likely continue to innovate -- robots have captured the imagination in Japan; they hold a futuristic mascot status. Innovative humanoid robots will find a natural home in health care.

More generally, the real challenge will be moving from proofs of concepts (POCs) to wide-scale implementation of digital solutions in industry and infrastructure. At Accenture, we have worked with companies in Japan that are experimenting with sensors to detect breakdowns in manufacturing and resources plants; we have advised on using radio-frequency identification, or RFIDs, to identify and move inventory in factories, and we have helped companies build "digital twins" which are literally digital representations of an object, such as an engine or a machine, that enables people to monitor, manage and adjust functions remotely.

But the next step for most such companies will be to scale up solutions. That requires capital, and guts. Skeptics will say that the C-Suite executives of Japanese companies will stop at the proof-of-concept level because of the cultural aversion to risk. They will prove the technology works but won't seek wide-scale implementation for fear of failure.

I disagree. From my discussion with executives in Japan I see a willingness to take that next step -- and scale up. Leading Japanese entrepreneurs -- from Softbank's Masayoshi Son to Fast Retailing's Tadashi Yanai are among the most progressive in the world. An emerging generation of executives, such as Hiroshi Mikitani, the chief executive of e-commerce and internet company Rakuten, are demonstrating a willingness to innovate.

Furthermore, even the most conservative of leaders will be compelled to innovate because there is a political mandate to respond to a declining population without importing a lot of talent but relying instead on Japanese ingenuity.

It is not just about filling gaps in the domestic economy but about creating a new wave of Made in Japan exports.

The quality of top Japanese corporate leadership should come as no surprise. After all, Japan was at the forefront of global consumer electronics development in the 1970s and 1980s -- led by Sony, Panasonic and Sanyo. It can do the same in Society 5.0.

Achieving Society 5.0 is no easy task, but it will happen. To critics who say Japan is too far behind its peers, notably in financial services, I say fear not, Japan will catch up. To critics who claim robots are just gadgets, I would reply "You were right a decade ago, but not anymore." To those who argue that Japanese industry must focus first on implementing -- and making money from -- existing technologies, I would respond, "That is correct, but Japan's corporate leaders will take the next step because they have a mandate to press on from the government and from society at large."

That mandate will not fade away but become ever more pressing as the population ages. 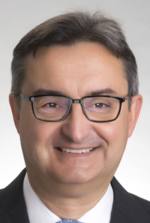