Japan is not ready for an influx of foreign visitors 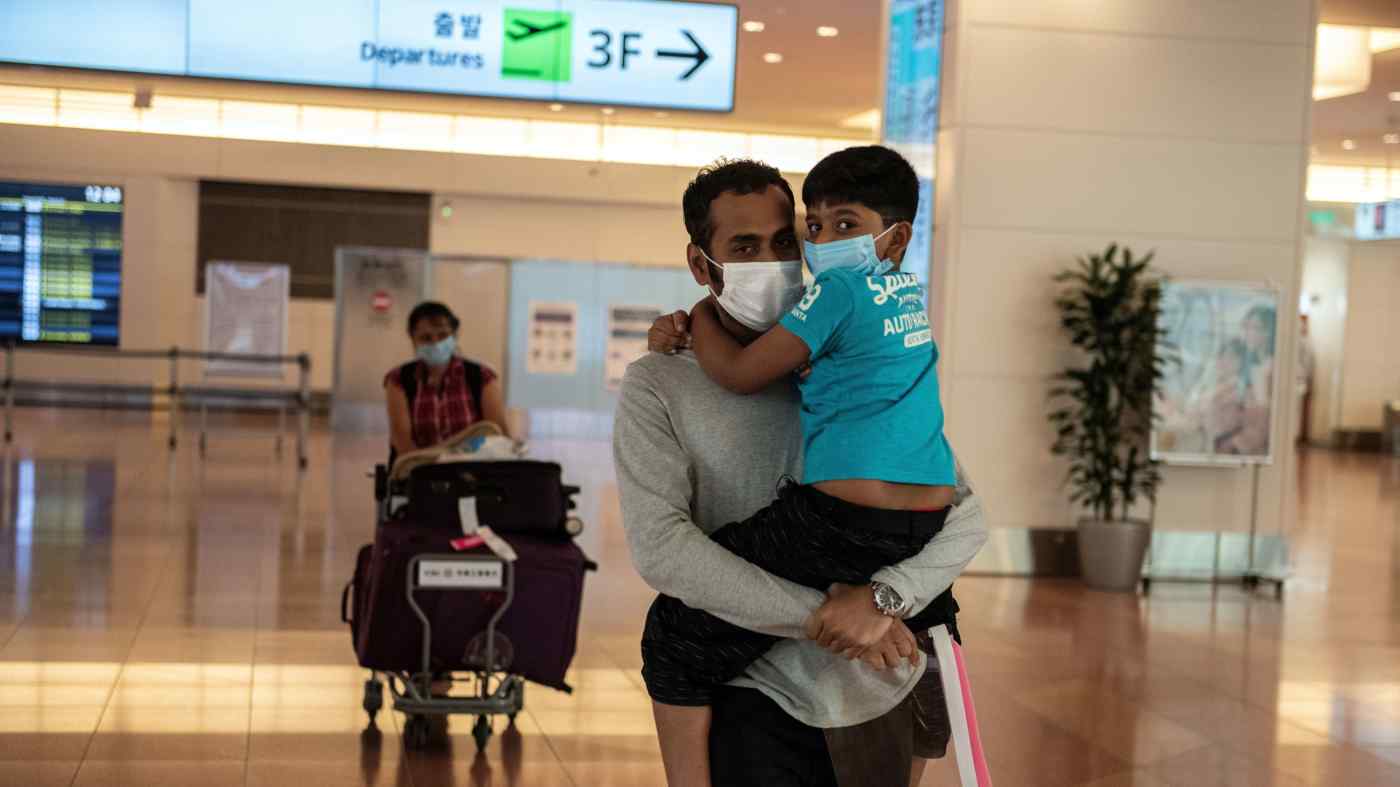 An Indian man who remained in Japan holds his son after he arrived with his mother on a flight from New Delhi to Haneda Airport on Oct. 1: the coronavirus pandemic is testing Japan's strength.   © Getty Images
CopyCopied

A new ad from Yonex, the Tokyo-based sports equipment brand celebrating 2020 U.S. Open winner Naomi Osaka features the assembly of one of its precision tennis rackets.

This melding of high-quality made in Japan excellence with Grand Slam sports ends with the image of a smiling Osaka accompanied by the affecting tagline: "Your victory, is our victory."

The same could be said about the citizens of Japan and its government with regard to battling COVID-19. But that does not mean that Japan is ready to deal with the consequences of planeloads of foreigners entering the country.

That is because most Japanese see foreigners as potential carriers of the virus, not as a means to help Japan open up its economy. According to the new rules, all it would take is one infected outsider to slip through Japan's stringent screening measures to shut down the country again.

Japan's initial policy response to COVID-19 was relatively limited and slower compared to some of its Asian neighbors. Then-Prime Minister Shinzo Abe took nearly three months to declare a state of emergency after the virus was first detected in mid-January.

Despite the huge annual influx of Chinese tourists and foreign students, Japanese authorities saw the coronavirus as an outside problem. Even the fiasco surrounding the Diamond Princess cruise ship -- a floating petri dish moored at Yokohama Bay that captured the attention of the world's media -- failed to move the government toward implementing stricter measures to control the virus. Growing infection numbers onboard the cruise ship were seen as having little, if anything, to do with Japan.

In fact, Japan based its entire pandemic strategy around limited testing of the domestic population and relying on identifying small clusters before they grew into widespread outbreaks. Japan placed its highest level of priority on international travel controls, including banning foreign tourists.

As of October, a limited number of returnees -- business, long-term residents, and foreign students -- are now permitted into the country with on-the-spot virus screening of all arriving passengers, and a system of self-quarantine for new arrivals with daily temperature checks reported to local authorities.

One of Japan's "greatest strengths is its social cohesion: the near-universal sense of solidarity, of mutual trust, of responsibility," as R. Taggart Murphy -- author of Japan and the Shackles of the Past -- once put it. But the coronavirus pandemic, in the context of today's highly globalized economy, is testing that strength. Outsiders are automatically suspect and are more easily susceptible to scapegoating. And when social cohesion is interrupted, mutual trust is harder to maintain.

Even before the outbreak, Japan was already dealing with some of the lowest levels of trust in the developed world. In the most recent Edelman Trust Barometer, only 15% of Japanese believed that they and their families will be better off in five years' time, compared to 36% in South Korea and 43% in the United States. Former Prime Minister Abe and his administration also earned surprisingly low numbers of public support, despite COVID's lower impact in Japan compared to many other countries.

On July 1, when Japan added more countries to its travel ban, I thought that the stringent closure policy was too closely tied to Japan's image and reputation. It was also selective, favoring business executives and engineers from certain safe countries. Now that I am back in Tokyo, any undermining of social cohesion and trust will be very costly if the country opens up before it is ready.

Without the 30 million-plus that made Japan one of the world's top tourism destinations, tourists will not be allowed to come back to Japan until April, a few months before the postponed Summer Olympics. Overall, we should not expect that Japan's globalization-driven economy, with its heavy reliance on foreign tourism and a major uptick in foreign students, to fully recover to pre-COVID numbers anytime soon. But in the meantime, there are some positives to emphasize. 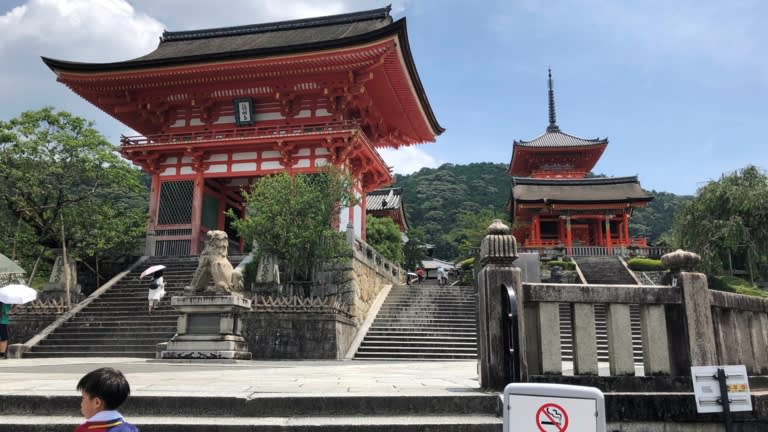 The entrance gate to the Kiyomizudera temple, pictured on Aug. 6: foreign tourists will not be allowed to come back to Japan until April.   © Reuters

For those inside the Japan bubble, domestic travel is more attractive than ever. Regional tourism, which until coronavirus arrived was geared toward overseas visitors, has had to shift back to the domestic traveler. Since late May, domestic travel has been heavily subsidized throughout the country and the changing seasons with zero foreign tourists have presented an opportune time to take in some of the country's natural treasures.

A gradual reopening is also something that might allow for more strategic communications and planning. Global connectedness and integration should proceed at a brisker pace across digital platforms. This is an opportune time for the Suga administration to embrace international science and technology collaboration along with more gender balance.

Japanese universities can continue to globalize by giving their foreign students and foreign faculty more research opportunities with an eye toward increasing publications in international journals. Demographics do not lie. Japan cannot sustain a future without becoming more open to the world. Unfortunately, COVID-19 has tampered with that vision at the most interpersonal consumer level.

Over the last decade, Japan's economy depended on global everything: travel, commerce, education, and tourism. Nevertheless, Japan has no choice but to walk a slower line when it comes to allowing foreigners back into the country to help create a more successful future passage into Japanese society.