Japan must be better prepared for the next pandemic 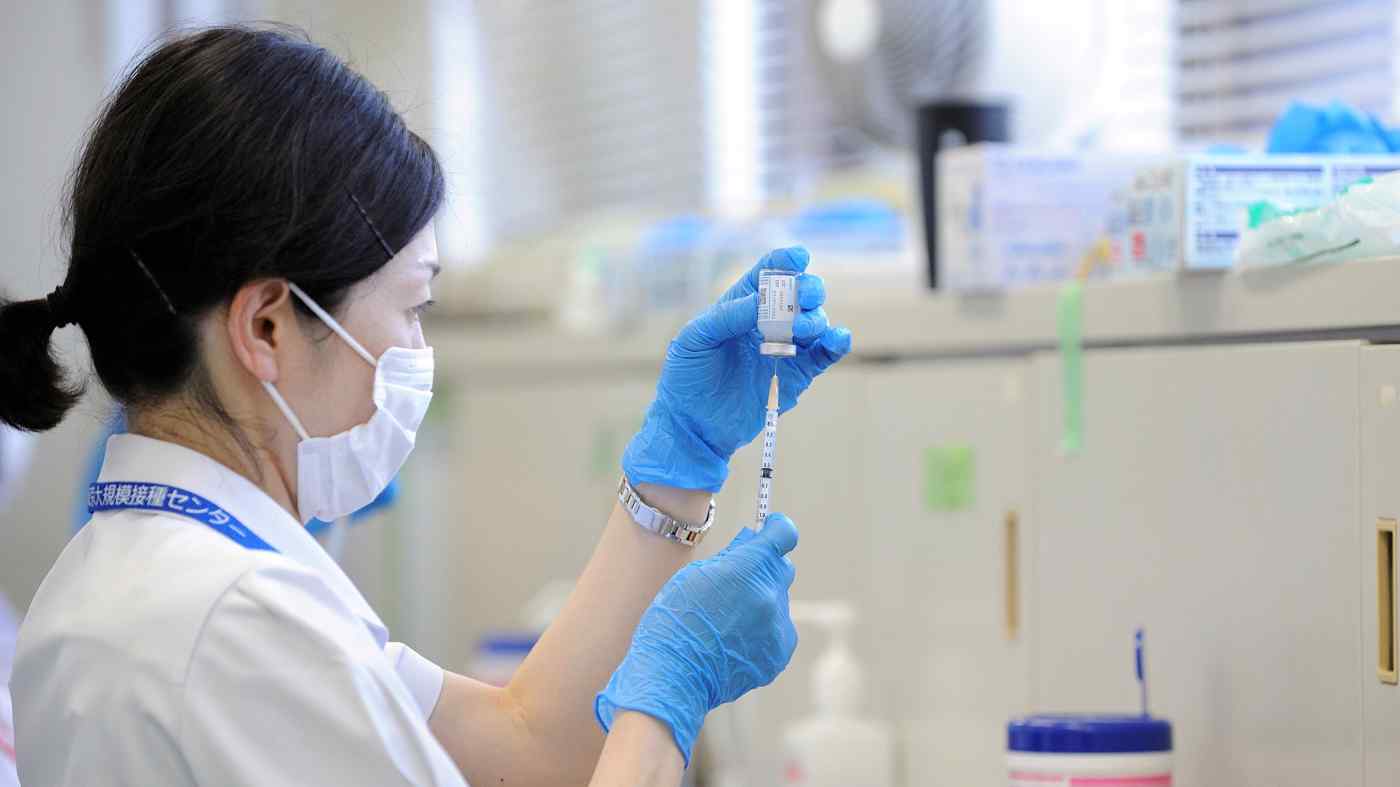 A medical worker fills a syringe with a vaccine at a mass vaccination site in Tokyo on June 9: regulatory hurdles, a lack of coordination across municipalities and an onerous approval system have kept millions of available shots from getting into people's arms.   © Reuters
CopyCopied

Kenneth E. Thorpe is a professor of health policy at Emory University and advisory board member for the Partnership to Fight Infectious Disease.

In the pandemic's early days, while Western countries struggled to tamp down surging case numbers and prop up health systems on the brink of collapse, Japan could take comfort in the fact that the pandemic was mostly under control within its borders.

COVID-19 has claimed just over 14,000 Japanese lives to date, compared with 600,000 fatalities in the U.S. -- the country with the highest death toll. All of this confirms our long-standing respect for Japanese efficiency -- and civic solidarity.

Yet one month out from the start of the 2020 Tokyo Olympics, Japan's case numbers are climbing and its vaccination campaign is proceeding at a crawl. As of June 21, only 7.2% of Japanese are fully vaccinated and the country's inoculation rate is the lowest of the 37 nations that make up the Organization for Economic Cooperation and Development.

To those of us used to seeing Japan at the forefront of social indices, this is startling.

These statistics not only cast a shadow on Japan's otherwise strong response to the pandemic -- they also jeopardize its ability to fully eradicate COVID-19. That reality makes it all the more critical for the government to acknowledge the limitations of its COVID-19 response so Japan can emerge better prepared to tackle the next public health emergency.

Japan's vaccine woes predate the current pandemic. A slew of lawsuits against the government during the 1970s in response to side effects linked to a smallpox vaccine sent public confidence in immunization efforts plummeting.

Public support for vaccinations eroded further after a flurry of misinformation around the measles, mumps and rubella vaccine in the 1990s, and regulators' decision to stop recommending the human papillomavirus vaccines in 2013. Today, fewer than 30% of Japanese strongly agree that vaccines are "safe, important and effective," according to a Lancet study.

While it is true that Japan struggled early on to obtain enough vials of the Pfizer-BioNTech vaccine, it has now amassed a stockpile of 30 million doses. But regulatory hurdles, a lack of coordination across municipalities and an onerous approval system have kept millions of available shots from getting into people's arms. The country only approved the AstraZeneca and Moderna shots in late May. Local residents wait for receiving the Moderna coronavirus vaccine at a mass vaccination center in Yokohama on June 6: Japan's vaccination campaign is proceeding at a crawl.   © AP

The sluggish vaccine rollout has left citizens feeling frustrated. A mere 9% of Japanese think the vaccine campaign is going well, compared with 82% who believe the pace is glacial, according to an opinion poll conducted by NHK, Japan's national public broadcaster, over two days from May 1 to 2.

Japan's poor vaccination rate may have undercut confidence in the nation's readiness to tackle future public health emergencies. A record 32 million global tourists visited Japan in 2019, and 20 million Japanese travel abroad each year. That Japan is such a global hub speaks to its cultural vibrancy and economic strength, but also increases its susceptibility to future infectious disease outbreaks. This makes preparedness all the more essential.

The Japanese government also has significant economic incentives to end the pandemic. The International Monetary Fund estimates that the U.S. and China will this year see economic growth of 6.4% and 8.4% respectively. The IMF estimates that Japan's economy, by comparison, will only grow by 3.3%.

What can be done to bolster Japan's vaccination efforts, as well as its readiness for future public health emergencies?

We at the Partnership to Fight Infectious Disease -- an international coalition of patients, business and health policy experts committed to fighting chronic disease -- have a few suggestions. As we begin to expand our work to Japan, I offer these thoughts in a spirit of collaboration.

First, the government should develop a national pandemic preparedness strategy. A viable plan will focus on preserving health care access where it already exists and filling gaps where needed. It should also include provisions that strengthen health care infrastructure and bake in policies that encourage future drug discovery.

An effective pandemic preparedness strategy would also include policies aimed at improving health literacy and stopping the spread of misinformation. COVID-19 shows us how corrosive anti-vaccine movements can become. A coordinated effort by the Japanese government to restore public trust in vaccines would go a long way toward preventing deaths during future disease outbreaks.

Most critically, the government should work to adopt policies that encourage and reward biomedical innovation. While Japan remains a leader in drug development, recent regulatory changes have weakened its innovation ecosystem and threaten to undercut future R&D efforts. By strengthening intellectual property protections, restoring value-based drug reimbursements and eliminating market barriers, Japan could be a global leader in drug discovery for years to come.

Japan, many believe, is the world's most resilient nation. By building on the strengths of its COVID-19 response and working to overcome its shortcomings, the Japanese government can guarantee Japan's swift recovery from this pandemic -- and a readiness to respond to the next.