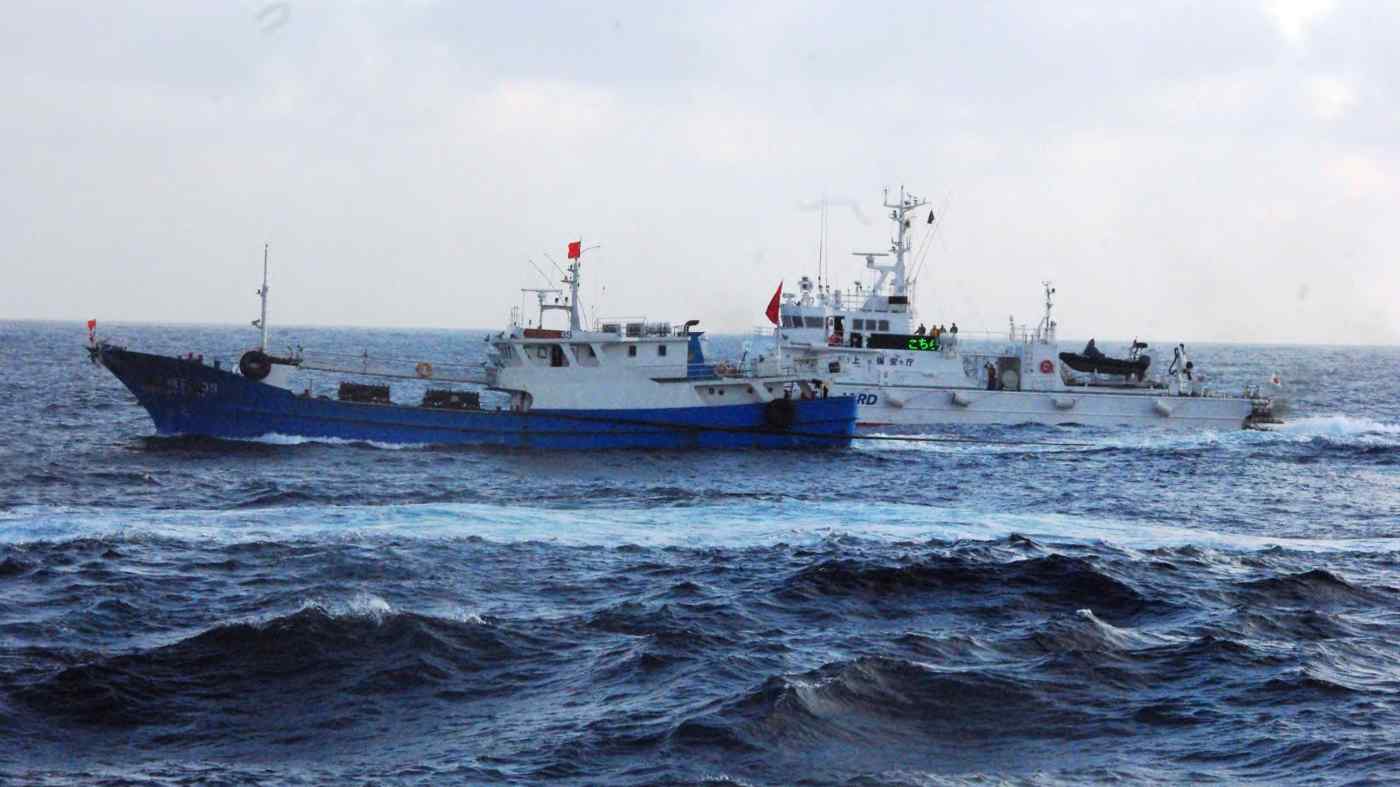 A Chinese fishing boat, left, cruises next to Japan Coast Guard vessel in the East China Sea in February 2013; a Chinese strike against the Senkaku Islands could come when Japan least expects it.   © 11th Regional Coast Guard Headquarters/Reuters
CopyCopied

Beijing's stealth aggression against India along the Himalayan border represents a geostrategic sea change. Given China's stepped-up incursions in or near Japanese waters, this has serious implications for Japan as well.

As part of President Xi Jinping's aggressive expansionism, China is pursuing a strategy of attrition, friction and containment against Japan and India -- its two potential peer rivals in Asia -- in order to harass, encumber and weigh them down. This includes China's efforts to police the waters off the Japanese-administered Senkaku Islands in recent months in order to weaken Japan's control and strengthen its own sovereignty claims.

More broadly, Xi's regime is pushing expansive claims on the basis of an ingenious principle -- "what is ours is ours and what is yours is negotiable." This has been underscored by China's newly minted claim to tiny Bhutan's eastern region, which shares a border only with India. Perhaps the only time since the end of World War II that one state has laid claim to territory that can only be accessed via another country, China has sought to simultaneously advance its designs against Bhutan and India.

And when Tokyo lodged a protest last month after a Chinese government ship conducted marine research activity in the exclusive economic zone off Japan's southernmost point, Beijing responded that "Japan's unilateral claim [to an EEZ there] has no legal basis." Some in China are even questioning Japanese sovereignty over Okinawa.

China's various territorial claims, from the East China Sea to the Himalayas, are based not on international law but on alleged history. The Chinese Communist Party's practice is to furtively occupy another nation's territory and then claim that the captured area was part of China since ancient times.

Japan could learn from the CCP's practices and from India's mistakes that made it the target of China's latest aggression. After all, China's strategy against Japan is fairly similar to the one it is pursuing against India.

Incremental advances by stealth below the threshold of war are integral to China's strategy. Admiral Philip Davidson warned in 2018 before taking over as the U.S. Indo-Pacific commander that China was likely to continue "to coerce Japan without sparking a crisis or conflict."

The first lesson for Japan is that China's aggressive actions bear no relation to the state of bilateral ties with the country it targets, as shown by the fact that the Chinese aggression in Ladakh came just six months after Xi declared during an India visit that "China-India relations have entered a new phase of sound and stable development."

Another sign that the CCP's revanchism is unaffected by ostensible improvements in bilateral relations was the 2019 increase in Chinese incursions into the Senkaku territorial waters and airspace compared to the previous year.

Attempts to placate Beijing also tend to backfire. After Narendra Modi became Indian prime minister in 2014, he bent over backward to befriend China, including delisting it as a "country of concern" and halting official contact with the Dalai Lama. For nearly six years, Modi ignored all warning signs, including a rising tide of Chinese incursions, especially into Ladakh, and China's capture of the Bhutan-claimed Doklam Plateau following a 73-day standoff with Indian troops there. 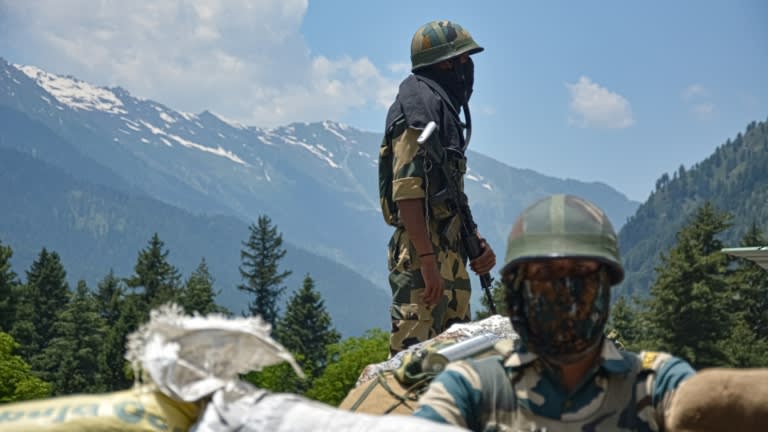 There is a cautionary tale for Japan here. Tokyo, since Prime Minister Shinzo Abe's 2018 visit to Beijing, has emphasized improving ties with Beijing and responded with conspicuous restraint to the longest series of Chinese incursions into Japanese waters in years.

After its disastrous 1979 invasion of Vietnam, China developed a strategy of winning without fighting. Deception, concealment and surprise have driven its bulletless aggressions, from seizing Johnson Reef in 1988 and Mischief Reef in 1995, to occupying the Scarborough Shoal in 2012.

And now China occupies several vantage points in Indian Ladakh, perhaps following ancient Chinese military strategist Sun Tzu's advice to "plan for what is difficult while it is easy" by striking when a distracted India was busy wrestling with the coronavirus outbreak.

All of which suggests that a Chinese strike against the Senkaku Islands could come when Japan least expects it.

India's deeply rooted reactive culture has allowed China to keep the initiative, including when and how to needle India or infringe its sovereignty. Japan, too, has spent years being on the defensive and must come out of its reactive and pacifist mode to safeguard its long-term security. A more secure Japan will also help underpin peace in the Indo-Pacific region.

Today, Japan needs to deal with a more immediate challenge. Once the China-set suspension of fishing around the Senkaku Islands ends on August 16, Chinese provocations could escalate, with the possible entry of many Chinese fishing boats and Coast Guard ships. After all, China's aim is to progressively alter the status quo in its favor.

It is past time for Tokyo to turn the tables on China's machinations by responding assertively, including disabling Chinese state ships and detaining their crews when they engage in provocative activities, such as chasing Japanese fishing vessels. Otherwise, Japan will increasingly find itself at the receiving end of China's muscular revisionism.