A Biden presidency will not damage the alliance with Tokyo 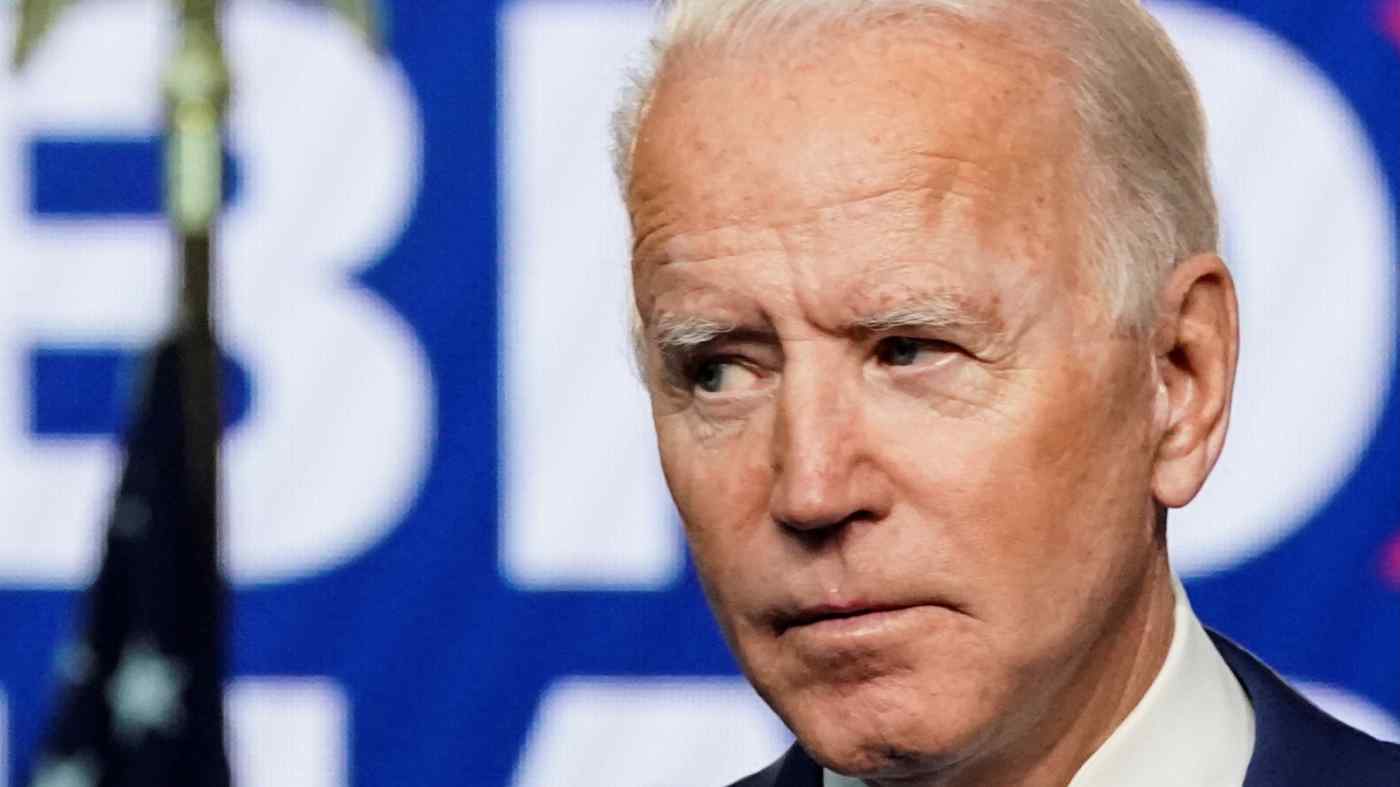 Brad Glosserman is deputy director of and visiting professor at the Center for Rule Making Strategies at Tama University in Tokyo. Ellis S. Krauss is professor emeritus specializing in Japanese politics and U.S.-Japan Relations at the University of California, San Diego.

Now that Joe Biden has won the U.S. presidential election, the official response from Tokyo will echo a former Japanese ambassador, who likened election results to opening presents from relatives on Christmas: whatever you get "it's just what I wanted!"

Privately, there will be groans. Since the 1980s, Japan's political and media elites have believed that Republicans are better for their country than Democrats. That thinking is wrongheaded and dangerous. Republican and Democratic support for the alliance is bipartisan and strong.

The Japanese preference for Republicans reflects three tendencies, all of which are outdated.

The first is the GOP's historical support for a strong military. The roots of this alignment were planted during the Vietnam War, when the left in the U.S. became the most vocal opponents of that conflict. This opposition metastasized into opposition to the military and the militarization of security policy more generally.

Given Japan's dependence on the alliance, that was alarming. Since the 1990s, however, Democratic administrations have been as supportive of the alliance and the U.S. Article 5 obligation to defend Japan as their GOP counterparts. Barack Obama, a Democrat, first called for a "rebalance" to Asia and was the first president to directly acknowledge that the Japanese-administered Senkaku Islands, which China claims as the Diaoyu, were covered by the Security Treaty.

The second reason for Japan's preference for the GOP is the historical influence of labor unions in the Democratic Party and their push for a tough line on trade. This conveniently ignores frictions between Republican President Richard Nixon and Prime Minister Eisaku Sato over textiles in the 1970s, conflicts in the 1980s between the Ronald Reagan and George H.W. Bush administrations and that of Yasuhiro Nakasone and his successors. Reagan arguably imposed more tariffs and encouraged more quotas on Japanese goods like semiconductors and automobiles than any other U.S. president.

The third explanation highlights warm personal relationships forged between Japanese and Republican leaders, the most famous being that of "Ron-Yasu" -- Reagan-Nakasone -- which was followed by that between George W. Bush and Junichiro Koizumi, and most recently the Trump-Abe relationship. 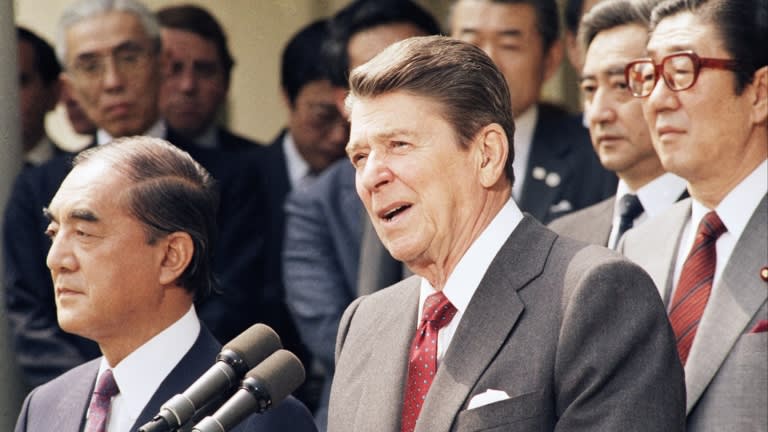 Ronald Reagan, center, and Yasuhiro Nakasone make comments during a ceremony at the White House in April 1986: they developed warm personal relationships.   © AP

One reason for the good relationships is mundane: Republican presidents had time to build those ties. Reagan had one counterpart for most of his time in office and Bush had just Koizumi for his entire first term. Democrats like Bill Clinton and Obama dealt with frequent turnover in the Kantei, the Japanese Prime Minister's official residence. GOP presidents also dealt with prime ministers committed to pushing Japan to do more militarily, a position that would endear them to any U.S. president.

At the heart of negative perceptions of Democratic presidents is China. Concern germinated during Clinton's trip to China in 1998, when he failed to stop over in Japan, nurturing doubts that Tokyo was being replaced by Beijing in the minds of U.S. strategists. Nevertheless, Clinton did much to contain North Korea. That myth also leaves out the greatest shock to the relationship: Nixon's 1973 trip to China, when he only informed Tokyo 30 minutes before the news broke.

Concerns were compounded in the Obama era when Xi Jinping proposed "a new type of great power relations" between Washington and Beijing and the U.S. appeared to consider the offer. In fact, the U.S. never seriously considered the proposal. Japanese foreign policy professionals also fault the Obama team for erring on the side of engagement and not responding fast enough to rising Chinese power. Obama administration officials insist that they were attentive to Chinese revisionism and sought to counter Beijing's muscular foreign policy.

For all the failings of the Trump administration, conservative politicians and bureaucrats in Tokyo support its China policy. Japan backs its hard line against China and wants to see it continue. They will almost certainly get their wish."

The center of gravity in U.S. thinking about China has shifted, and policymakers will be more hard-nosed when they engage Beijing. The Biden administration will be more strategic, consistent and multilateral as it does that, however.

Biden is more avuncular. He believes in personal relationships and will try to build them to restore the trust and confidence in the U.S. that has plummeted during the Trump years. His humble background could provide the foundation for a relationship with Prime Minister Yoshihide Suga, who has hardscrabble roots as well.

All will not be sweetness and light, however. The Biden administration will, like its predecessors, continue to push Japan and other allies to contribute more to alliances, including host nation support. Japan must also be prepared for a Biden presidency that is distracted by U.S. domestic needs, demand that intensified during a bitter and close election. This is not withdrawal, but it does reflect a need to rebuild national consensus so that the U.S. public will support its international commitments.

Warm relationships ease communication and prevent misunderstandings but they do not alter fundamental realities. Presidents and prime ministers do what they perceive to be best for their national interests and domestic political standing. Fortunately, both countries' national interests continue to align and both parties in Washington recognize that the U.S. and Japan are stronger when they work together. Here Biden may have an advantage. Whatever he proposes will look better than Trump's mercurial demands and threats.