The main reason is self-defence, not as a favor to Washington 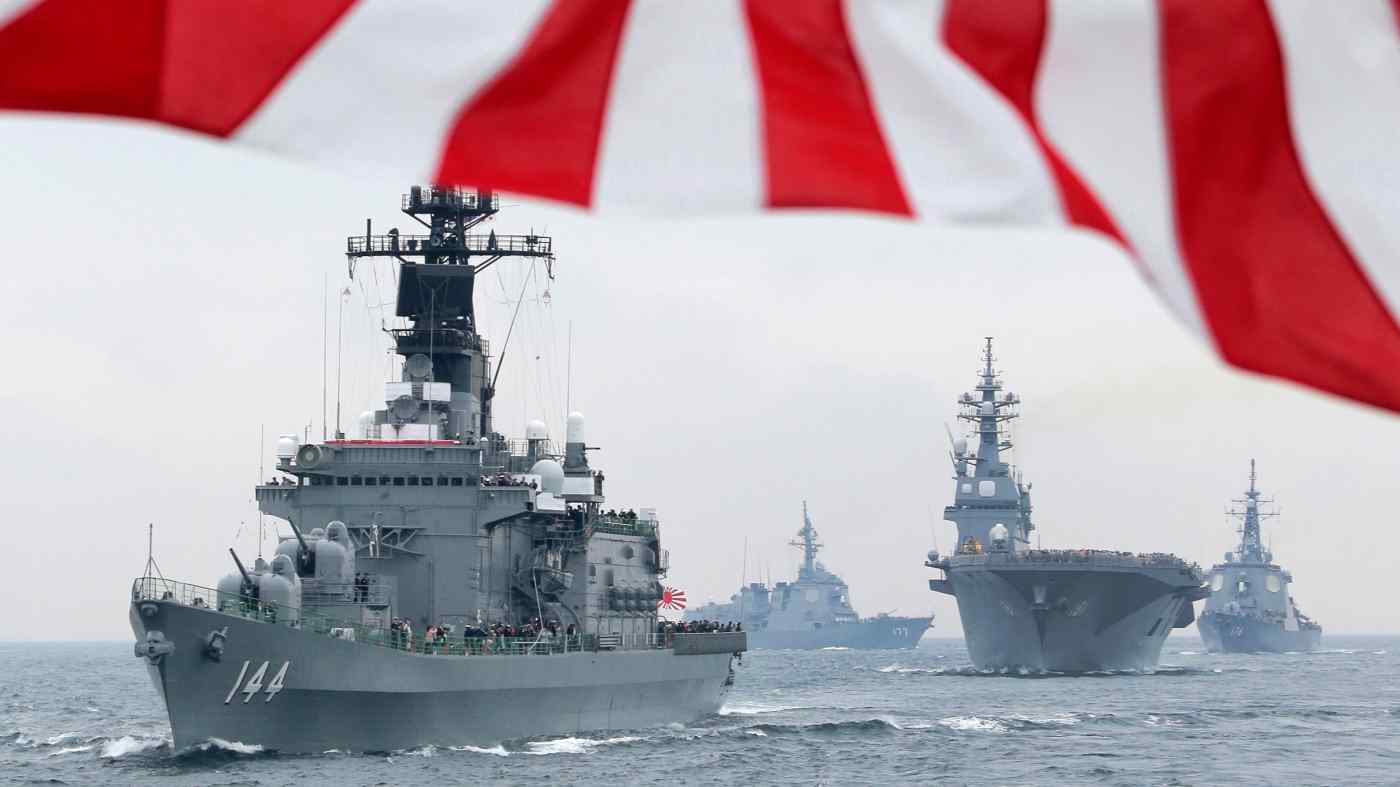 Japan Maritime Self-Defense Force fleet review off Sagami Bay, south of Tokyo: something does not add up.   © AP
CopyCopied

Elbridge Colby is a principal at the Marathon Initiative. Previously he served as U.S. Deputy Assistant Secretary of Defense for Strategy and Force Development from 2017-2018, leading the development of the 2018 National Defense Strategy.

Japan needs to spend a lot more on defense. Though relations between Tokyo and Washington are very solid, the simple fact is that America cannot and, if pressed, very likely will not balance China effectively alone. Japan needs to play a much greater role, not as a favor to Washington, but for its own sake.

Here are the key facts: China continues to grow in strength, including in military power. Beijing's People's Liberation Army has made enormous strides in the last decades, and increasingly will be able to contest the U.S. and its allies for advantage in the Western Pacific. This situation is only growing more serious.

Tokyo understands this, recognizing that Japan, as Asia's second-largest economy and Washington's most important ally in the region, is Beijing's top target. China must bring Japan to heel if Beijing is to reach its goal of regional hegemony. Accordingly, no government in the region is more insistent on the challenge posed by China than Tokyo.

Yet something does not add up. The U.S. spends roughly 3.2% of its gross domestic product on defense, and is focused on China as the pacing military threat through its 2018 National Defense Strategy, a prioritization the Biden Pentagon has pledged to continue.

Neighboring South Korea, meanwhile, spends 2.6% largely to deal with a smaller threat from North Korea. Japan, however, spends only 1% of its GDP on defense. Indeed, despite a request from the Ministry of Defense for an increase of 8.3% in 2021, the actual Japanese defense budget will only inch up 1.1% this year. Meanwhile, China's will grow by over 6% -- again.

This is untenable. First of all, a greater effort by Japan is necessary as a simple matter of balancing accounts. Given the size and sophistication of the PLA, Japan cannot spend so little on defense. Increased Japanese efforts would have a clear and material impact on the local military balance with China, which is now grave. Failing to do this will imperil Taiwan and the Philippines, and ultimately Japan itself, which will be isolated if these states fall under Beijing's shadow. Moreover, Japan, the world's third-largest economy, can readily spend considerably more on defense. Second, such a low level of defense spending raises the risk of American retrenchment. As China continues to grow in power and asserts itself in the region, Americans will be called upon to make a greater effort and assume more risk to check it. Yet this heavier requirement will coincide with other increasingly pressing spending demands.

In these circumstances, Americans will have the option to limit or even reduce their own defense spending, privileging domestic concerns over balancing China. This would be a mistake, but such retrenchment is not unprecedented; Americans eventually judged the costs of the war in Vietnam to be too great and abandoned the effort.

It is especially important to emphasize this point now, as the Biden administration is heavily messaging a "return to normalcy" in Washington's relations with its allies. But Japan should not take this as a reason to continue on its old path. President Biden is not calling for increases in defense spending. And his early signals suggest he will not be reducing military efforts in Europe and the Middle East, diminishing the Pentagon's ability to prioritize China.

At the same time, Congress will play a critical role in all of this. As political support on both political sides is growing for a more restrained approach abroad, Japan's level of effort will be watched closely.

Looking ahead, Japan should begin to establish, fund and execute a defense budget that matches in scale those of similarly developed allies facing a great power adversary alongside the U.S. For Japan, this would mean a defense budget of at least 2.0% of GDP. Japan's immediate target should be to double its existing defense outlays -- in today's dollars, approximately $100 billion per year.

Above all, this increased spending should go to strengthening Japan's ability to operate alongside the U.S. to defend itself against China. Accordingly, Japan should focus on procuring key high-end systems such as fourth and fifth-generation aircraft, air and missile defenses, anti-ship and other missiles, Aegis-equipped ships, diesel submarines, airborne surveillance aircraft and rotary-wing aircraft.

Such purchases can come from Japanese as well as American industry. In addition, Japan should increase its spending on realistic training and joint exercises with U.S. forces, while making its own basing architecture more resilient and dispersed. For many decades, Japan was able to keep defense spending very low. But that policy was predicated on nearly unfettered American military supremacy in maritime Asia. Those days are gone.

Now, to avoid being dominated by Xi Jinping's China, Japan must make a greater effort in its own defense. This might sound too provocative and risky, but the truth is that failing to do so would be far more dangerous, inviting coercion if not aggression from Beijing and alienation from America. It is most prudent to act now and avert such an outcome.