As a major regional investor and security partner, Tokyo is stepping up Asian geopolitics is often reduced to great-power rivalry between the U.S. and China. This is especially the case in Southeast Asia, where regional leaders have repeatedly expressed their unwillingness to choose between the two.

What is often missed in this binary perspective, however, is the critical role of Japan, not only as a major economic player but also, now, a security provider.

Under Prime Minister Shinzo Abe, Tokyo has recast its regional role into a more assertive force. Japan should continue to serve as an alternative source of stability and prosperity in the region.

In Southeast Asia, Japan continues to be a top provider of infrastructure and development aid. It is no wonder that, according to an authoritative survey this year, Japan remains the preferred major power among Southeast Asian nations.

Japan was the engine of growth and industrialization in the region in the postwar era, through large-scale infrastructure projects and manufacturing investments in the emergent economies of Thailand, Malaysia, Indonesia and the Philippines.

With the rise of China, there was a dramatic drop in Japan's share of regional trade and investment. Yet there has been a significant recovery in its economic influence in the region in recent years.

Partly, it is a matter of diversification. Amid geopolitical friction with and rising costs in China, Tokyo has embraced the China plus one strategy, which seeks to spread Japanese investments into places such as Southeast Asia, most especially Vietnam and Indonesia, as well as China.

There is also an element of competition with China's Belt and Road Initiative. Under its own regional connectivity initiative, Japan -- perhaps surprisingly -- continues to lead in Southeast Asia in new big-ticket infrastructure projects. According to Fitch Solutions, Tokyo-backed projects in the region topped $367 billion, far larger than China's tally of $255 billion.

In Vietnam, the region's new growth dynamo, Japan has 74 projects in various stages of implementation worth $209 billion, which include the vaunted high-speed railway between Hanoi and Ho Chi Minh City, costing $59 billion.

The same is true in Singapore, Southeast Asia's most developed nation, where Japan has 24 large projects, almost twice that of China. And in Indonesia, the region's largest economy, Japan, at 51, is almost tied with China, at 55, which has struggled with negative public opinion, regulatory bottlenecks and hugely delayed implementation of some of its most iconic projects, including the Jakarta-Bandung high-speed railway.

Meanwhile in Malaysia, Mahathir Mohamad's administration has warned against new colonialism from China and aggressively renegotiated existing contracts due to widespread corruption.

Even the region's most China-leaning regimes are starting to become skeptical of Beijing and warmer to Japan's significant investment.

Since coming to power in 2016, the Beijing-leaning Philippine President Rodrigo Duterte has dramatically overhauled the country's Western-oriented foreign policy in favor of warmer ties with China.

Not only has Duterte sought to downgrade defense ties with Western nations, but he also has downplayed maritime disputes with China in the South China Sea in order to attract large-scale infrastructure investments.

Almost four years into Duterte's presidency, however, China's multibillion pledges of large-scale investments are yet to come true.

"Yes, we signed up to this and that agreement [with China], but they hardly materialized," complained Philippine Foreign Affairs Secretary Teodoro Locsin during a recent speech at the Asia Society in New York.

"They hardly materialized and if you were to compare it to Japanese investments and official assistance, nothing," he added, highlighting what he called the "rising Japan" phenomenon.

Despite warming ties with China, the Philippines continues to count Japan as its number-one source of official development assistance, a top investor and a leading export destination.

In contrast, among China's 10 big-ticket projects, so far only the $60 million Chico River Pump Irrigation Project has cleared preliminary phases of implementation. Even the few promising Chinese projects have been undermined by anomalous terms and environmental concerns. Earlier this year, public outcry forced Duterte to call for a comprehensive review of all major Chinese projects. 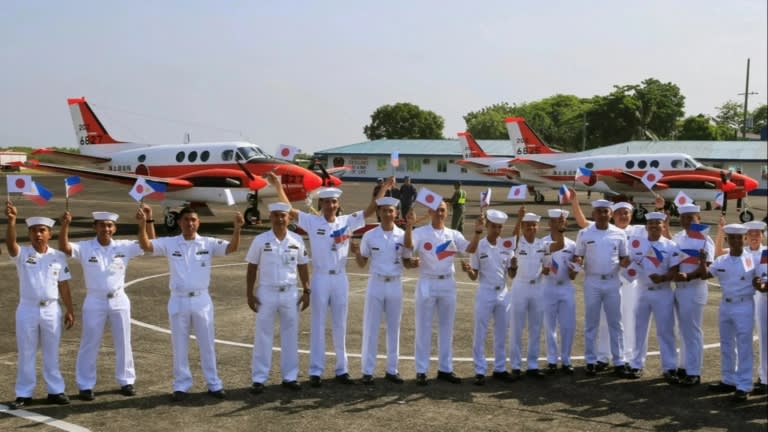 Members of the Philippine Navy welcome the three units of TC-90 aircraft from the Japan Ministry of Defense in Sangley Point in March 2018: Japan has grown its security role.   © Reuters

Japan has grown its security role in the region lately. As tensions have risen between China and Southeast Asian claimant states, it has expanded maritime security assistance to the Philippines, Malaysia and Vietnam. In particular, it has focused on strengthening coast-guard forces as well as maritime domain awareness capabilities of regional states.

Japan has provided TC-90 reconnaissance aircraft to the Philippine armed forces and last year deployed an armored vehicle unit in the Philippine-U.S. annual Balikatan exercises for the first time since the end of World War II.

Philippine Defense Secretary Delfin Lorenzana told me that Japan is contemplating the export of more advanced weapons systems, including the latest radars.

More than a decade ago, Singaporean Prime Minister Lee Kuan Yew urged external powers "to give the region options besides China." Japan is not only providing an alternative to China but also to the binary U.S.-China superpower competition. 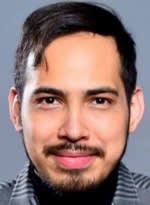 Richard Heydarian is an Asia-based academic, columnist and author of "The Indo-Pacific: Trump, China and the New Struggle for Global Mastery."