Japan's Abe must sell immigration to a skeptical nation 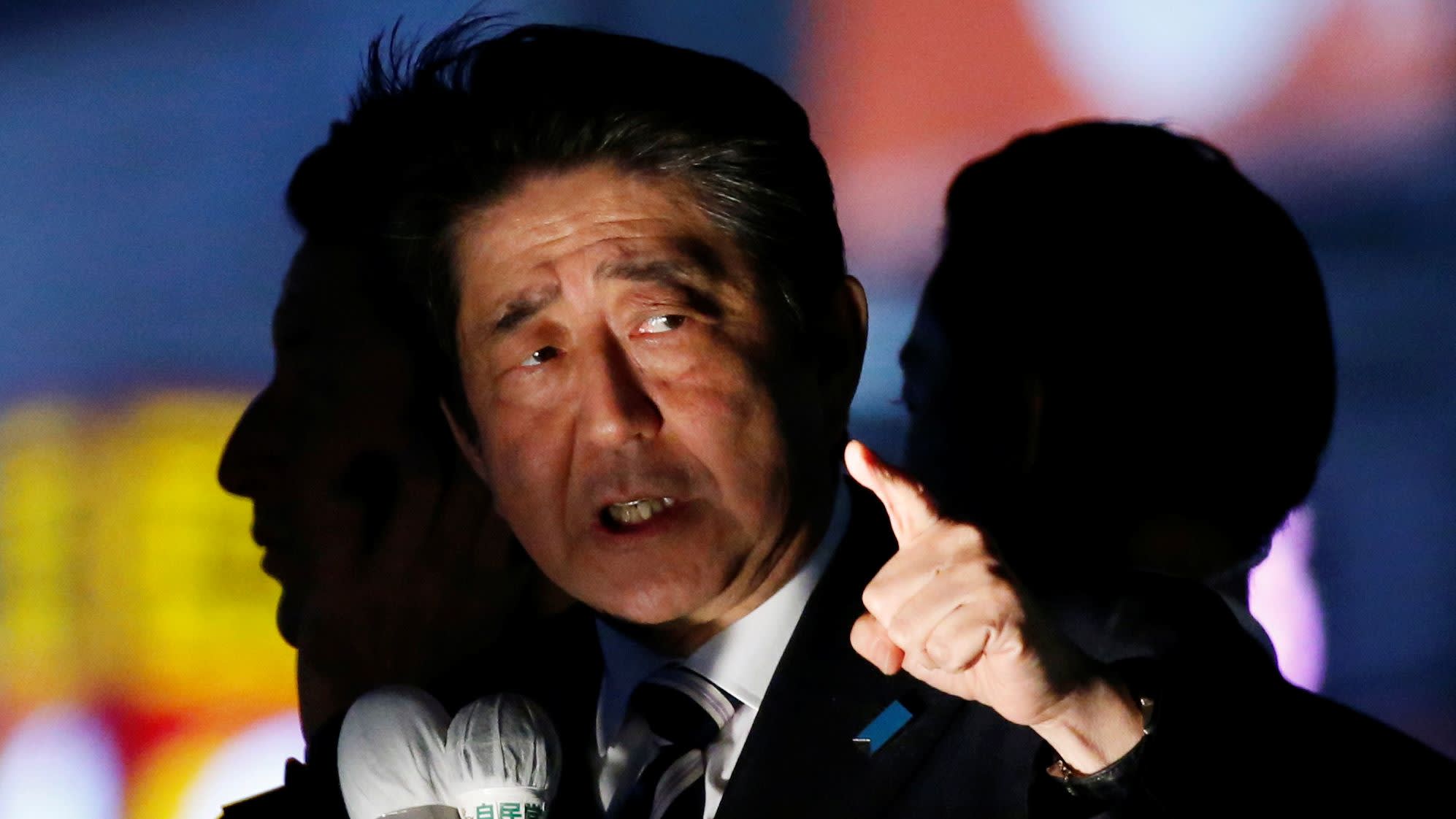 There is one thing that boosters and critics of Shinzo Abe's plan to remake the Japanese economy can agree on: The man is a great talker.

Structural reforms to hone competitiveness have been slow going, even glacial. The Big Bang investors desire has yet to materialize. But five years of flooding markets with liquidity have given the prime minister enough economic maneuvering space to claim some success. Growing excitement over the 2020 Olympics will help further the idea that the economy is becoming more modern. Abe has every opportunity to keep talking.

The good news is that he is now aiming his persuasion skills at the most pressing issue of the moment: increasing immigration. The bad news: He is only hitting the edge of the target. He must go for the bull's eye.

For years, economists watching the labor force shrink urged Tokyo to woo more foreign talent and loosen visa restrictions. Thankfully, those efforts are afoot. Abe's Liberal Democratic Party plans to welcome 500,000 low-skilled foreign workers by 2025. They will be allowed to stay for a maximum five years -- possibly 10 for some given the right circumstances and qualifications.

Progress, but a rather weak response to the country's chronic and growing labor shortages. Without workers, other strategies to the revitalize the economy will go nowhere.

The process behind these immigration tweaks is a balancing act between economic needs and political caution. Why else would Abe entrust the brainstorming to Chief Cabinet Secretary Yoshihide Suga and Justice Minister Yoko Kamikawa, not his economic team? Unsurprisingly, Abe's plan to deepen the labor pool is more compromise than a strategy to recharge a shrinking workforce. Call it "Abe's tightrope walk," says Hifumi Okunuki, executive president of Tozen Union.

For starters, Japan already needs considerably more than 500,000 workers to plug holes in construction, agriculture, elderly care, lodging and other key sectors. Assuming the Diet can work fast enough to bring things on line by year-end, that is just an average of 71,430 workers per year over the next seven.

Next, Abe's compromise line between LDP nationalists and globalists is limiting visa reform. The focus is still largely on guest workers, not permanent immigrants, reducing the plan's scope and economic benefits.

Granted, opening the floodgates is an explosive issue in ethnically homogenous Japan. Skeptics point out that Japan already has a bull market in inflows. Quietly, but steadily, foreign worker numbers have nearly doubled in the last five years to 1.28 million. The population of foreign residents hit 2.6 million in 2017, 2% of the total population. That is a 20% jump in just three years.

But demographic trends are leaving conservatives little choice. Japan's population decline accelerated in 2017. The drop -- more than 394,000 people -- was a record. That dynamic collides with the lowest unemployment rate in 25 years and the highest ratio -- 1.59 -- of jobs-to-seekers since 1974.

Here is where Abe's sales skills could save the day. We foreigners often get a bit preachy when weighing in on Japan's immigration debate. We tend to push the liberal argument, especially those of us who live in Japan and have a personal interest in the free movement of labor.

There is no one-size-fits-all model for economic dynamism. And clearly, Japan has a knack for proving naysayers wrong. But Tokyo's labor scarcity problem is not deepening in a vacuum. It is unfolding at the same time the debt burden is increasing apace.

It is encouraging, for example, that the surge in foreign workers since 2012 has not faced noteworthy pushback from either voters or lawmakers. That could change, of course, and fast. But with majorities in both houses of parliament, Abe should lead rather than yield to cultural taboos that resist immigration in the name of protecting Japan's so-called uniqueness.

He should raise the 500,000 target, accelerate recruiting timetables and use the influence of his office to rethink length-of-stay limits and other restrictive elements of the plan.

For example, families will not, in most cases, be welcome to join loved-ones working in Japan. That will prompt many to look elsewhere. Consider the message it sends: come to Japan to bridge our labor gaps, but do not expect to become a valued member of society.

Abe's team, meantime, is keen on pulling in more top-tier talent. That means wooing entrepreneurs, information-technology experts, engineers, financiers, lawyers and researchers. Tokyo introduced a Canada-like points-based system based on advanced degrees, work experience and achievements. High-scorers, in theory, could be fast-tracked in the permanent residency process. Just because Tokyo wants highly skilled talent, though, does not mean it will come.

Here, too, Abe's team is treating the symptoms of the problem, not the underlying causes. As Jeff Kingston, director of Asian studies at Temple University's Tokyo campus, points out, Team Abe is only "grudgingly" bowing to labor constraints. As such, Abe is "improvising a policy designed to step toward opening up, but averting having a large unassimilated foreign enclave."

Attracting talent is a necessary ingredient to rekindling the innovative spirit that once drove Japan's growth and global reach. And the coming Tokyo Olympics could present the ideal opportunity. Why not add some foreigners to high-profile roles in not just selling the Tokyo Games, but to showcase how Japan is welcoming a fast-changing world?

Incentives matter, too. Among the reasons entrepreneurs set up shop in Hong Kong or Singapore is easier regulatory environments. Another: language. No metropolis, even one as magnificent as Tokyo, can compete without speaking English, the lingua franca of global business.

Life-work balance concerns are another turnoff. One clear Abenomics victory has been prodding companies to boost returns on equity and add more outside directors. It has done, little, though, to internationalize an insular corporate culture that favors compliance over disruption. Japan Inc. still prizes long hours over productivity. It still favors seniority-based pay over merit-based compensation that might rake in more international energy.

The salary structure needs to change, too. Abe's efforts to empower shareholder activism have done little to make mid-career job changes easier. The specter of having to spend 10 years at a company to earn a hefty raise might send foreign talent elsewhere.

Yet none of these upgrades is possible if Abe does not sell them -- and roll up his sleeves. The same goes for truly internationalizing a labor pool that needs serious replenishment. Abe has proven he knows how to spin a narrative. It is time he turned those skills on convincing voters to put out a bigger welcome mat. Japan's economic future relies on it.