Japan's Naoki Hanzawa is a TV hero. But is he a role model? 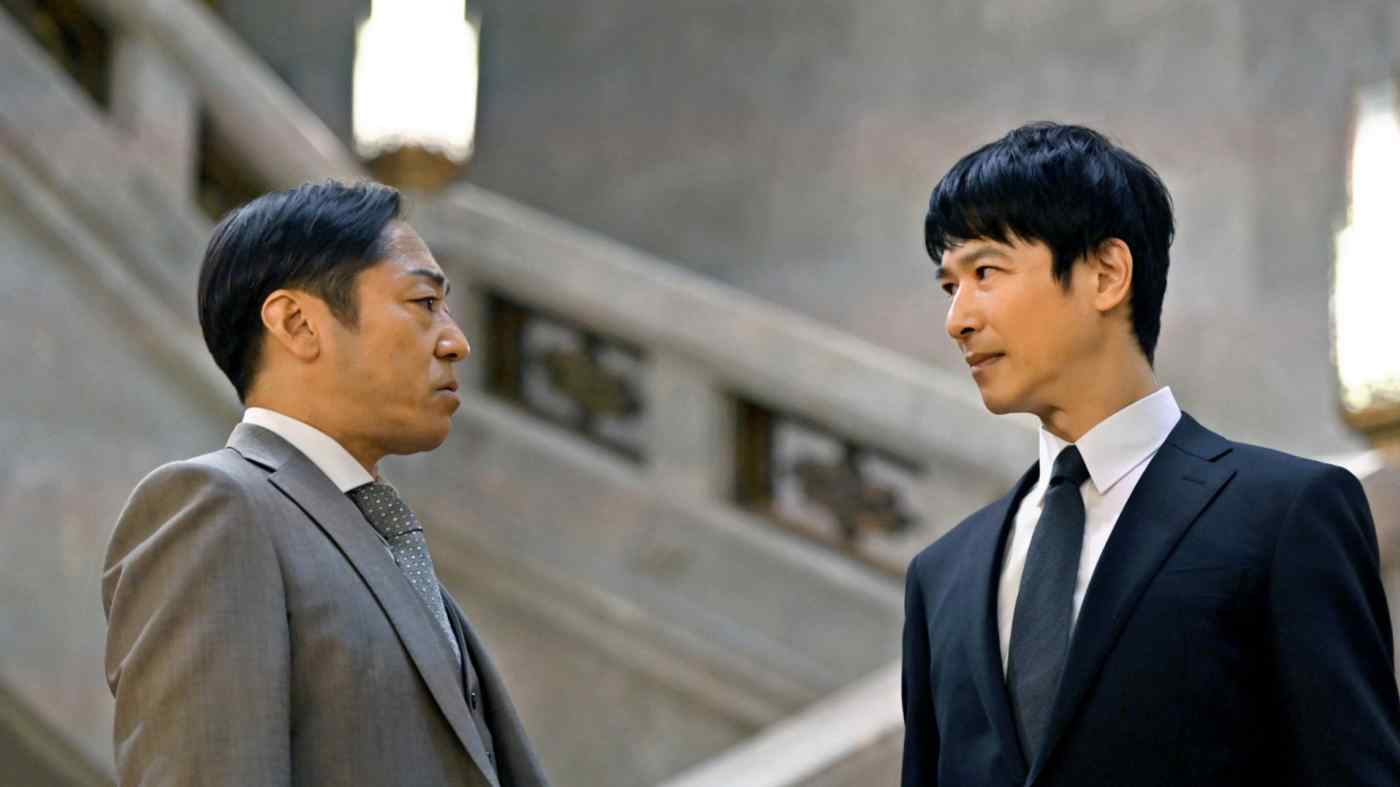 Naoki Hanzawa, right, faces off against one of the executives: Hanzawa's lack of a work-life balance is unacceptable to today's younger generation.   © TBS TV
CopyCopied

A 40-something banker -- the son of a small factory owner who committed suicide after his bank foreclosed on him -- fights against the corrupt world of big business.

That is the basic plotline of Japan's hit David and Goliath TV series Hanzawa Naoki which aired on the Japanese channel TBS, based on the novels by Jun Ikeido, topping its second season in 2020 with stellar ratings over 32% of the viewing audience.

Why such enthusiasm over a work drama focused on middle-aged men? The show's fast tempo, clever lines and great acting are one thing. And the dramatization of the inner workings of capitalism in action has a universal appeal.

But there is an additional layer of fan psychology, which segregates viewers according to demographics. While millennials view the drama as pure entertainment, older generations identify with Hanzawa's workaholic philosophy, that self-sacrifice at work contributes to the greater good.

While understandable, in real life for modern office workers -- regardless of age -- this is an increasingly dangerous belief to subscribe to.

That was the social contract that served salarymen and their employers, which existed until as late as the mid-90s, presumably around the time Hanzawa started his career. But for most middle-aged white-collar workers today, that kind of work-life balance -- sepia-toned nostalgia notwithstanding -- is hopelessly outdated. In today's perpetually stagnant economy, endless office hours seldom resonate with a sense of contributing more to society.

Still, despite the frayed concept of contributing to the greater good through work, something of the bond between the individual and the company remains intact. As such, many older white-collar workers still go through the motions, equating -- perhaps self-deceivingly -- the act of showing up at work with proving their worth to society. For many, Naoki Hanzawa, the suit-clad samurai warrior, embodies the story of their lives that they never got around to telling.

Case in point: after the COVID-19 lockdown in April, the workers aged fifty and above showed a greater attachment to their offices, insisting on coming in, while junior staff were happy to work from home. After all, the Hanzawa drama, with all its shouting matches and embezzling executives forced to prostrate themselves for apologies, would not be half as entertaining if it was all enacted over Zoom calls.

But prioritizing face time is counterproductive in the digital age. And surely there are other means than work to keep us going in life. The lack of an obvious alternative white-collar model to the die-hard Naoki Hanzawa underscores the exasperation of these lost souls, who when asked to stay home, feel deprived of a sense of purpose.

Look more carefully, though, and we do not have to travel too far to find Hanzawa's opposite. Shiro Kakei, a 40-something gay lawyer, is the protagonist in 2019 TV drama, Kino Nani Tabeta -- or "What was for dinner yesterday?" -- aired by TV Tokyo, based on the popular manga series by Fumi Yoshinaga. Shiro-san, as he is affectionately called by his hair-stylist boyfriend, makes a point of leaving his small Tokyo law firm early enough to cook for the two of them. High on domestic bliss, Shiro-san is still as committed to helping his clients such as the divorcee desperate to contact her child. Unlike Naoki Hanzawa, we can easily imagine Shiro-san happily adapting to a work-from-home regime. While the show's 4% ratings pale against Hanzawa, the drama has been popular enough to spur a movie set for release next year.

Looked at side by side, the two dramas reveal the midlife crisis facing Japan Inc. today. Are we yearning for a bygone era where face time meant a greater contribution, or do we allow ourselves time to search for life's deeper meaning? In my office, one 20-something colleague points out that his cohort could never aspire to Hanzawa, noting how the character's young child mysteriously disappeared between seasons, presumably due to criticism that he spent so little time with his family. Hanzawa's lack of a work-life balance is unacceptable to today's younger generation.

For middle-aged white-collar workers in Japan today, there is a need to unlearn. Freeing themselves from the self-imposed face time mantra can lead to more fulfillment in life and at work. One 50-something former company man recalls the time when, returning from an overseas posting, his colleagues raised an eyebrow at his taking time off to coach his kid's soccer team, just as he did in London. For him, the extracurricular activities were not only meaningful, but also boosted his productivity at work. For his peers, however, it was a sign that he had fallen behind in the climb to the top at work. Eventually, he turned freelance.

The last Abe administration started a campaign to reform Japan's work culture in 2019, urging workers and employers to prioritize productivity while capping hours spent at the office. But old habits die hard. For these efforts to bear fruit, we need to change the mentality which confuses a physical presence at the office as a measurement of contribution toward getting the job done.

Change management is a grassroots process. And we can do something too about the lack of a narrative around diverse and successful role models -- a few more Shiro-sans to counterbalance the workaholic, albeit very entertaining, Naoki Hanzawa.