Japan's government gets no credit for coronavirus response 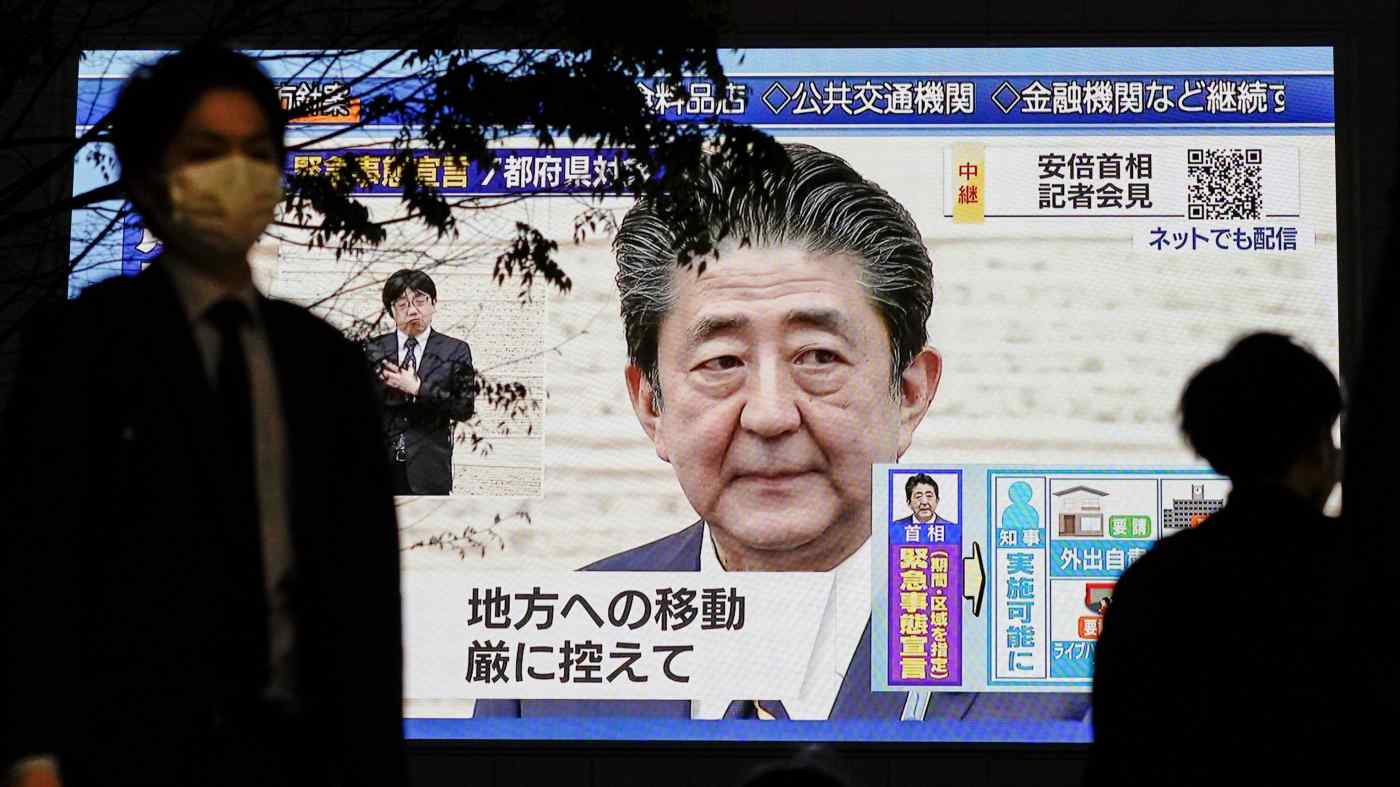 A large screen shows Shinzo Abe declaring a state of emergency on Apr. 7: Abe is one of a few country leaders whose approval rating has declined even as coronavirus numbers have declined.
CopyCopied

Why are the Japanese people not giving the government credit for managing coronavirus? The expected surge never happened, with only 16,600 cases and 850 deaths, and Japan's state of emergency is now over. The Diamond Princess cruise ship, a quarantine debacle for the slow, silent Japanese government response, left Yokohama for Malaysia. And international reporters are moving back to base now that crisis signs have been extinguished.

But in a 23-nation survey released in early May, Japan came last in citizens' approval of its coronavirus management skills, with 16 points out of 100. By contrast, the U.S., where 120 times more people have died, had 41 points, and China, where the outbreak started, had 85.

Prime Minister Shinzo Abe is one of a few country leaders whose approval rating has declined even as coronavirus numbers have declined.

What has gone so wrong with the government's image? We must reckon not just with pandemic-era problems but the public discontent which preceded it.

Abe himself has been associated with flat-footed pandemic PR responses, like his chintzy stay-in-place video where he told citizens stuck inside that they could watch TV or drink tea. The faulty "Abenomasks" delivered to every household -- but only two, no matter how large the household -- are another. A third is the mishandling of the 100,000 yen ($930) stimulus payment to every resident. Delivery of cloth face masks begins in Tokyo on Apr. 17: the faulty Abenomasks delivered to every household but only two. (Photo by Takaki Kashiwabara)

None of this ostentatious "caring" could cover up the reality that the government had failed in its early handling of the virus. It seemed to focus on saving the economy more than the people. What the public expected was an understanding government that showed sensitivity to its pain, both personal and economic, and the public is still waiting.

The Abe government has long been dedicated -- to extreme levels -- to improving Japan's image and reputation in the world by monitoring international public opinion and correcting what it views as an overly critical foreign press agenda. Abe's inner circle missed that it needed to improve its image at home too.

While Abe is not a touchy-feely leader like the prime minister of New Zealand, he could still show himself more as a helpful compatriot in overcoming personal misery, not as someone who is dedicated to maintaining his party's dominance or solely saving the economy.

A recent Kyodo News survey reported that 84% of the public felt insecure in their personal lives, but this did not begin with the pandemic. The pandemic only extended these feelings of discontent that the government cares more for its own than for them.

Abe's theoretically wide-ranging economic reforms have not delivered results for ordinary Japanese people. Japan's average household income was lower in absolute terms in 2019 than 2009. Demographic trends are poor, with the population stagnant or falling for 20 years. Even the Olympics, with its ballooning costs, did not have wholehearted public support.

Abe spoke often about women's empowerment and making women shine at home and at work, but global gender equality rankings for Japan are at their lowest. In the pandemic economy, women and their children disproportionally bear the brunt of its associated pains.

In crisis times, leaders are either helpers in common cause or obstructionists and self-preservationists. They are credited only when they help to build up confidence or when they make a population feel united behind a common cause. Abe must make that common cause.

The prime minister is effective at making persuasive appeals when he wants to win something big, like the right to host the Olympics. He now needs to put that winning effort into addressing the personal sacrifices of the people. This should matter more to him than his own political survival.

A healthy dosage of gratitude and humility, even an acknowledgment of Japan's slow start, would do much to narrow the credibility gap between public and politician.