Monetary easing is again on the cards as economy slows down 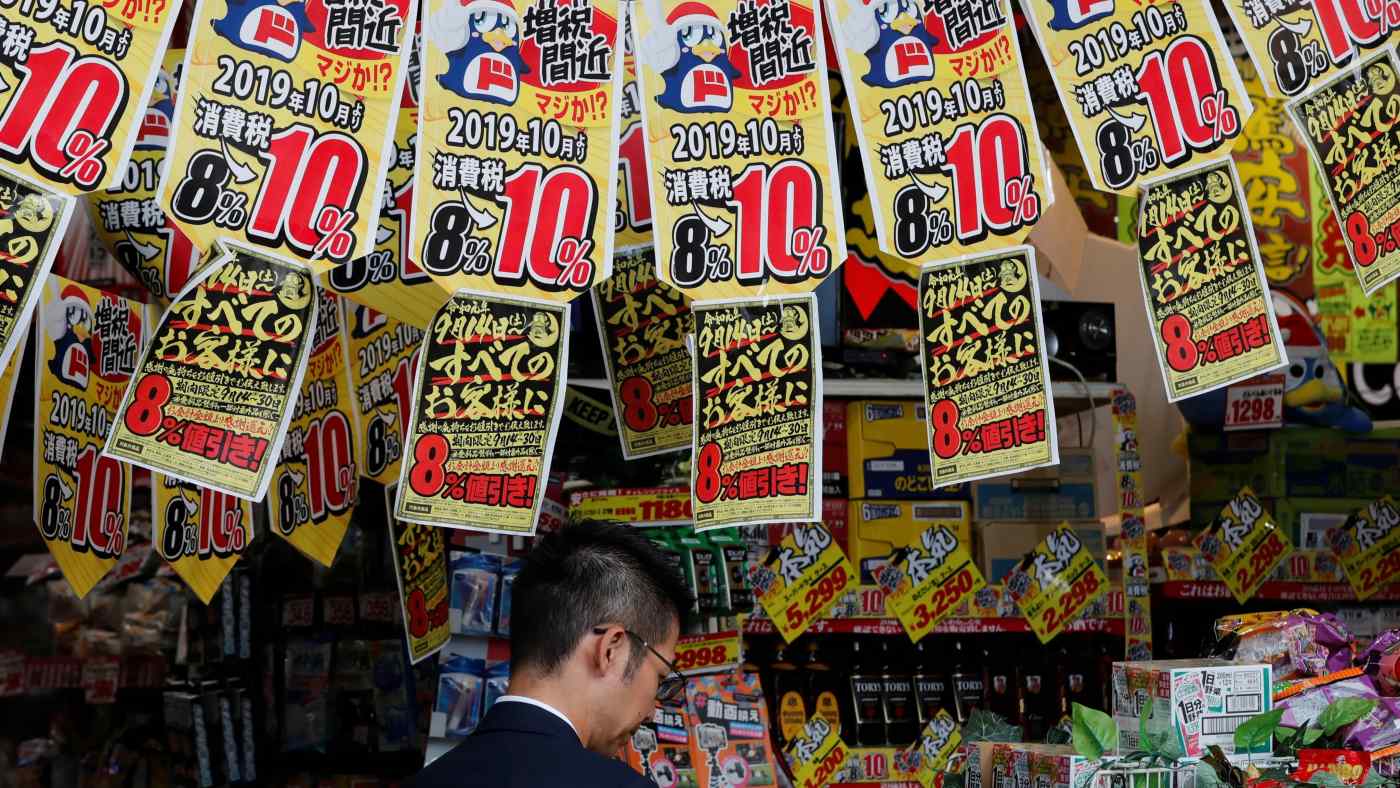 A man chooses goods underneath banners notifying the rise in sales tax at a store in Tokyo on Sep. 25: many worried the boost would hit spending.   © Reuters
CopyCopied

There is never a good time for self-inflicted economic wounds. But the results of one Japan administered to itself 10 days ago are already in -- and they should worry global markets.

On October 1, Prime Minister Shinzo Abe's government tried to prove its mettle by raising sales taxes from 8% to 10%. Many worried the boost would hit spending, just as the boost from 5% to 8% did in 2014. The last thing an economy still grappling with deflationary forces needs is tighter fiscal policy during a global trade war.

Abe gambled the economy was healthy enough. Going ahead, he argued, would convince investors that Tokyo is committed to reducing the largest debt burden -- an almost 240% debt to GDP ratio -- among developed nations.

Two metrics suggest the gamble is already a bust. The first is data showing a drop in supermarket sales in the first week after the tax hike of between 10% and 20% year-on-year. The figures, provided by Nowcast, raise the odds Japan might be headed for recession and that the central bank may restart its monetary easing.

The second actually began flashing red the same day sales taxes went up, when Tokyo held one of its 10-year bond auctions. You might expect Abe's show of fiscal probity would have traders bidding aggressively for the nearly $20 billion of Japanese government bonds on offer. 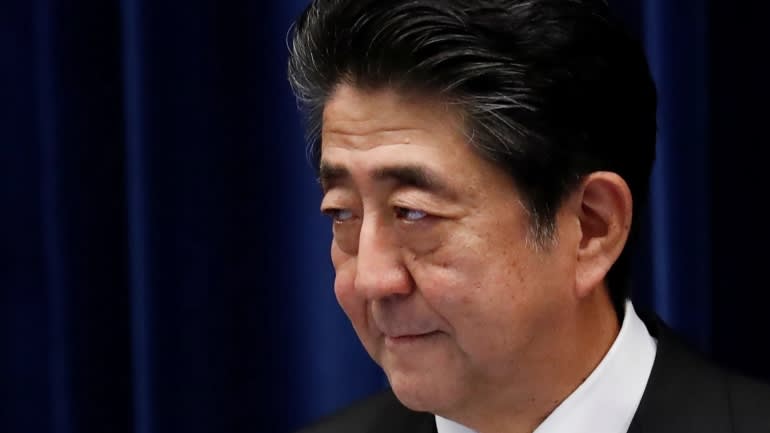 The opposite happened. Demand, as measured by the ratio of bids to the amount of securities on sale, was weakest since at least 2016. That sent shudders through markets from Tokyo to New York.

What is behind this? For one thing, the Bank of Japan had been hinting about reducing its historic government debt purchases, which meant that the yields the government paid were higher than it had hoped. The bigger reason, though, is memories of 2014, when the consumption tax last went up.

Ostensibly, the rise was aimed at reducing Tokyo's crushing debt load, one made more precarious by an aging and shrinking population -- yet it led to a recession which required sizable fiscal-spending jolts. What started as a move to trim the national debt morphed into a reason to issue even more bonds.

Bond traders are right to fear a replay. The Nowcast numbers, which tend to be reliable harbingers of consumption and inflation trends, are one concern. So is a Kyodo News poll, published October 6, which found that more than 70% of voters fear economic fallout as taxes rise yet again.

This sentiment shift fits with the Cabinet Office's growth downgrade announced a day later. The assessment was cut to "worsening" for the first time in four months. It cited slowdowns in industrial production, exports and employment, and coincided with news that real wages fell for an eighth straight month in August.

There goes the virtuous reflationary cycle Abe promised in 2012, where companies would share their profits with workers. This will not happen with Donald Trump's trade war still going strong. Not with the U.S. president still holding the risk of 25% taxes on imports of cars and auto parts over Asia. And not with China, Japan's biggest customer, struggling to achieve 6% growth.

We can expect Abe's government to cobble together a fresh package of fiscal sweeteners -- meaning, yes, more borrowing. Expect, too, BOJ Governor Haruhiko Kuroda to revert to monetary-easing mode. Kuroda, it is now clear, will not be "tapering" -- gradually cutting down the BOJ's bond holdings -- any time soon. In recent months, Kuroda's team stayed out of the fray. As Trump browbeat the Fed into cutting rates, Kuroda stood aloof, assuming, like Abe, that the economy could perform without new stimulants. Instead, the yen has risen 4.5% in six months, crimping export competitiveness.

The yen's trajectory leaves the BOJ with a conundrum. Interest rates are already negative and hurting bank profits. The absence of positive bond yields makes it impossible to borrow low and lend at higher rates. That, in turn, makes financial institutions less inclined to lend at a moment when demand for credit is already weak.

The best option might be a dual assault on softening demand and the "deflationary mindset" Kuroda has endeavored to change. A coordinated package of fiscal spending and moves by the BOJ to expand or adjust asset purchases would get the most mileage. Kuroda and Finance Minister Taro Aso should communicate jointly that further yen gains will not be tolerated.

Japan is waking up again to the risks of complacency. Had Abe used the early years of his premiership -- when growth and approval rates alike were more buoyant -- to restructure the economy, Japan would not be so vulnerable to Trump's China tariffs.

Had he reawakened Japan Inc.'s innovative impulses, instead of relying on the BOJ, Japan might not be skirting recession. And had Tokyo found a way to raise revenues that did not amount to a self-inflicted wound, bond short-sellers might not be circling.