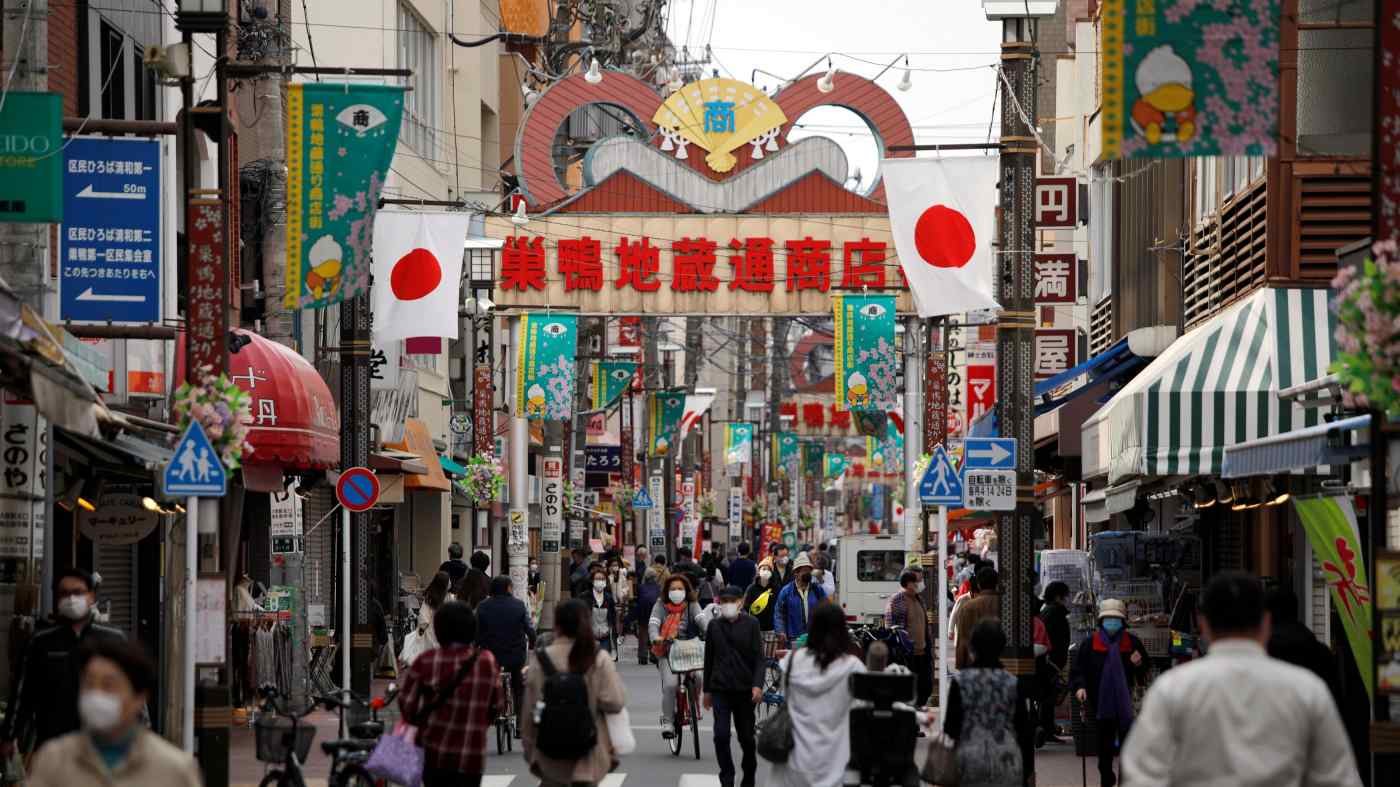 Stephen Johnston is founder of Fordcastle and co-founder of Aging2.0, a US-based global network for innovation in aging.

As the West looks to reform capitalism, it could learn two lessons from Japan: a recognition of the value of society and a longevity-driven focus on quality of life over quantity of growth.

A new type of Japan-flavored capitalism would be well placed to embark on bold, public-private missions to tackle the world's most pressing problems.

Post-COVID, Western-style capitalism needs a reset. Capitalism has done more than anything to lift millions from poverty and provide broad access to previously unimaginable luxuries. Yet the prevailing model of neoliberal-influenced, shareholder-prioritizing capitalism practiced since the 1970s, most notably in the U.S. and U.K., is not fit for purpose. According to 2020 survey by Edelman, 56% of people from 28 countries thought capitalism did more harm than good.

Real wages have not risen in two decades for most people, income inequality is at record highs and there is a twenty-year difference in life expectancy between some neighboring postal codes. The 2008 Crash caused foreclosures, job losses and misery for millions yet taxpayers bailed out the banks and executives went unpunished, fueling resentment and the populist backlash. And most important, we are on the brink of unstoppable climate catastrophe while the world is being ravaged by a zoonotic plague; both the result of an economic model that treats the environment as a free, expendable resource.

Japan does capitalism differently. That this small island with no natural resources is the world's third-largest economy with a high quality of life is not due to a slavish belief in unfettered free markets. As The Economist has noted in the article "How Japan's stakeholder capitalism is changing" published on Mar. 18, Japan's nation-builders were influenced by the 17th-century Edo-era idea of sanpo-yoshi, a three-way satisfaction for buyers, sellers and society. The result "fused Confucianism's collectivist morality with market logic."

This is a far cry from Western policies still based on shareholder primacy and the functionally sociopathic homo economicus, an all-too pervasive model that is as damaging as it is discredited. Of course, Japan faces its own challenges: it had low growth in recent decades and has not created many consumer tech powerhouses, though knowing what we now know about our planetary boundaries and social media's effects, maybe that is not such a bad thing.

More substantively, there is a need to address Japan's workaholism, the challenges of women in the workplace, and an often too-cozy relationship between government and business, among other things. The heart of the matter is that, unlike in the U.S. and U.K., in Japan people still trust business and the institutions, which provides legitimacy to drive fundamental changes. Kasumigaseki administrative district in Tokyo: unlike in the U.S. and U.K., in Japan people still trust the institutions. (Photo by Kei Higuchi)

Aging demographics require such changes. Science-fiction writer William Gibson's dictum that the future is here, just unevenly distributed, applies equally to demographics; in ten years, Greece, Spain, Italy, Germany and parts of the U.S. such as Maine and Florida will have more than a quarter of their populations over 65, as Japan does today.

Mitsubishi Research Institute (MRI) Chairman Hiroshi Komiyama points out that a "platinum society" like Japan's can focus on different things -- not growth at all costs but quality of life. At the same time an older population can drive efficiencies in the workforce -- we all know of Japan's love of robots -- potentially opening up new growth industries. MRI has created a handy listing of big problems to solve -- with associated business opportunities -- that align with the United Nations' sustainable development goals.

Missions make markets. The growth opportunities in stakeholder-driven older societies will be less about new growth and more about living longer and better in a sustainable society. This does not require a tweak to capitalism. It is a fundamentally new approach. It needs a functioning democracy that surfaces the needs and priorities of the governed, and an economy then co-opts the markets to serve the needs of society, rather than the other way around.

With this new mindset in place there is no shortage of bold collaborative missions to address. Aging2.0 recently published a report with Nomura Research Institute exploring the digital divide. This topic lends itself to bold ideas. Could blazingly fast connectivity arrest the decline of rural areas? Could we ensure people of all ages are digitally connected and can engage in electronic and mobile commerce? Could we ensure nobody dies alone?

At a recent World Economic Forum meeting on healthy aging, Sompo Holdings CEO Kengo Sakurada proposed a vision for a pin koro society that delivers high-quality long life, but also quality of death. Providing an additional 10 years of healthy life expectancy would, according to the Japan Association of Corporate Executives, or Keizai Doyukai, generate an additional $300 billion in gross domestic product for Japan and $50 billion in tax revenues annually.

At a global level, London Business School professor Andrew Scott finds that an additional year of life expectancy is worth $38 trillion. There will be markets in healthy aging and markets in living well with disease; by 2025, 20% of those over 65 in Japan will have dementia. For entrepreneurs seeking both a mission and a market, here it is.

In her book "Doughnut Economics," Kate Raworth likens Western GDP growth-obsessed policies to flying on a plane with no plans to land. As the world seems to be on the verge of crashing, Japan's kinder capitalism may offer some clues for where to find a soft landing.