Governments used them for medical and military ends, but lost powers after the war 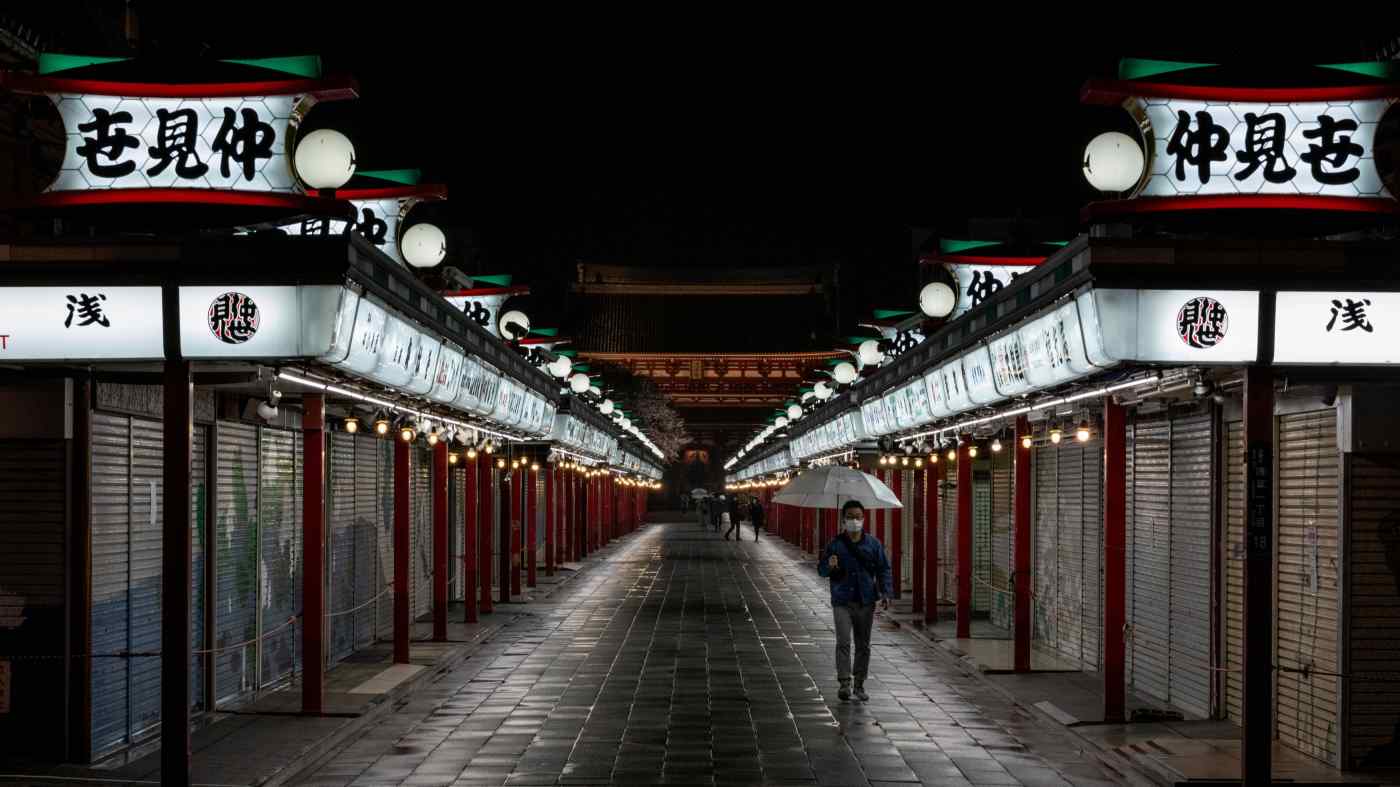 All shops at the entrance of the Asakusa Kannon Temple are closed on Mar. 28; this is not action that is legally demanded.   © LightRocket/Getty Images
CopyCopied

Barak Kushner is a professor of East Asian History at the University of Cambridge.

It has been a long road to Prime Minister Shinzo Abe's declaration of a state of emergency to help tackle the outbreak of coronavirus. Japan's difficult history of states of emergency goes some way toward explaining why.

As the crisis has slowly grown, Abe has been relying on popular jishuku, or self-restraint, rather than legal compulsion. People wear masks because that keeps them and others from getting sick. This is not action that is legally demanded.

But he has also been laying the groundwork for legal action, adapting Japan's emergency measures law so that it could require agencies to comply with closure orders or to postpone events. The government completed this move in March while continuing to encourage people to take their own measures rather than rushing to use the law.

Historically, Japan was awash with at times stringent government regulations to control epidemics. As it was opening to the outside world in fits and starts during the 1850s, international port cities became sites of enormous cholera outbreaks, sometimes killing tens of thousands in a short period.

Cholera was deadly in an era before ample medical supplies and daily hand-washing. In colloquial Japanese it was known as the "falling down after three days" disease.

Things grew so dire around 1858 that some historians suggest that the inability of the Tokugawa shogunate, or feudal military government, to effectively get the situation under control led to the public's loss of confidence. Within a decade the Meiji Restoration, which returned effective power to the emperor, toppled the old guard and a new administration was born.

The new Meiji government was tasked, in part, after 1868 with ensuring that Japan could deal with diseases sprouting up in ways they had not before. In 1877, the Japanese government enacted a series of cholera prevention laws that gave the police powers to test, isolate and sanitize the living areas of people who caught the ailment.

The public was not always pleased and when word got out that the afflicted were being transported to isolation hospitals, riots sometimes broke out in panicked opposition.

The most damaging set of laws enacted in Japan was aimed at leprosy. In 1907 the Leprosy Prevention Law mandated that doctors report leprosy patients and gave the police power to force them to live in designated, often very isolated, facilities.

Such laws stayed on the books decades after medical advancements made it possible to treat leprosy, and the disease remained a horrible social stigma in Japan until lepers were removed from quarantined lives in 1996.

Japan was host to innumerable emergency measures before 1945, many constraining freedom of movement. The empire actually began fingerprinting Chinese people in Manchuria during the 1920s, in a move that eventually helped with ascertaining who was movable to be used for requisitioned work in the 1940s.

In fact, emergency measures were constantly invoked by civilian governments in Tokyo to rubber-stamp rogue maneuvers conducted by imperial military units that operated as independent fiefs on the Chinese mainland. The first half of the 20th century was a litany of calls from the government for the Japanese population to mobilize for a war effort somewhere in East Asia and endure together.

All that changed after the war. From 1945 to 1952, Japan was occupied and introduced a constitution with a strong emphasis on respect for individual human rights and the rule of law. Governments and the police no longer had carte blanche to intervene directly in the lives of people, although this was slower to develop in some areas.

Convincing today's public of the need to reinstate laws that appear to impede hard-gained liberties in Japan hinges on Abe's ability to explain how now is different from Japan's history. Taiwan, one of Japan's close neighbors and home to draconian martial law for more than four decades before the 1990s, managed to avoid impinging on freedoms by taking deliberate and well-aimed medical action instead.

Unlike emergency measures elsewhere, Japan's will still have the flexibility of social complicity once they are invoked. The "instructions" will not carry fines or any penalty. It remains unclear how much bite these ordinances will have unless the people believe in their necessity.

The Rebuild Japan Initiative Foundation, one of the few private think tanks in Japan, has for several years been drawing attention to how Japan approaches crises. Five years ago this institute published Japan in Peril? 9 Crisis Scenarios and one chapter dealt with pandemics. The diagnosis was bleak but telling: bureaucrats in silos and out-of-touch leaders impeded effective catastrophe management.

At this juncture, the government seems to be gauging how it should respond ahead of a wave of new infections. Putting limits on its expanded role is important but so is taking decisive action. To date, Japan has shown that it still has not come down on either side of the equation.