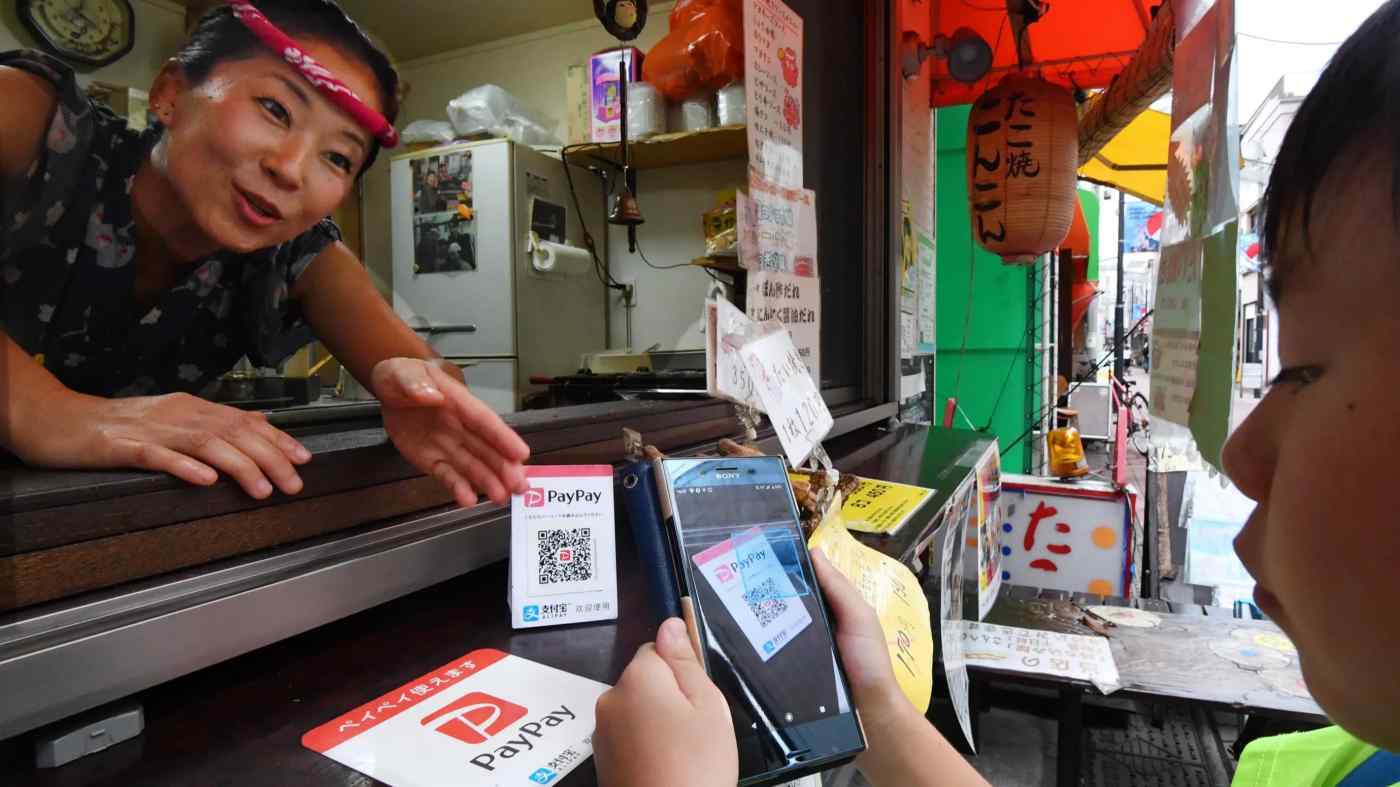 A consumer scans QR code to pay at a octopus dumpling shop in Tokyo: it is too early to say whether the Japanese public will switch to e-money. (Photo by Arisa Moriyama)
CopyCopied

When the Japanese government increases the sales tax from 8% to 10% on October 1, it will not just be an attempt to raise revenue and cut the country's deficit. It is also, the government thinks, a perfect opportunity to drive Japan toward becoming a cashless society.

At the moment, cash is king. Japanese people walk around with thick wallets sticking out of their back pockets or leave them on tables in coffee shops while waiting in line for a cup of latte. Counterfeiting of Japanese bank notes is extremely rare, the national mint says, and Japanese households hold more than half their assets in cash and deposits.