Japan should follow US efforts to develop new antibiotics Michael W. Hodin is CEO of the Global Coalition on Aging.

New legislation in the United States Congress is usually a routine occurrence, not a seminal event. But the Pioneering Antimicrobial Subscriptions to End Upsurging Resistance, or PASTEUR, Act is different.

It addresses a growing health crisis of global significance that threatens to derail a century of progress against infectious diseases and puts at risk the miracle of longevity that sustains aging societies such as the U.S. and Japan.

The PASTEUR Act, introduced with bipartisan support, will help revive the world's pipeline of antibiotics -- the wonder drugs that protect our societies from infectious diseases and thereby enable healthy, more productive and more fulfilling aging.

Innovative new antibiotics are desperately needed due to a surge in what the medical field calls antimicrobial resistance, or AMR, meaning the evolution of germs that have acquired resistance to the world's current arsenal of antibiotics.

AMR is a serious health threat, rendering ineffective frequently used treatments for infectious diseases. This problem is already claiming 700,000 lives worldwide every year. Unless new, effective antibiotics are developed that can defeat antibiotic-resistant diseases, the death toll could reach 10 million annually in the coming decades.

This would cripple Organization for Economic Cooperation and Development's economic growth goals and derail the aims of the World Health Organization's recently launched Decade of Healthy Aging. While AMR is a crisis for all of society, older adults are most at risk. This fact makes AMR countermeasures a crucial need for Japan, where close to 40% of the population is over 60.

Even as we focus on treatments for non-communicable diseases like cancer and heart disease that have exploded in our aging societies, we cannot let down our guard on treatments for communicable diseases, which is what made the miracle of longevity possible in the first place. It is increasingly the case that infections, paired with aging diseases, are now untreatable and are causing death.

The PASTEUR Act aims to combat this problem by incentivizing the development of new antibiotics that can act as a second line of defense when existing treatments fail. It does this by proposing a new subscription model for antibiotic reimbursement.

Under this model, developers of antibiotics will receive set payments regardless of how many antibiotics they sell. This will incentivize development by allowing developers to recoup development costs without needing to encourage the use of new antibiotics. This is important because once new antibiotics are used, resistance emerges, and what the world needs are treatments that germs cannot resist in case existing treatments become completely unusable in the future.

The introduction of the PASTEUR Act comes on the heels of the Group of Seven health ministers' recent communique, which devotes an entire section to "the growing pandemic of antimicrobial resistance," as well as a May expert roundtable on AMR hosted by the Global Coalition on Aging and the Health and Global Policy Institute aimed at addressing the challenges that AMR poses to Japan's economy and the health of its rapidly aging society.

The new legislation is also aligned with expert recommendations released in March by the AMR Consortium of the Nikkei FT Communicable Diseases Conference Asia Africa Medical Innovation Consortium, calling on Japan to consider a subscription model for antibiotics, or other incentive measures to help address this issue. The legislation also adds to work in this area being completed by the OECD.

This attention is long overdue. For decades, we have taken antibiotics for granted. Between 1950 and today, these drugs became the cornerstone of modern medicine, conquering infections and conditions like bacterial pneumonia, which had been fatal for centuries. During this period, average life expectancy rose by more than a decade in North America, 16 years in Europe, a quarter of a century in Africa, and a staggering 30-plus years in Asia -- a surge of progress unparalleled in human history. 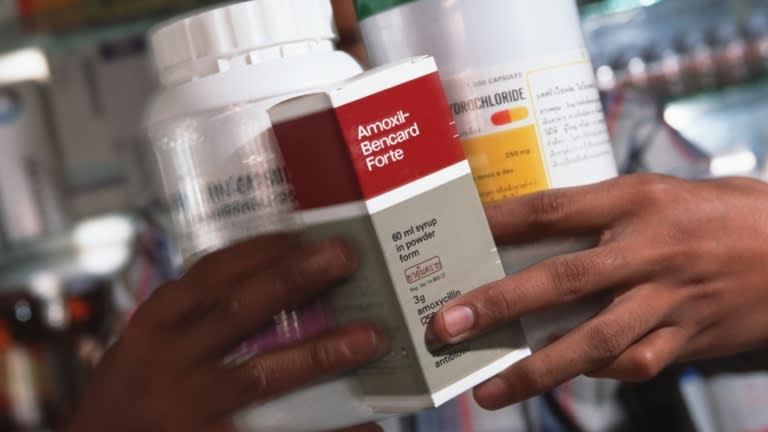 Antibiotics are sold at a pharmacy in Bangkok: for decades, we have taken antibiotics for granted.   © LightRocket/Getty Images

Yet, the bacteria that cause many common illnesses persist. Over time, they develop resistance to widely used antibiotics. New threats constantly emerge as germs adapt and evolve to evade even the best treatments. Every therapy, even when used 100% appropriately, generates resistance over time.

Without new antibiotics, we may face a world where there are once again no effective treatments to many fatal infectious diseases, as well as the unraveling of the miracle of longevity in which antibiotics, along with sanitation and childhood immunization, have played a central and powerful role.

This brings us back to the PASTEUR Act, the G-7 and the Japan AMR Roundtable, which was joined by the OECD. COVID-19 has put infectious diseases fully back on the global policy agenda. We have witnessed what medical innovation in the form of several highly effective vaccines developed in record time is capable of achieving.

It is time to turn that same sense of urgency and that same power of innovation to defeating an equally deadly health threat that will also become a fiscal challenge capable of dwarfing what we have just witnessed from COVID-19. AMR is a global threat that cannot be solved by one country alone. We must all commit to progress on this issue.

Passage of the PASTEUR Act in the U.S. would be a great opportunity to demonstrate that commitment. We hope that the new act will become a model for policy action in Japan and the rest of the OECD.