Japan should take lesson on immigration from Brave Blossoms 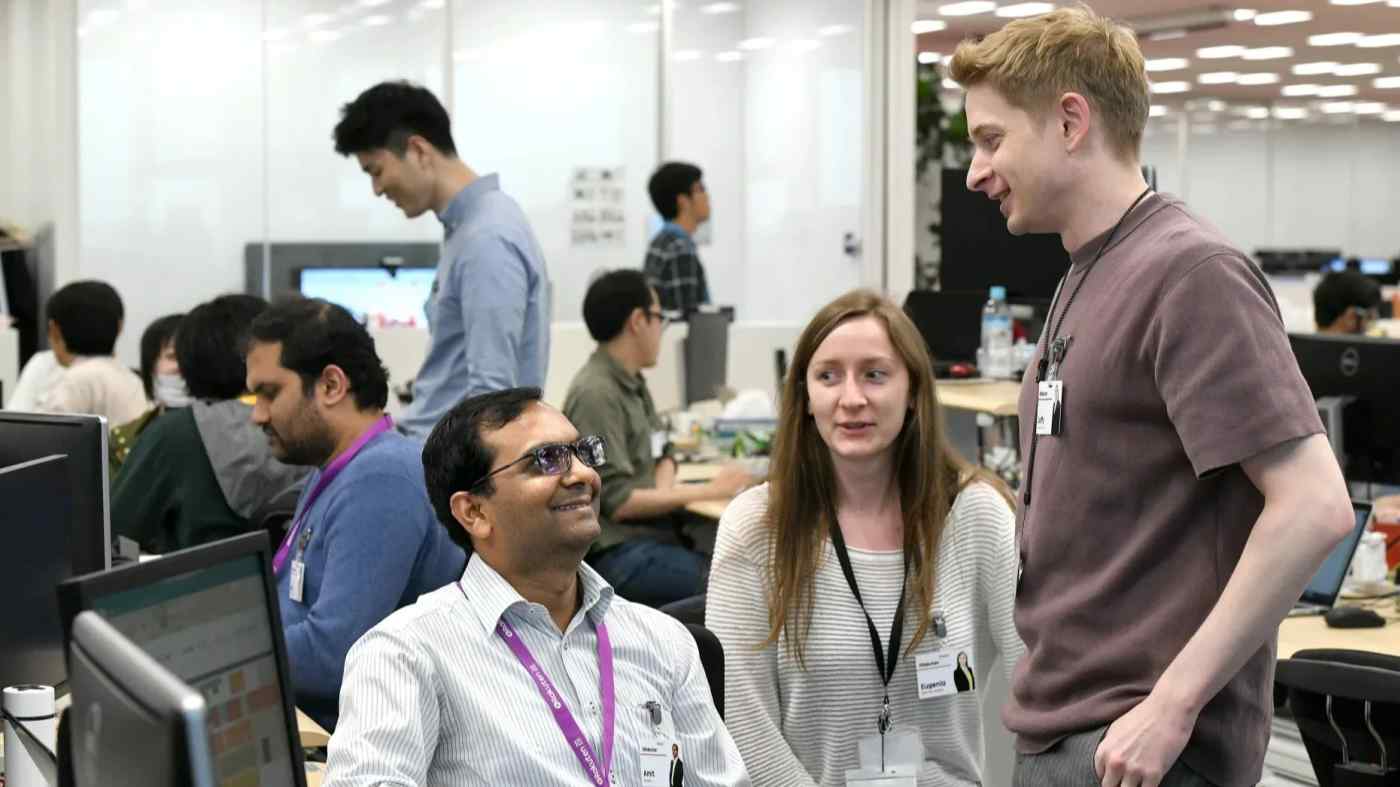 The Rugby World Cup which concluded at the start of the month injected an unexpected boost to host Japan's waning national confidence, largely thanks to the performance of its team, the Brave Blossoms. Beating initial skepticism, they won through to the final eight.

Whether rugby fans or not, many Japanese were quick to express pride about the "Sakura Warriors," sakura being cherry blossom, the national flower. It is interesting to note, however, that half of this warrior squad, 16 out of 31, were born outside Japan. Still, there was hardly a complaint that this had disadvantaged the native players.

Some even drew parallels with a proposed solution to the accelerating domestic population decline -- a record 450,000 last year. Embracing diversity, Japan could attract the best talent from all over the world. Spiritually Japanese and fully integrated, they would proudly sing the national anthem along with the natives.

As enticing as this vision is, the reality suggests a different picture. The new visa program for specified skilled workers in 14 sectors was launched in April 2019, an important milestone in Japan, officially opening doors for foreign labor.

Yet, disappointingly, only 376 people received this visa in the program's first six months, against the initial government estimate of up to 47,550 in the first year. The intention is to have 345,000 in five years.

Commentators blame short-term administrative bottlenecks for the underachievement, such as staff shortages at the Immigration Bureau or too few examination venues outside Japan.

But in the long term, the fact that foreigners are not rushing to embrace the opening should alert Japan to re-examine the program's business case. Japan faces two critical questions: why would non-Japanese want to work there? And once they come, how can they be successfully integrated?

Save for asylum-seekers, people uproot themselves from their homes to build wealth and skills. Within mature economies, Japan does not have particularly high wages, so the draw must be the opportunity to upskill and advance your career. Employers must not look to foreign labor as a necessary evil to pick up the slack left by Japanese domestic workers.

Interestingly, startups show more success in attracting foreign workers rather than established employers because of their meritocracy-based evaluation unencumbered by legacy. This is the case with Mujin, an industrial robotics venture established in 2011, whose engineers are 70% non-Japanese. 70% of engineers at Mujin, a robotics starup, are non-Japanese. (Courtesy of Mujin)

Then there is the question of integration. According to a 2017 study by the Ministry of Justice, 39% of foreigners who had moved to Japan reported that they had been turned down for housing on the grounds of nationality.

Simple steps such as opening a local bank account can be a headache for non-Japanese. In the longer term, issues such as medical care and language and cultural education need to be addressed.

Currently the responsibility for providing care for foreigners largely falls on local municipalities and private employers. Prof. Keizo Yamawaki of Meiji University points out that while vulnerable Japanese demographics such as the disabled or elderly are looked after under the national policy framework, foreigners lack comparable legal coverage.

There is therefore more to be done on a national level, beyond creating a new visa program, like creating a legal framework and providing incentives for integration. For example, subsidies or tax breaks can encourage investing in professional development for foreign workers. 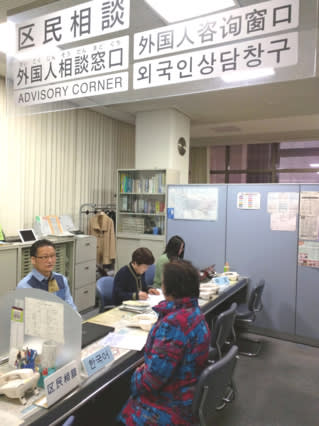 A consultation office for foreign nationals at Shinjuku word office in Tokyo: the responsibility for providing care for foreigners largely falls on local municipalities.

Granted, the new visa program only gives five years in Japan. These are temporary workers, allowing the government to carefully sidestep the word immigration. Even so, we still need a long-term mindset.

To avoid the difficulties Germany experienced with Gastarbeiter -- guest workers -- from other European countries from the 1950s to the 1970s, we must remember we are opening the door to people, not just workers. Some may start families and choose to stay longer. Even if they do not, we are responsible for their well-being in Japan.

The underlying unattractiveness of Japan as a destination is curiously common across the spectrum of workers, regardless of skill level.

The foreign workers most prized by the government are the 11,000 highly-skilled professionals -- consultants, researchers and IT engineers. They are the Sakura Warriors of business and academia on the fast track to permanent residency.

These also happen to be most of the foreigners I meet in my own professional life. A new arrival from Europe in his early forties confessed to me that he was strongly advised against transferring to Japan because it is "where you retire."

Sure, the quality of life is enviable, but unless you have a Japanese spouse, there is little hope for real integration, let alone serious professional advancement.

National sentiment has evolved in recent years regarding diversity. It is an encouraging sign that the Japanese look favorably at the mixed team of Brave Blossoms.

But recruiting and integrating desirable foreigners into the country requires hard work and cannot rely on sentiment alone. Even in Germany with its long history of immigration, integration remains delicate. In 2018, Mesut Ozil, the German football player of Turkish ancestry, lamented, "I am German when we win, an immigrant when we lose."

Japan must avoid making people feel their social acceptance is conditional and take a lesson from the Brave Blossoms in its effort to truly attract and welcome foreign workers.