Japan should use nuclear wind-down to fund decarbonization Japan has joined the global drive toward decarbonization.

Prime Minister Yoshihide Suga has made decarbonization a key element of growth strategy for three reasons: the need for climate action, job creation from new investments, and the lower costs of renewable energy versus fossil energy.

However, Japan has another energy issue, denuclearization. Given public opinion, new nuclear power plants seem unlikely. The real question is whether to abandon the usable ones. We think that decarbonization will go faster if Japan uses its existing nuclear plants to fund the infrastructure needed to decarbonize Japan.

The costs of this infrastructure will be huge, but so will the savings. Japan has averaged about 19 trillion yen of fossil energy imports per year over the last 10 years. The expense and volatility of energy imports could be avoided once decarbonization is achieved. Indeed, it is just possible that the transition will pay for itself.

Apart from the climate benefits of decarbonization, the cost of energy in Japan is likely to be much lower with new technologies and a new market structure. Today, the pretax retail cost of electricity in Japan is about 21 cents per kilowatt-hour, compared to 13 cents/kWh in the U.S. and 16 cents/kWh in Germany. The quick adoption of renewables could bring cheaper and greener energy. Quick adoption would also help reduce the world's four million annual premature deaths from fossil fuel pollution. 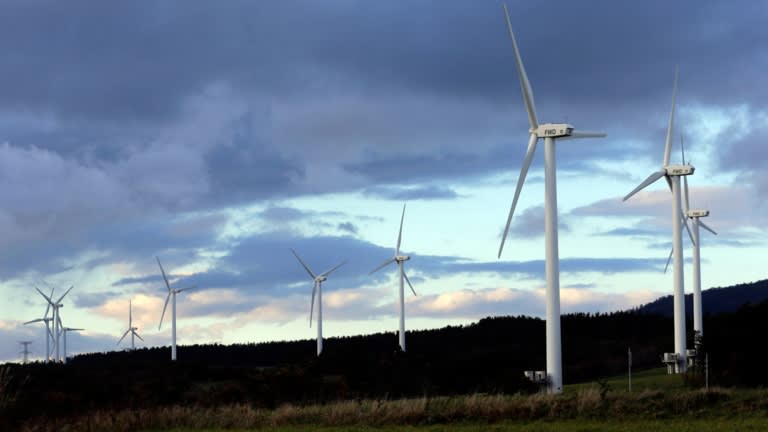 Profits from its usable nuclear power plants can accelerate the transition to a carbon-free Japan. Currently, there are nine operating nuclear plants, seven authorized -- pending alternations -- and 11 applying for restart. We base our calculations on only these usable 27 plants.

Assuming a 70% utilization rate over the remaining lives of the usable plants, we estimate that about 30 trillion yen of net revenue would be generated, based on a calculation of 8 yen/kWh all-in generation cost, and current retail electricity prices. The questions are firstly, how to use the 30 trillion yen, and secondly, who should make the decision on how to use the funds.

Another issue is the severe shortage of nuclear personnel. Some of the 30 trillion yen of revenue should be devoted to personnel development. Otherwise, Japan will lack the expertise needed for effective waste disposal and for the eventual decommissioning of its nuclear plants.

The how is relatively easy, given the infrastructure needs described above. The who is harder. Decisions by one group often do not consider the systemic impact. Hence, in our view, there is a strong case for a public-private partnership, with the precondition of strict, independent nuclear inspections.

In one format, the nation would nationalize the usable nuclear plants, paying a fair price to the current owners. The nuclear plants would then be an asset of a public electricity supply company, which would use the profits from selling electricity to invest in the public goods needed for new energy infrastructure such as a more flexible grid. In turn, the private power companies would be constrained to use the proceeds from the sales of nuclear plants for investments in renewable energy.

This constraint is the price of a major benefit for the power companies: They would no longer face the risks of owning and operating the nuclear plants. The downsides of this scheme are how to set a fair price for the nuclear plants, and then how to ensure that the public sector has the personnel to operate them safely and efficiently.

A key assumption behind both formats is that electricity sales from the new company would be at current market prices. Would the public be willing to pay current high electricity prices? We think that the answer is yes. After all, there is high public support for both decarbonization and denuclearization.

Our proposal is very Japanese. Centuries ago, the traders of Omi, now Shiga Prefecture, had a social philosophy of business known as sampo yoshi -- that commerce should serve the seller, the buyer and society. We think that either nationalization or a joint-venture format would bring both decarbonization and denuclearization. This scheme would be a modern incarnation of the Omi philosophy.