Japanese banks dig for gold down under MUFG's move is another example of Japanese banks' right strategy for the Asia-Pacific.   © Reuters
CopyCopied

Australian financial markets have been rocked in recent months by the findings of the Royal Commission into misconduct in the banking and financial services industry.

Extraordinary revelations of executives' avarice and the relentless pursuit of profit have led to some jaw-dropping findings. Senior heads have already rolled, with more likely to come.

Now comes the serious work of repairing the damage -- and with it the opportunities for buyers to take the risk and bet on recovery, including foreign financial groups. Australia's economy is strong, and its financial markets weathered the global financial crisis remarkably well. So, foreign buyers have found it difficult to acquire good quality assets in Australia at other than high-premium prices. But no longer: The assets now on offer are priced to sell.

Japanese companies are among the most eager, as Mitsubishi UFJ Financial Group (MUFG) has just demonstrated with the announcement of an acquisition involving Colonial First State, the asset management arm of Commonwealth Bank of Australia, an institution that ran into especially heavy commission criticism.

Japanese groups are rightly going abroad in response to near-zero interest rates at home combined with the lack of lending opportunities in an aging society.

But the big multi-divisional Japanese megabanks and the smaller, investment-oriented, trust banks alike are put off by the problems in many regions -- security concerns in Europe, the looming disruption to the London markets of Brexit, and the escalating trade war between the U.S. and China. So they are giving a high priority to Southeast Asia and Oceania/Asia-Pacific, including Australia.

Of course, they are hardly alone in digging for financial gold down under. Britain's Resolution Life pipped MUFG to the post in announcing a deal -- the controversial 3.3 billion Australian dollar (US$2.9 billion) acquisition of AMP's life insurance arm. That proposed transaction also highlighted the fact that buyers can get a bargain, albeit at the cost of local complaints about fire-sale prices. Though the business was sold at a 20% discount to book value, analysts estimated it went for a 40% discount to the market value.

MUFG's trust bank is buying Colonial First State Global Asset Management and its associated trust assets of around A$213 billion (17 trillion yen; $149.7 billion), in a deal estimated at around A$4.13 billion.

Mitsubishi UFJ Trust & Banking (MUTB) currently manages around 70 trillion yen ($619.5 billion) in trust assets, and is Japan's third-largest asset management company. In international terms, however, it is only ranked 39th.

The addition of the Colonial First State subsidiaries and associated trust assets -- expected to be completed in late 2019 -- will likely catapult MUTB to the top of Japan's domestic asset management rankings, as well as significantly improving its ranking internationally.

MUTB has been aiming for some time to bring its assets under management to around the 100 trillion yen level; this acquisition will go a long way toward that goal. For megabank group parent MUFG, the acquisition will further add to its already-diversifying revenue sources, where international business already accounts for over 40% of annual income. MUFG has set itself a target of raising the international contribution to the 50% level by 2020.

An A$200 billion firm foothold on Australian soil through the Colonial First State deal will make a strong impression on local financial markets that the Japanese mean business.

Japanese banks have not been slow to grasp the importance to their future revenues of the opportunities in the Oceania/Asia-Pacific, especially in countries such as Indonesia with a population of 260 million and a vast, underbanked market of young workers combined with the explosive growth in mobile phone penetration and digital payment.

The three Japanese megabank groups, that is, MUFG, Sumitomo Mitsui Financial Group (SMFG) and Mizuho Financial Group, have been particularly active since the 2008 global financial crisis in establishing beachheads across Asia. In 2013, MUFJ spent some 170.6 billion baht (about $5.15 billion) to acquire a 72% stake in Thailand's fifth-largest bank, Bank of Ayudhya, and in 2016 acquired a 20% stake in Security Bank of the Philippines: both highly profitable operations.

Japanese banks have a long-standing connection with Indonesia, and have long lobbied the government to ease restrictions on foreign ownership. This year is the 100th anniversary of MUFG's presence in Indonesia through its predecessor, Bank of Tokyo.

In August this year, MUFG announced that its main commercial banking arm, MUFG Bank, had increased its investment in its Indonesian affiliate Bank Danamon (BDI) to around 40% from 19.9% at a cost of some 17.1 trillion rupiah ($1.1 billion). Managers are reportedly keen to increase the bank's stake further to around 74% next year and consolidate BDI. Media reports suggest that this exercise may end up costing MUFG a total of $6.27 billion: one of the largest-ever overseas acquisitions by a Japanese bank group.

Even some of Japan's regional banks, having long limited their south east Asian aspirations to branch banking in Hong Kong or representative offices in Singapore and Bangkok, are now seeking minority stakes in local banks. A recent example is the Bank of Yokohama, Japan's largest regional bank, which announced in October that it is acquiring a 30% shareholding in Bank Perdania Indonesia. BPI is already 43%-owned by Japanese city bank Resona Bank, which is raising its stake in BPI to 48%. With Japanese insurer Daido Life Insurance owning around 15%, BPI will be more than 90%-owned by Japanese financial institutions.

So far, 2018 may have been an "annus horribilis" for investors in bank stocks globally, with stock prices under pressure everywhere, including in Japan. However, with an enviable "war chest" of cash and a strategy to invest in a growth region they feel they understand, Japanese megabanks have a brighter future than many rivals. 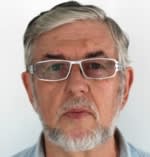