Japanese companies can no longer expect lifetime loyalty from workers 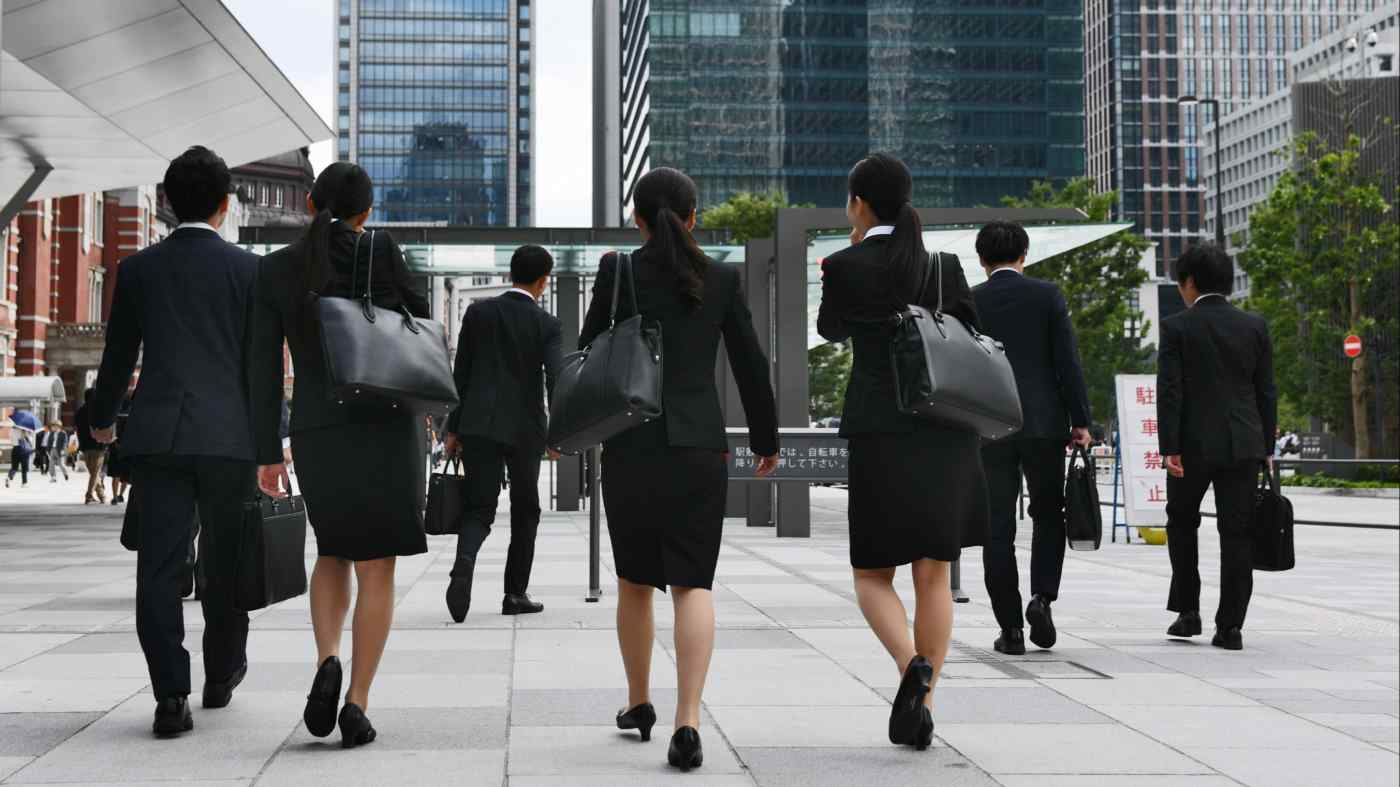 Take the large trading companies. They still rank high as popular destinations for graduates from top schools. Yet their middle managers lament, with an air of disbelief, that twenty-somethings are freely forgoing the prestige to join startups instead.

A CEO of a major trading conglomerate said in 2018 that 30% of new joiners from college left a top-league peer within five years. This is consistent with the government statistic that the three-year attrition rate for college hires has risen to 25% for the class of 2016, up five points from the class of 2009.

Why do millennials leave enviable blue-chip employers? First, compared to their predecessors, they have much less patience for the first years of apprenticeship baked into the career of a traditional Japanese company. Grunt work, once a rite of passage to becoming a full-fledged manager, no longer interests the generation used to the instant gratification of Google search.

Then there are ample external opportunities. Technology giants, startups and foreign professional service companies all compete for the young, well-educated workforce. They promise a much steeper learning curve.

From young employees' perspectives, more options are better. No longer are you bound forever by the choice you make at the age of 22, which used to be true for those on the job-for-life track at Japanese companies.

For their employers, this is an inconvenient truth. Some tweak career progression to offer a better compensation track as a sweetener; others threaten leavers that there will be no place to come back to, should their next venture fail. This is, however, a systemic issue which requires a systemic solution.

First, companies need to reassess the need for grunt work. Twenty years ago, the task of efficiently making photocopies with the staple at a 45-degree angle in the upper-left corner may have been good mental, if not meaningful, training for white-collar work. But so much manual operation can be replaced by technology today.

What inhibits real change is the mentality of the senior management of Japanese companies. For example, one prestigious business insists on running a parallel process of digital authorization and a paper twin version, just in case any senior executive is uncomfortable with a digital signoff, to the exasperation of the staff. Modernizing operations not only enhances productivity but would be welcomed by workers.

Secondly, employers should snap out of the "don't leave me" threats-and-pleading mentality of clingy lovers. If increased talent mobility is a given, it is more productive to think of how to use its power.

Sumitomo Corp., one of the six largest trading conglomerates or keiretsu, started the SC Alumni Network, or SCAN, last year to maintain and strengthen ties with those who left. Granted, the idea of building a web of affiliates is nothing new to the trading companies. Their executives have always been dispatched from the parent to keiretsu companies to foster the network effect.

What is new is that Sumitomo has expanded the concept to the twenty- and thirty-somethings who leave for opportunities outside the keiretsu. This benefits not only the parent company but also the alumni who support each other in the next chapter of their career.

Finally, the employer should recognize the benefit of talent mobility by making the most of midcareer hires. While midcareer hiring has become the norm, Japanese companies are not good at integration.

This is because the traditional upbringing of a manager in a Japanese company assumed the mechanism of doki, or a single cohort of graduates entering the workforce in any one year. They are a source of information about internal politics for each other and keep members appraised of the bigger picture. Just like a cohort in the Swiss army, they stick together through thick and thin.

The mid-hires without the benefit of a doki, therefore, can be disadvantaged. Structured mentoring and integration programs need to overcome this handicap. If midcareer hires succeed based on a culture of meritocracy, it is positive news to aspiring junior staff. After all, if the outside comes to you, why bother to go outside?

I can sympathize with incumbent management griping over the loss of their grip on their up-and-coming employees. The generation now in power, who are in their late fifties to sixties, equated their individual identity with that of the employer. But that was only natural because in their junior years the employer was growing, along with the Japanese economy. With that assumption no longer true, we must accept the new reality.

But we gain while we lose. The longevity of employees also meant that grievances stewed in Japanese organizations. Not only harmful to the day-to-day morale, they can blow up in an unpleasant way and hurt the company, just as toxic gas in a steel can might suddenly explode the whole thing.

In the new world of increased mobility, we may have less of a cozy community, but we can instead enjoy meritocracy and openness.