Yasutoshi Nishimura, the minister in charge of the coronavirus response, is raising corporate Japan's cost of capital.   © Kyodo
CopyCopied

At a news conference earlier this month, Minister of State for Economic and Fiscal Policy Yasutoshi Nishimura joined a chorus of self-congratulation for cash-hoarding by Japanese corporations as a "clairvoyant" defense against the rainy days brought on by COVID-19.

"Large Japanese corporations have internal cash reserves of up to 100 trillion yen ($930 billion)," he said, "that have been built up precisely for times like these and should now be used" to weather the storm.

Elsewhere, Japanese business leaders, commentators and analysts have said the financial pressures brought on by the COVID-19 economic slowdown are vindication against "shortsighted" shareholder activists who had demanded companies disgorge cash from their bloated balance sheets.

The notion that corporations should stockpile cash against a rainy day has a primitive intuitive appeal. But examined more closely it is extraordinarily naive and shortsighted, reflecting an economy and mentality that have been enervated by decades of zero interest rates.

In a healthy and dynamic economy, a CEO must constantly return to the equity markets for fresh capital. The CEO's ability to raise fresh capital depends on being able to show investors that prior rounds resulted in attractive returns.

But equity finance has been dead in Japan for 30 years. Why does a CEO need to raise equity when the money can be borrowed at near-zero interest rates? Macroeconomic and monetary policies have shielded Japanese CEOs from the discipline instilled by having to repeatedly return to the markets to raise fresh equity.

None of this would matter, perhaps, if Japanese CEOs could confidently count on never having to raise fresh equity again. But COVID-19 and the stormy weather it brings are precisely what should be causing them to worry. What happens when the cash stockpile -- the money that Nishimura says should be spent paying employees, suppliers and banks during the coming depression -- runs out? 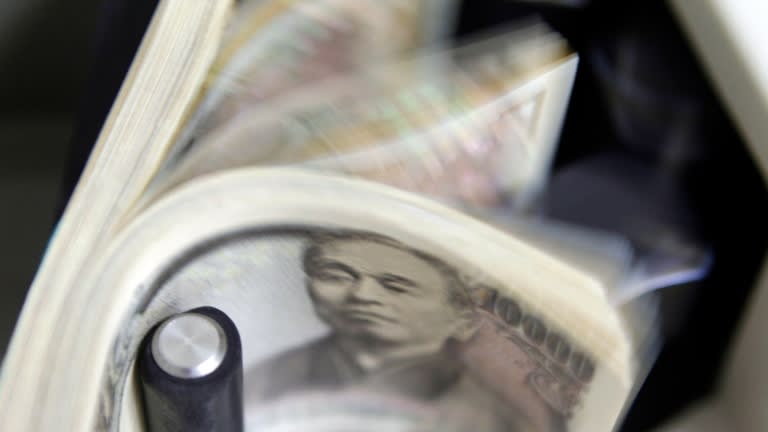 What happens when the cash stockpile runs out?   © Reuters

Japanese CEOs should take a look at what is already happening to companies hard hit by COVID-19 in the U.S. The equity in companies like car rental business Hertz, Carnival Cruise Line, cinema chain AMC Entertainment and Delta Air Lines has already been essentially wiped out, leaving their banks and bondholders as unwilling equity owners of any assets that remain.

Unless these companies are to be liquidated and put out of their misery for good, the iron laws of corporate finance demand an infusion of fresh equity to replace the old equity that has disappeared.

Before boasting about Japan's cash stockpiles, Nishimura should have taken a moment to reflect how it will play when Japanese companies need to be recapitalized down the road. We can imagine how investors will respond to a secondary offering of common stock issued by companies that have a track record of hoarding cash and a low return on equity -- in a country that officially promotes corporate cash hoarding as good policy.

A prospectus for a secondary offering defending past cash hoarding as a "prudent" or "socially responsible" backstop to honor obligations to employees and other stakeholders will not move investors. Given the choice, investors will choose companies that maximize shareholder return and shun companies that pile up shareholder capital for distribution to non-shareholder constituencies. Investing is not high-minded charity.

Like a spouse's vow never to be unfaithful again, these new promises will be discounted and factored into the price investors are willing to pay for the offered securities. As he speaks, Nishimura is raising corporate Japan's cost of capital by doubling down on a message that invites future investors to stay clear. But in a country where the cost of capital has been artificially depressed for so long, no one notices.

Many Japanese CEOs, no doubt, are feeling relieved that COVID-19 will strengthen their hand against activist demands to return idle capital. Farsighted CEOs, however, will realize that activists were never the real threat. The activists were merely messengers bearing news -- about seemingly faraway matters like capital efficiency -- that Japanese CEOs have so far been able complacently to ignore.

It is in the realm of possibility that COVID-19 will precipitate systemic financial collapse and restructuring globally, including in Japan. Even if systemic collapse is averted, large numbers of businesses will need to be recapitalized.

Japan's corporate cash balances may indeed provide an initial cushion to soften the financial blows. But they are not large enough permanently to shield Japan against the objective laws of corporate finance. When the time comes for Japan to raise risk capital again, it will have no choice but to disavow -- as convincingly as possible -- the practices and rhetoric that created the cash piles in the first place.

CEOs contemplating future secondary offerings of common stock are advised to refrain from public gloating over their cash reserves.