A flurry of bids to take "listed subsidiaries" private is testing the integrity of Japan's legal protections for vulnerable minority shareholders in transactions where conflicts of interest are rife, and the controlling shareholder holds all the cards.

The Japanese government and courts have in recent years adopted rules that, superficially at least, replicate the protections for minority shareholders that have existed for many years in the U.S. Chief among these is the requirement that the price offered to minority shareholders be reviewed by a special independent committee of the listed subsidiary with the advice of independent financial and legal professionals.

Another is the requirement that a "market check" be conducted to open the bidding to interested parties other than the dominant shareholder itself or parties favored by it. Three recent "going private" transactions suggest that these legal protections for minority shareholders are being honored in the breach.

The committee, consisting of a lawyer, a venture capital entrepreneur, and an investment banker, approved a per share offer price of 5,320 yen ($50.44) back in November 2019. At the time it was a defensible 37% premium over the average three-month pre-offer share price. But the launch of the tender offer was delayed, first to get regulatory approvals and then by the COVID-19 crisis.

SoftBank and Naver finally got around to making the tender offer in early August 2020 -- at the same price originally calculated ten months ago, without factoring in the sharp rise in tech stocks brought about by COVID-19. Z Holdings, the SoftBank Group-backed operator of Yahoo Japan that will be integrated with Line after it is taken private, has risen 40% since June. Meanwhile, Line's stock has been flat, stuck at the old tender offer price that the market does not expect to see revised upward.

After ten eventful months, why hasn't Line's special committee revisited the pricing issue? Line's August 2020 valuation analysis, which simply repeats and reconfirms the 10-month-old valuation, is startling. As was the special committee's terse statement that "various events" occurring during that period "have no material impact on the intrinsic value" of Line, eliminating any need to review afresh the "appropriateness of the Tender Offer Price."

Suspicions intensified when it was revealed that two of the three members of Line's special committee had in June been appointed as "independent" directors of Z Holdings. Having accepted these positions with a SoftBank affiliate that will be integrated into Line, it would be highly awkward for them to then stand up and demand SoftBank and Naver pay a higher price for Line.

Another case in point is Itochu's bid for FamilyMart, which has produced another baffling response from FamilyMart's special committee. According to the committee, closer ties between Itochu and FamilyMart are a good thing for both companies.

But it refrained from expressing an opinion on the price being offered, inviting minority shareholders to decide for themselves. Given that the special committee's role is to serve as an independent check on the price being offered, the refusal to express an opinion -- or perhaps a negative opinion expressed in an evasive way -- is a disappointing abdication of responsibility.

Finally, came news reports earlier this week that a higher bid for nursing home operator Nichii Gakkan from Baring Private Equity Asia, throwing sand into the gears of Bain Capital's already approved bid to take Nichi Gakkan private. The company issued a statement claiming that the Baring offer may have been communicated to the controlling Terada family, but that it was not formally conveyed to the company's board or special committee. Be that as it may, the higher offer is now known. The company's decision to plow ahead with Bain at a lower valuation creates the suspicion that a transparent "market check" was bypassed to cement an "inside deal" disadvantageous to general shareholders. 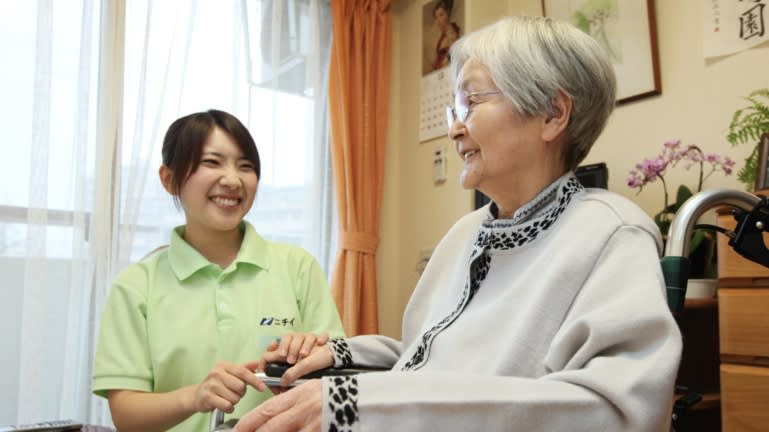 A staff talks to a resident at Nichii Gakkan's nursing home in Yokohama: the company's decision to plow ahead at a lower valuation creates the suspicion that a transparent market check was bypassed.

In all three transactions, minority shareholders face a decision. Either accept the offered price or resist, by refusing to tender their shares or petitioning a Japanese court to review the price. The most significant question facing Japanese corporate governance today is whether Japanese courts will intervene and backstop special committees and boards of directors that are not doing their jobs.

The Japanese Supreme Court's 2016 decision in the case of Jupiter Telecommunications, also known as J:COM, does not bode well. After years of impenetrable court decisions reviewing the "fairness" of prices paid in going-private transactions, the Supreme Court said that if the process by which the price was determined was fair, courts would no longer second guess. The path of least resistance, and the more likely response of a Japanese court to a minority shareholder challenge, would be to tick the boxes necessary to confirm the process complies with formal requirements of "independence" and "fairness" and leave the tender offer price untouched.

But any judge who digs below the surface would find good reason to conclude that the actual process being followed is not protecting minority shareholder interests. That requires a deeper level of judicial intervention and scrutiny.