Reversing Trump's regional strategy now would be confusing and wasteful 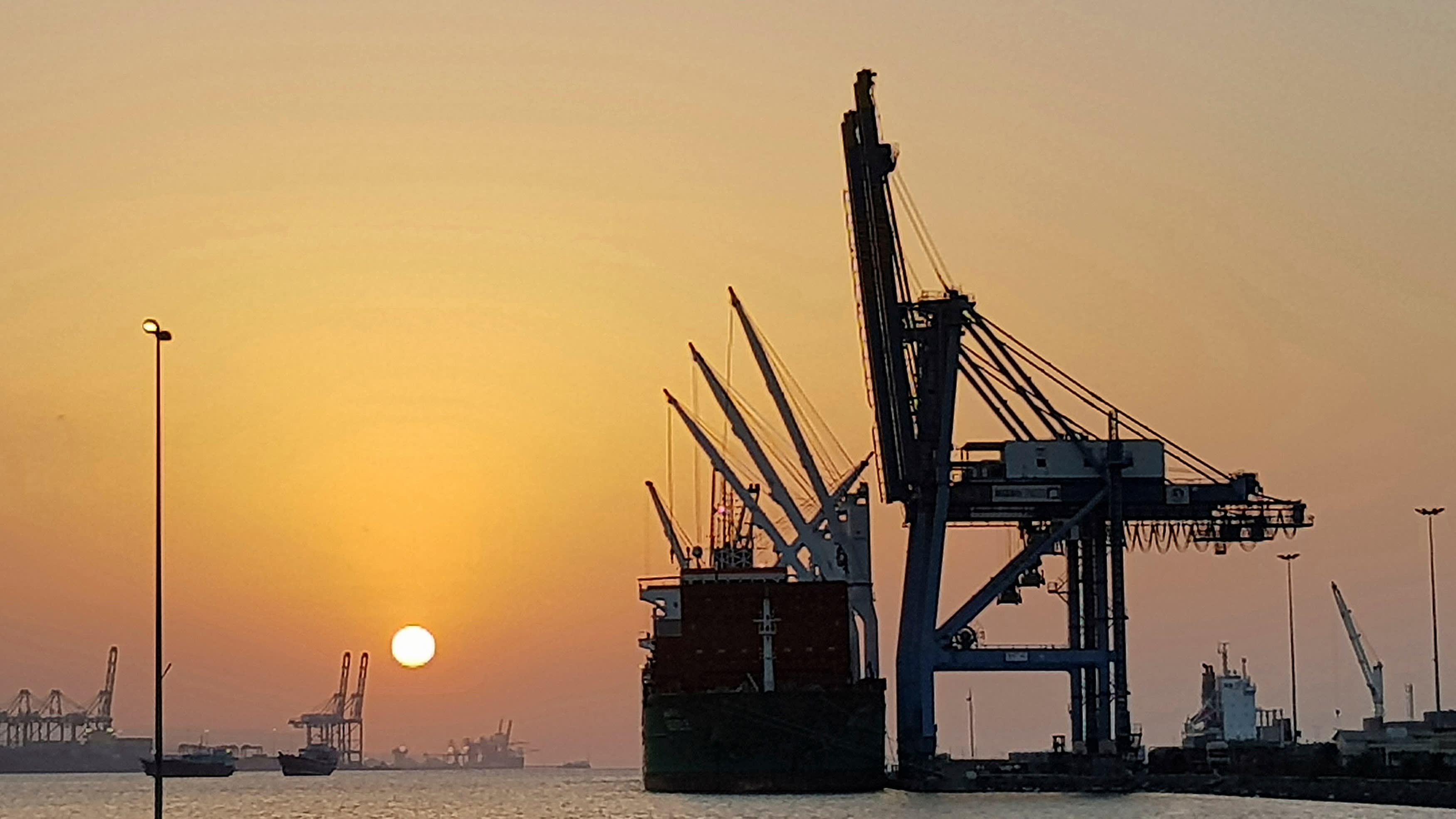 The port of Djibouti has become a military outpost for China: limiting U.S. attention to China within Asia-Pacific is no longer sufficient.   © AP
CopyCopied

U.S. President-elect Joe Biden may be poised to reverse many of President Donald Trump's policies, but one that is very likely to remain is the Indo-Pacific strategy. Biden and his advisers agree with the Trump administration that the U.S. must continue to push back against China's coercive activities by strengthening alliances and partnerships. If there are any changes to the Indo-Pacific strategy, however, they will probably be stylistic rather than substantive.

One obvious stylistic change is to rename the Indo-Pacific strategy to distance it from Trump. Having served as Obama's vice president, Biden has ready-made names to choose from, including the Strategic Rebalance or Pivot to Asia, though a fresh and personalized touch seems preferable. Regardless, a name change might be accompanied by a reduction in the geographic scope of Biden's strategy -- such as returning to an Asia-Pacific lens -- which would likely prove counterproductive. Indeed, the term "Indo-Pacific" and its regional conceptualization -- stretching "from California to Mount Kilimanjaro" -- is optimal for several reasons.

First, China itself operates through an Indo-Pacific lens. Although the Taiwan Strait and South and East China Seas remain the center of gravity for Beijing's coercive efforts, its diplomatic, economic, and military reach have increasingly impacted the Indian Ocean region and Oceania as well. China is leveraging Belt and Road Initiative projects in every South Asian country other than India to potentially secure access to geostrategically significant territories.

In Sri Lanka, for example, debt accumulated from BRI forced Colombo to sign a 99-year lease for Beijing to operate out of Hambantota port -- ideally situated along critical sea lanes of the Indian Ocean. Beijing also opened its first official military base in Djibouti in 2017, and its fishing fleets have depleted fishery stocks off the eastern coast of Africa. Last year, China poached two of Taiwan's few remaining diplomatic partners in Oceania -- the Solomon Islands and Kiribati -- and in 2018, Beijing was reportedly planning to establish a base on Vanuatu. Thus, limiting U.S. attention to China within Asia or even the Asia-Pacific, is simply no longer sufficient. 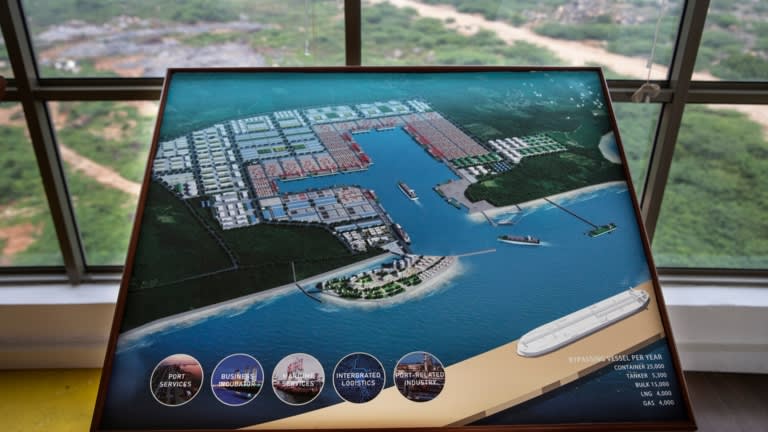 A graphic at a viewing deck shows the potential of what a finished Hambantota Port will look like: the port is ideally situated along critical sea lanes of the Indian Ocean.   © Getty Images

Second, the term "Indo-Pacific" sends the appropriate message to Beijing that, in an era of great power competition, Washington is prioritizing cooperation with maritime rim nations and island states to push back against China's rising assertiveness and influence. Doing so implies that the window of opportunity for Washington to cooperate with Beijing is closing, which should add pressure to a nation that already has few friends and convince it of the need to behave responsibly. Of course, Beijing has referred to the Indo-Pacific strategy as part of a U.S. plan to contain China, but that narrative is increasingly irrelevant to most countries who are regularly victimized by their powerful neighbor.

Third, from a practical perspective, Washington has already reconfigured its government to implement policy through an Indo-Pacific lens. The obvious example is the decision in 2018 to rename its Pacific Command to Indo-Pacific Command, but the implications are much further-reaching than that. For example, the policy shop at the Pentagon, known as the Office of the Secretary of Defense, was reorganized around the same time in order to group allies and partners -- Indo-Pacific maritime rim and island states -- together in one component office, and China in another. The clear mental separation between the two is a direct result of the Indo-Pacific approach, and reversing it now would be confusing and wasteful.

The Trump administration has also emphasized Oceania more than any other administration in recent memory. Notably, the National Security Council for the first time has a dedicated director for Oceania affairs, supporting unprecedented visits last year by the Secretary of State and Secretary of Defense to Micronesia and Palau respectively, and a historic summit in 2019 between the leaders of the Freely Associated States and President Trump at the White House.

Moreover, the Indo-Pacific strategy includes South Asia and the Indian Ocean region -- neither of which were ever officially codified in strategy under past administrations. If Indo-Pacific is dropped, then it would stand to reason that the Biden administration would have to produce a separate India or South Asia strategy, just as New Delhi is becoming a major security partner of the U.S. and facing Chinese aggression in the Himalayas.

A distinct strategy for India and South Asia would eliminate the cross-regional and crosscutting perspectives enabled under Indo-Pacific. Not seeing the region holistically would likely make it more difficult to discern patterns of Chinese behavior that could help the U.S. better understand and respond to Chinese grand strategy.

Fourth, and finally, key U.S. allies and partners are already accustomed to the Indo-Pacific approach, and changing it midstream would be an unwelcome development for them. In foreign policy, consistency builds trust, and that is probably why Biden, during his recent phone calls with leaders of Australia, India, Japan, New Zealand, and South Korea used the term "Indo-Pacific" to describe the region. This is a good sign, but whether it will be sustained is questionable. Notably, Biden replaced Trump's bumper sticker goal of keeping the region "free and open" to "secure and prosperous," suggesting more changes might be on the horizon.

Ultimately, Indo-Pacific is more than just a name. It is more than just geography. It is actually a mindset that shapes how Washington observes and responds to China. Indo-Pacific is also a signaling mechanism to Beijing that Washington, in concert with allies and partners, is on the same page in facing down Chinese threats that can no longer remain confined to China's immediate borders.