As developing Asia's economy shrinks for the first time in six decades, Jakarta may be the best place to view the wreckage.

It is not just that Indonesia has one of the region's worst COVID-19 outbreaks. Or that Southeast Asia's biggest economy is contracting for the first time since the 1990s. It is the desperation with which the government is embracing once-taboo policies that may undo decades of progress.

One such step came in July, when President Joko "Jokowi" Widodo made the central bank an offer it coudn't refuse: buy government debt directly from us, a maneuver no credible global economy has tried in modern history. Such support, economists worry, could fuel runaway inflation and encourage ruinous borrowing decisions.

Not to worry, Jokowi's team said. Since 1999, Bank Indonesia has been an independent, sober authority that is sure to keep government officials honest.

Well, perhaps not so much now. A more recent step has lawmakers mulling plans to stack the central bank's roster of governors with a "panel of experts." The idea is to put two government ministers on the six-member board that decides interest rates. And to create a "monetary council" giving the finance minister supervisory powers.

The rupiah has, understandably, taken a hit from this blatant politicization of Indonesia's most globally-respected institution. Why wouldn't it, as Jokowi throttles back on many pro-market reforms he pledged back in 2014?

Jokowi's first term in the presidential palace put some impactful upgrades on the books. He ramped up infrastructure investment, cut budget-busting subsidies and increased government accountability.

Once top-line growth returned, Jokowi pivoted to other pursuits. The arrival of the coronavirus caught Jokowi's reformers napping on the job. And now, they are panicking in ways that are as shortsighted as they are dangerous.

It was the lack of separation between the Ministry of Finance and Bank Indonesia that helped get the economy in trouble in the 1990s. Foreign investors did not care that the two institutions were effectively one prior to Thailand's 1997 devaluation, which started a chain reaction of devaluations. Growth was buoyant, inflation was low, budgets appeared balanced and returns were high.

The Asian crisis pulled the rug out from under "tiger" economies, none faster than Indonesia. The rupiah's 80% plunge made foreign debt held overseas, that investors did not know existed, impossible to repay. The chaos fueled violent protests that ended Suharto's 32-year reign.

A year later Bank Indonesia was freed from government meddling, an epochal change. From 2004 to 2014, Jokowi's predecessor, Susilo Bambang Yudhoyono, set out to dismantle Suharto Inc. That meant discerning where the public sector ended and where the private sector began -- and creating distance between the two. By 2011, Yudhoyono had restored Jakarta to investment-grade status. Why, then, do lawmakers think now is the time for backsliding by the re-merging of fiscal and monetary functions?

Earlier this week, the Asian Development Bank warned the region will shrink for the first time since the early 1960s. The predicted 0.7% decline in gross domestic product in 2020 is a "potent" threat to living standards, said ADB Chief Economist Yasuyuki Sawada.

Yet Jakarta is risking its credibility in the long run for short-term political expediency. Government officials counsel calm. Finance Minister Sri Mulyani Indrawati insists there will be a "clear division of duties" and an "adequate check-and-balance mechanism."

Granted, monetary autonomy has become rather fungible in the post-2008 Lehman shock world. Under U.S. President Donald Trump, the Federal Reserve is acting like a political slush. Its cash is fueling a stock rally weirdly divorced from a COVID-19 battered nation where infections are nearing the 7 million mark.

The difference is that Washington prints, for better or worse, the reserve currency. Indonesia, by sharp contrast, ranks behind Kuwait and Lesotho in Transparency International's corruption perceptions index.

No doubt, Jakarta's 85th place ranking marks some progress since 1999, when it was 96th. But it is not at a level that engenders trust among investors as Jakarta flirts with returning to the days when politicians meddled with Bank Indonesia. Or, at a moment when Bank Indonesia is playing ATM for government debt.

The good news: there is still time for Jokowi to reject this retrograde legislation. He should do exactly that and redouble efforts to stimulate growth with a mix of fiscal stimulus and structural upgrades. That means upping the size of the $48 billion spending package unveiled in June. 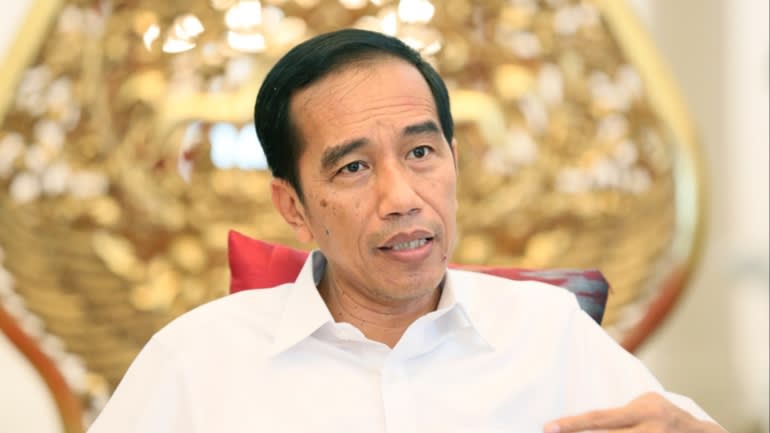 There is still time for Jokowi to reject the retrograde legislation. (Photo by Keiichiro Asahara)

The best way to frame the challenge is to acknowledge what printing more rupiah cannot do. Easier money policies will not improve the nation's unsteady coronavirus response. It will not make the economy more competitive, productive or egalitarian.

Lower rates have no role in taming the economic nationalism turning off miners and other foreign investors. They will not help Indonesia leapfrog over Jamaica or Uzbekistan on the World Bank's ease-of-doing-business tables. They will not ensure Indonesia's 270 million people do not get ensnared in the middle-income trap.

By all means, stabilize the economy to maintain the impressive gains since the 1990s. Yet failed strategies from that period should be contained to the ash heap of history. Not back calling the shots at Bank Indonesia already in ATM mode.