Hong Kong has been through a difficult weekend as we learned with grief about the death of a 22-year-old university student, Chow Tsz-lok, on Friday -- the first death directly related to the city's protests over the past five months.

The news caused shock and sadness across the city, but also sparked new rounds of protests and clashes. On the night of Chow's death, from injuries sustained after falling from a third-storey car park a few days before, police officers fired a live round into the air in a densely-populated district in Kowloon, while tear gas canisters were used in Tseung Kwan O, where the tragedy happened.

Over the weekend, vigils and prayer meetings were held to commemorate the tragic loss of our freedom fighter, attended by hundreds of thousands of people.

Yet this anger or even hatred did not come out of nowhere. On Friday night, a riot police officer was filmed shouting they would open a bottle of champagne to celebrate Chow's death while dispersing grieving protesters.

In a statement, the principal of Chow's university, Wei Shyy, demanded "clarifications from all parties -- especially from police, regarding the cause of the delay in those most critical moments that might have saved a young life. We will be outraged if there is no acceptable explanation offered to us."

Suspicions about the role of the police have been building. The police claimed at a news conference that they did not enter the car park until 1:05 a.m. However, dashcam footage showed that police might have entered the site as early as at 11:29 p.m. -- before Chow's fall. That makes the police's testimony completely untrustworthy.

On top of that, riot police blocked ambulance access to Chow after his fall by setting up cordons in the area, causing a delay of 20 minutes in the rescue operation.

Despite a significant conflict of interest, the police rejected the idea that an outside agency should investigate the case, which casts more doubt on the credibility of its investigative report.

Chow's death is closely related to police violence. Current investigative mechanisms can no longer restore public trust; they fail to meet the expectations of the whole society.

Even a member of the review panel of international experts, who are responsible for studying the scope of the Independent Police Complaints Council's remit, publicly criticized the police watchdog for its lack of powers "to match the scale of events."

Public confidence in the police force has hit a record low. According to the latest poll by Ming Pao newspaper, over half of the city's population said they do not trust the police at all, while nearly 70% demanded immediate police reform. Police press briefings are full of sneaky responses and deliberate lies. "Investigate police violence, stop police lies" has become the new demand of the city. 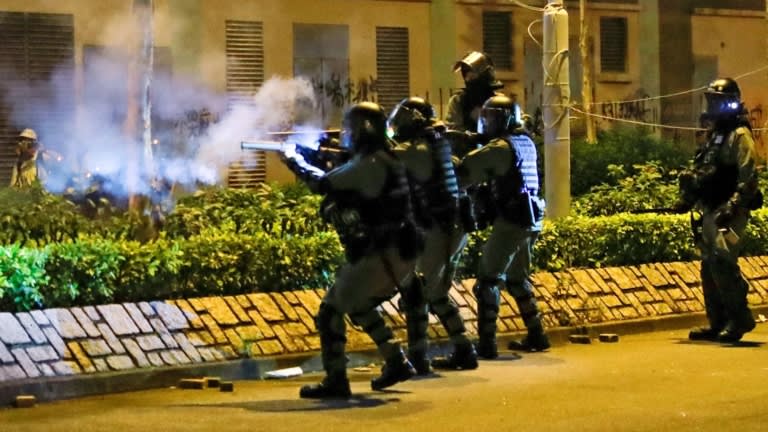 At this point, an independent inquiry is a necessary but not sufficient solution to soothe the tension. It comes too late and too reluctantly.

With the disproportionately high number of pro-democracy supporters detained, arrested, charged, beaten, tortured and humiliated by police, it is not just a case of a few bad apples in the force.

The people of Hong Kong now call for a police overhaul, a fundamental reform of our entire law enforcement agency. The rationale behind this demand is simple: genuine checks and balances must be restored lest the authorities be uncontrolled.

To find an end to this perilous political crisis, the authorities should seek a political solution instead of the intensified use of state violence. Otherwise, disenchanted with an ineffective system, people's grief will eventually be transformed into irreversible hatred and anger. But Chinese President Xi Jinping and his aides clearly intend the opposite.

This month's district council elections, essential to put pressure on Beijing and Hong Kong's government, have been overshadowed after Friday's clashes. A pro-government plot to call off the election is now emerging, with establishment hawks calling for the election to be suspended because of self-inflicted social unrest.

Eliminating this last resort for channeling public discontent into an institution would be no less than declaring the collapse of Hong Kong's "One Country, Two Systems."

Early Monday morning, we woke up to find the police had shot another unarmed young protester in a bustling commuter neighborhood. This is going to be another long and angry day.

Joshua Wong is a student activist in Hong Kong democracy protests, facing charges of unlawful assembly. He is the only aspiring candidate barred from standing in the city's local election.