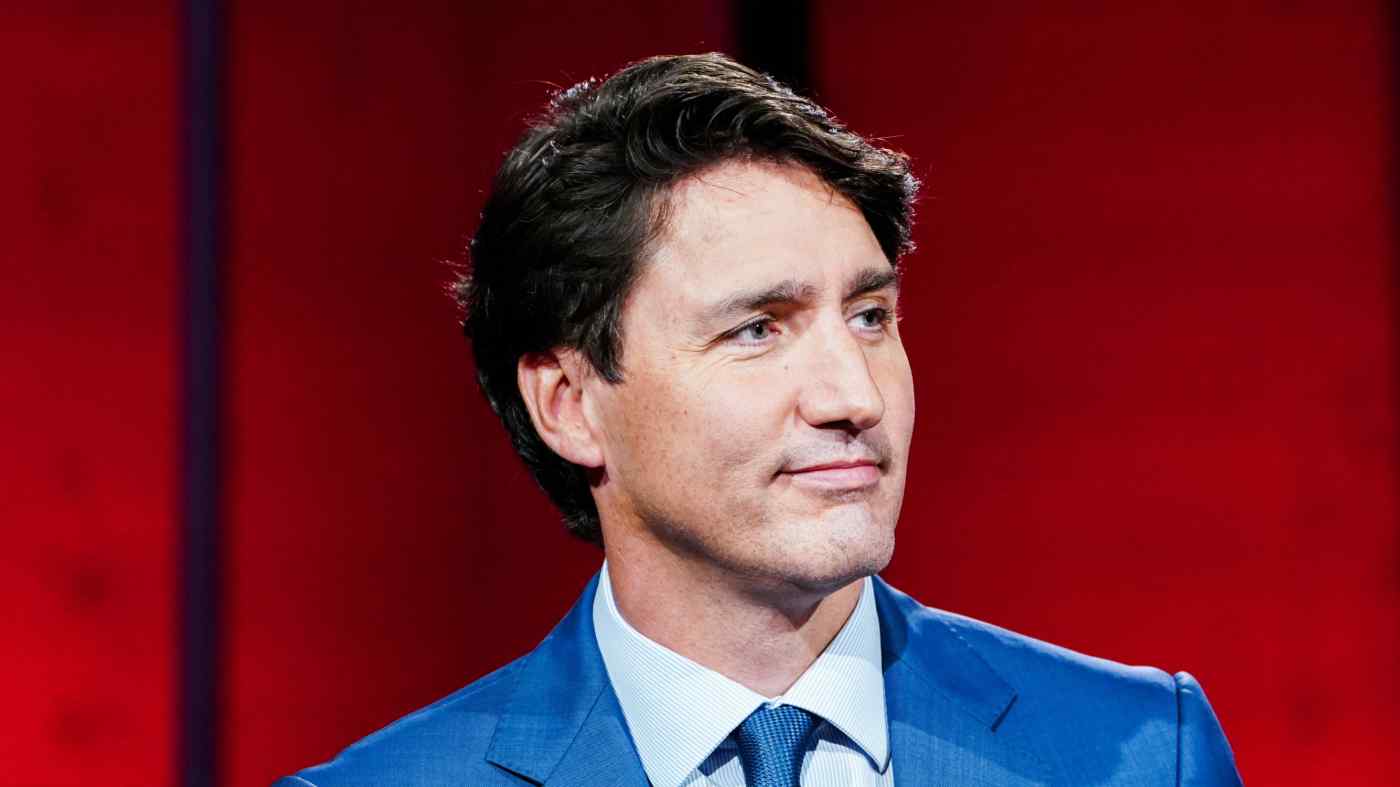 Justin Trudeau, pictured in Toronto on Sept. 12: the Prime Minister has taken an exceptionally hard line against Beijing.   © Reuters
CopyCopied

Canadian voters will head to the polls on Monday to decide whether to reward Prime Minister Justin Trudeau's Liberal Party with a third term in office.

The snap election, called halfway through a four-year term and in the midst of a pandemic has been widely seen as a gamble to regain the sweeping first-term majority Trudeau won in 2015. Trudeau was forced into minority government in 2019 after his record was marred by allegations of corruption and cronyism, as well as revelations that he had donned blackface several years before entering politics.

Declaring Canada as being back on the world stage when he first became prime minister, Trudeau asserted that many of his country's friends were "worried that Canada has lost its compassionate and constructive voice."

Intended as a dig against defeated Conservative Prime Minister Stephen Harper, whose hawkish foreign policy stance led to him being sometimes described as the last neoconservative standing after U.S. President George Bush left office in 2009, how do Trudeau's foreign policy accomplishments compare with his lofty rhetoric?

Looked at through an Asian lens, Canada is certainly in a worse position now than when Trudeau took office.

Under Harper, Canada oscillated between conciliatory engagement and a more aggressive posture toward communist China, much to the disappointment of his party's China hawks. But since Trudeau took over, Canada's bilateral relationship with China has nose-dived.

The most vexatious issue has been China's imprisonment of Canadians Michael Kovrig and Michael Spavor, most likely in retaliation for Canada's arrest of Huawei Technologies executive Meng Wangzhou, acting on a U.S. warrant. Further aggravating ties was the death sentence handed by a Chinese court to Canadian drug smuggler Robert Schellenberg a month after Meng's arrest.

Goaded by the Conservative Party, as well as China hawks within his Liberal Party, Trudeau has taken an exceptionally hard line against Beijing, a stance that has done little to win the release of the two Michaels, as they have become known in Canada.

Strangely, in the midst of this diplomatic spat, Trudeau banked on a Canadian partnership with Chinese pharmaceutical company CanSino Biologics to develop a COVID-19 vaccine. When the deal fell apart after the Chinese side pulled out, Trudeau's government had to hastily sign a raft of contracts with global vaccine manufacturers at an undisclosed cost to taxpayers.

Relations with Asia's other giant, India, are in equally poor shape. Former Prime Minister Harper enjoyed warm relations and a genuine chemistry with his Indian counterpart, Narendra Modi, both of whom saw themselves and each other as maverick conservatives who had stormed the bastion.

Fast-forward to Trudeau's visit to India in 2018, which was widely seen as an embarrassing failure. With Trudeau and his entourage accomplishing little save for indulging a taste for Bollywood-style fashion, the trip's most notable misfire was the failure to clinch a trade deal with India that had been in limbo for more than a decade. Justin Trudeau is greeted by Narendra Modi in New Delhi in February 2018: the trip's most notable misfire was the failure to clinch a trade deal with India.   © Reuters

Already-frosty relations worsened further when Trudeau spoke out in favor of farmers protesting against a series of laws passed by Modi's government.

Not only did Trudeau appear to be meddling in India's internal affairs, but his stunt backfired with the intended audience back home, Canada's electorally important Sikh diaspora, who made it clear that the prime minister's remarks had more to do with domestic politics than with foreign policy.

More recently, with the onset of the delta variant in India, Canada suspended direct flights to and from India, a ban that has stayed in place long after other countries, including the U.S., the U.K. and Germany, have normalized flights.

This has forced thousands of Canadian citizens, permanent residents, students and holders of work permits to fly a circuitous and costly route home through one or more third countries.

While other major Western powers are working to improve relations with India, widely seen as the only viable counterweight to China in the region, Trudeau has managed to alienate both of Asia's giants. The picture is not much better elsewhere.

Even Trudeau's bid to win a largely symbolic nonpermanent seat on the United Nations Security Council in 2020 failed, with Norway and Ireland winning the two temporary seats up for grabs.

With an election called the day that Kabul fell to Taliban forces, Canadian officials took their eye off the ball and focused more on electioneering than on expediting the safe rescue of Canadians and Afghans who had worked with Canadian forces. An unknown number remain trapped in Afghanistan with no prospect of safe passage to Canada.

While the contours of the Conservative Party's foreign policy remain unclear, new Conservative leader Erin O'Toole has vowed to take a tough line on Beijing, including withdrawing Canada from the China-backed Asian Infrastructure and Investment Bank, and decoupling critical components of Canada's supply chains.

As the election campaign winds down, one in which foreign policy has barely rated a mention, it is increasingly clear that far from putting Canada on the big stage, Trudeau has put his country at the back of the bus.