Kim will not bite on Trump's economic bait 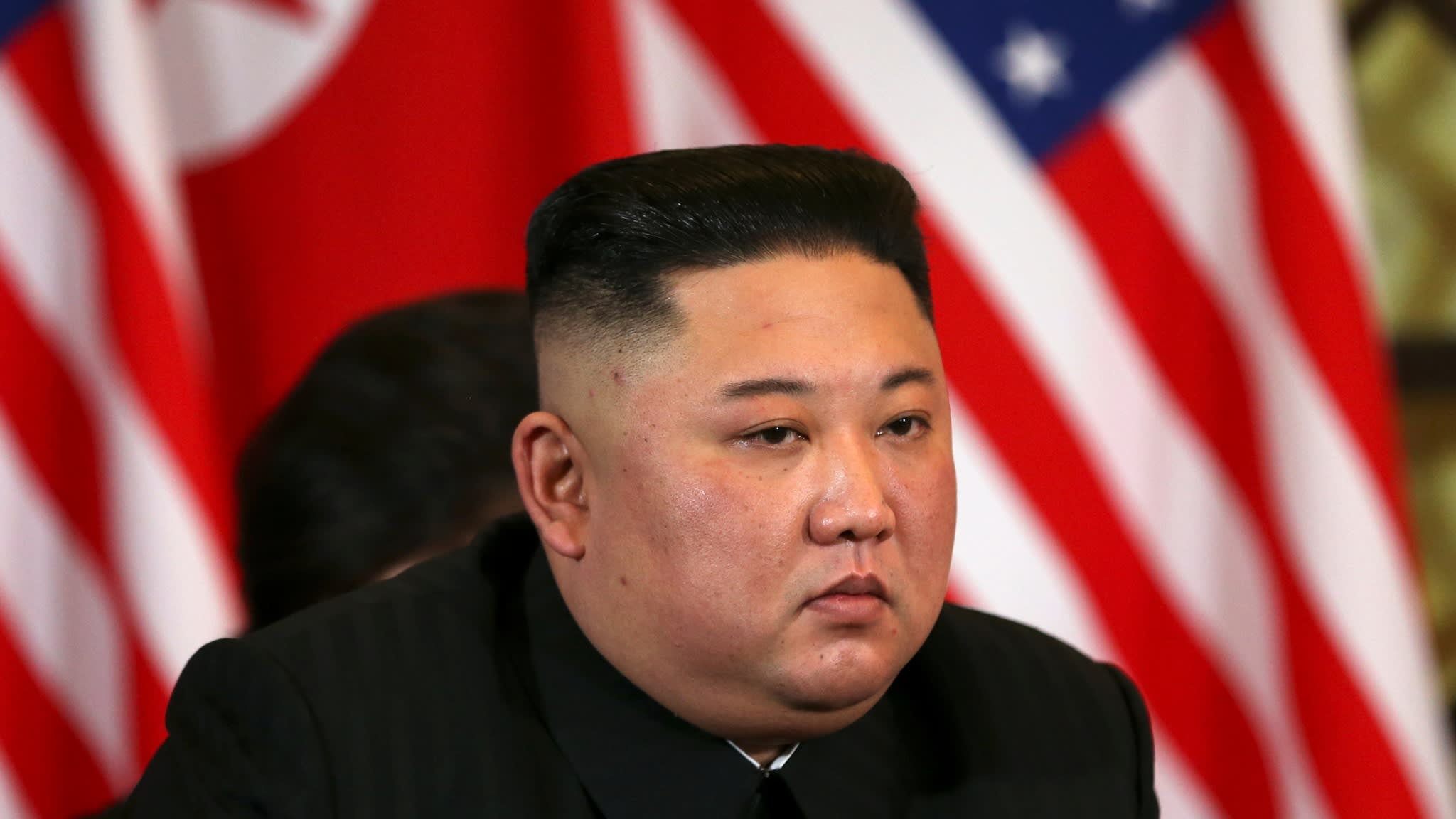 What is the magic lure that will entice North Korean leader Kim Jong Un to dismantle his nuclear weapons program?

That was the question at the top of the agenda at the April 11 meeting between U.S. President Donald Trump and his South Korean counterpart Moon Jae In, as it was at the Hanoi Summit between Trump and Kim in March and at their first meeting in Singapore last year.

No answers have so far emerged from all this diplomatic grandstanding. Nor are they likely to.

For all the economic lures that Trump and Moon are employing to tempt Kim into a deal, the basic problem remains unchanged and so far unyielding: Kim's deep-seated, and wholly rational, reluctance to trade his nuclear weapons for prosperity.

If the regime remains unwilling to take the risk and pursue an economic opening as China and Vietnam did, any viable resolution of the crisis will likely prove elusive. As if to prove the point, Kim on April 10 urged senior officials of his ruling Workers' Party to push economic "self-reliance."

Recall that as diplomacy began after Kim's 2018 New Year's speech, the argument among many Korea-watchers was that this time is different from previous failed efforts. Why? Because now we have a 30-something leader who wants to stay in power and who has promised his people prosperity.

In effect, the logic for a deal was that the Kim family dynasty, whose legitimacy is largely based on nuclear weapons, could instead switch course, abandon nukes and base its legitimacy mainly on economic performance. The squeeze on the North Korean economy coming from the 'maximum pressure' of United Nations sanctions, the argument went, would force a "strategic choice," as U.S. Secretary of State Mike Pompeo put it.

This is clearly what Trump, with visions of condos, casinos and Trump Towers, is still dangling before Kim. A White House statement released shortly before the Hanoi Summit said, "Robust economic development under Chairman Kim is at the core of President Trump's vision for a bright future for United States-DPRK relations."

Trump is undoubtedly correct: North Korea has tremendous economic potential. It goes well beyond the country's unspoiled beaches and ski slopes tourist potential. North Korea has mineral wealth -- coal, iron, zinc, copper, and not least, substantial amounts of rare earth minerals. Moreover, its geography, in the center of Northeast Asia, offers the prospect of infrastructure investment in roads, rails, digital networks and energy. It could draw handsome rents as a transit state for Russian oil and gas pipelines and from a regional electric grid, fed by Russian hydro power.

But to achieve economic modernization, Kim would have to accept some risk. Beijing has been urging Pyongyang to reform for two decades. But despite the ability of Communist Parties in Beijing and Hanoi to continue thriving even as they opened their economies, Kim's father, Kim Jong Il, and now Kim Jr both declined to follow suit. Pyongyang has feared a loss of total political control and destabilization.

It is argued that technological and economic change alters the argument. Information has seeped in from China and thumb drives and CDs from South Korea. The regime has increasingly allowed markets to grow from the bottom up, as a coping mechanism after the drastic famine of the late 1990s when the state distribution system broke down. 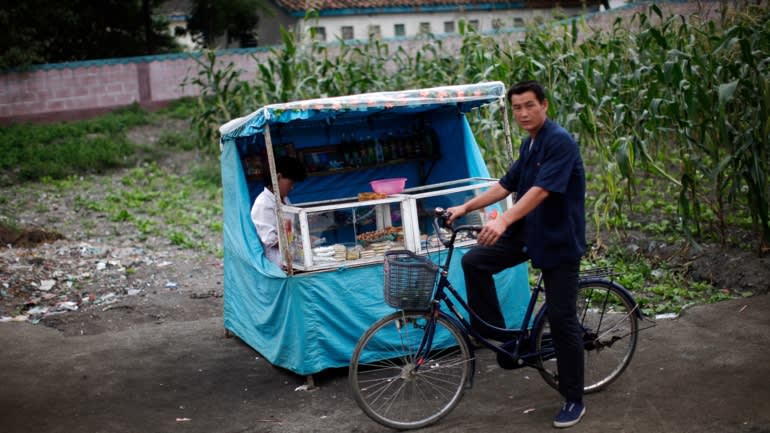 There are now more than 400 markets and some 600,000 stalls tolerated in North Korea. By some estimates they constitute a parallel economy -- one mainly based on U.S. dollars and yuan. With millions involved, market activity may account for half or more of gross domestic product. Yet not only is the word reform banned, the term for private markets, jangmadang is never used in front of foreigners.

These private markets are tolerated in large part as a rent-seeking source of mafia-like corruption: every stall and store pays off local police, party and government officials. They comprise an elite, fledgling middle class, concentrated in major cities.

Some see the private activity as a source for change: rising expectations that will spur China-style reforms. But the opposite may be true: those prospering in a scarcity economy may fear that an opening may upend current cozy arrangements.

Most North Koreans do not understand how markets work. I recall North Koreans telling me how shocked they were that virtually no tourists showed up when Kim built a Swiss-style ski resort, or why no investors rushed in when Kim declared 17 special economic zones.

The notions of enforceable investment rules, commercial law and business dispute arbitration are all alien. North Korea has not paid a single foreign debt for 70 years. Pyongyang still owes Sweden for 1,000 Volvos from the 1970s. Foreign investors, including the Chinese, have been robbed of their investments by arbitrary government action.

What investors are likely to put money into North Korea in these circumstances? U.S. negotiators have, I am told, quietly broached the idea of Pyongyang opening a dialogue with the International Monetary Fund, the World Bank and the World Trade Organization. But to join the IMF/World Bank, Pyongyang would need to open books, which until now have been considered state secrets.

Here may lie the fatal flaw of any credible deal: what if all the economic goodies Trump is offering are viewed in Pyongyang as poison carrots? Barring an unexpected shift, Kim seems so risk-averse that he will prefer to muddle through on his own terms. He has, after all, avoided China-type openings despite two decades of urging from Beijing, including four meetings with president Xi Jinping.

So, if there is a diplomatic path forward, it almost certainly goes via incremental, step-by-step negotiations. Trust could be built by gradual change, baby step by baby step. At his meeting with Moon, Trump acknowledged the point, telling reporters: "There are various smaller deals that maybe could happen. Things could happen. You could work out, step-by-step, pieces."

However, he concluded: "But at this moment, we're talking about the big deal. The big deal is we have to get rid the nuclear weapons." In other words, the U.S. remains wedded to demanding immediate gratification -- all your nukes, now. A denuclearized Korean Peninsula is therefore almost certainly not on the horizon, no matter how many summits are held to talk about it. Robert A. Manning is a senior fellow of the Brent Scowcroft Center for Strategy and Security at the Atlantic Council and its Foresight, Strategy and Risks Initiative. He served as a senior counselor to the Undersecretary of State for Global Affairs from 2001 to 2004, as a member of the U.S. Department of State Policy Planning Staff from 2004 to 2008, and on the National Intelligence Council (NIC) Strategic Futures Group, 2008-12