Her media-savvy, populist candidacy has caused splits in ruling and opposition groups 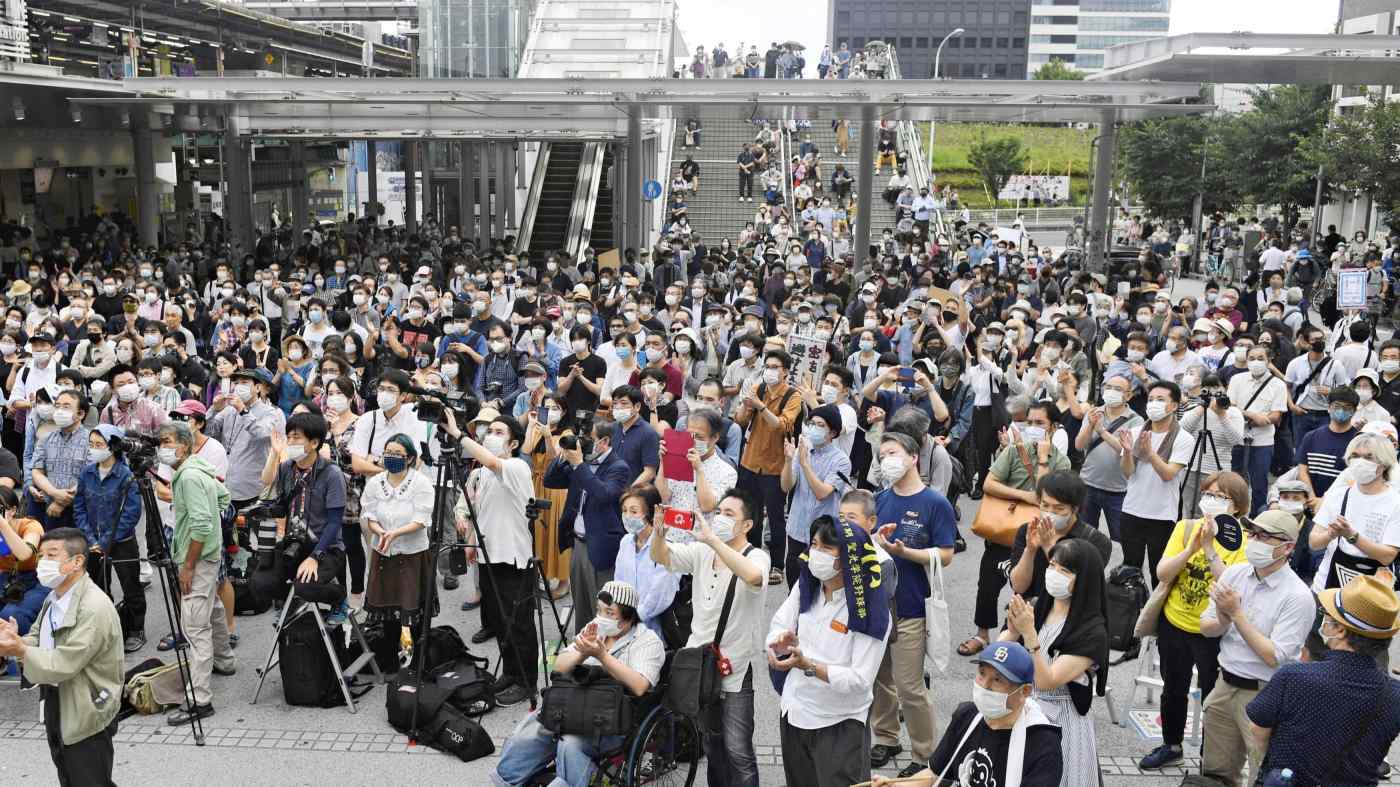 People listen to a stump speech by a candidate on June 21: Japan's lofty aspiration of a two-party system remains a dream.   © Kyodo
CopyCopied

In July 2016, Yuriko Koike won a landslide victory in the Tokyo governor's election. Now, four years later, she is seeking another term. Despite 22 candidates vying for her office, at least one survey has reported that the July 5 poll is most likely to result in a second mandate for her.

Her campaign slogan is "Tokyo Great Reform 2.0," suggesting that she is building on something she established during her first term -- but that is hardly the case. Many of her campaign promises from four years ago, on gender and working conditions for example, have yet to be fulfilled.

Her decisive response to the COVID-19 pandemic has earned her some credit, but her true appeal derives primarily from her adept use of mass media. A TV newscaster turned politician, she coins catchy slogans and skilfully disseminates her views widely -- arguably excessively so. Her anti-establishment rhetoric has boosted her approval ratings too.

But with a media-savvy populist as the front-runner, sending rival parties into a tailspin, this local race looks poised to weaken Japanese party politics at the national level.

Koike's anti-establishment style of politics qualifies her as a populist. In 2016, she ran as an independent candidate after failing to obtain the endorsement of the ruling Liberal Democratic Party, to which she belonged at the time. During the campaign, Koike harshly attacked LDP-Tokyo branch politicians for making the Tokyo Metropolitan Assembly a "black box" with nontransparent processes for policymaking. 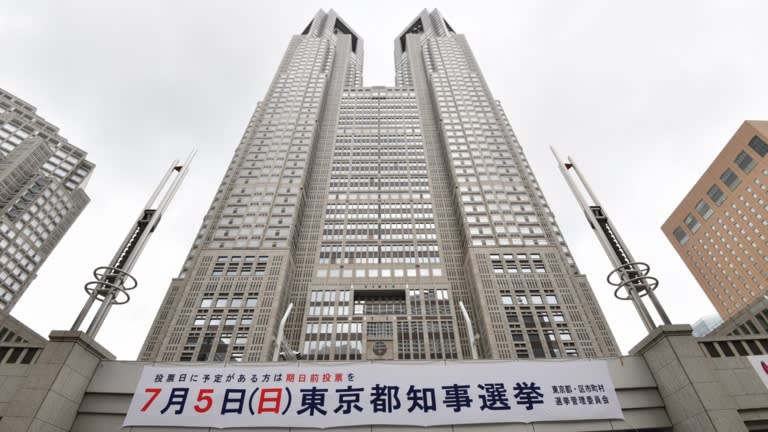 Koike's apparent lack of commitment to any political party is pronounced. During her 30-year career as a politician, she has hopped parties seven times, including twice when she launched her own.

Koike's 2016 candidacy created a fissure within the LDP camp. The Tokyo branch of the LDP regards Koike as their archenemy because of her extraordinary success in villainizing them during the election. This animosity was compounded when they lost their majority in the 2017 Tokyo assembly election at the hands of the Tokyoites First Party she created.

Meanwhile, the LDP leadership takes an entirely different stance toward Koike. She is a favorite of Toshihiro Nikai, secretary-general of the LDP. He and Koike have maintained close ties since the mid-1990s when they were members of the now-defunct New Frontier Party, and few were surprised when he stated early in the race that the LDP was prepared to endorse her for the July 5 poll.

Eventually, the LDP settled on an equivocal solution, leaving it up to individual party members who to support for the 2020 election. Its unwillingness to give an official endorsement reflects considerable tension within the party.

The opposition, despite exploring the possibility of fielding a common candidate against Koike, is splintered too. The aborted negotiation process highlighted insurmountable differences over the desirable consumption tax rate, which is an odd area of contention as it is a national-level issue entirely outside the governor's jurisdiction.

Now her candidacy is wielding yet another blow against them by undermining the relationship between these major opposition parties and their trade union support base, the Japanese Trade Union Confederation, or JTUC.

In previous national elections, the 7-million strong JTUC has thrown its support behind candidates from the CDP and the DPFP. For the July 5 poll, however, JTUC's Tokyo branch gave the nod to Koike instead, further dividing the opposition movement.

When Japan embarked on major political reforms in the 1990s, the aim was to encourage a two-party system with periodic alternation of the party in power in order to foster greater party discipline and enable policies that benefit a broad swath of the public over the long run.

After 30 years, this lofty aspiration remains a dream and the July 5 election looks likely to make it even more difficult for Japan to achieve it. The contortions within both the ruling and opposition parties because of the Tokyo poll have further fragmented and obscured Japan's party politics.

When the next elections for the House of Representatives happen, watch out for a more fractious LDP and a less cohesive opposition -- the Koike effect.