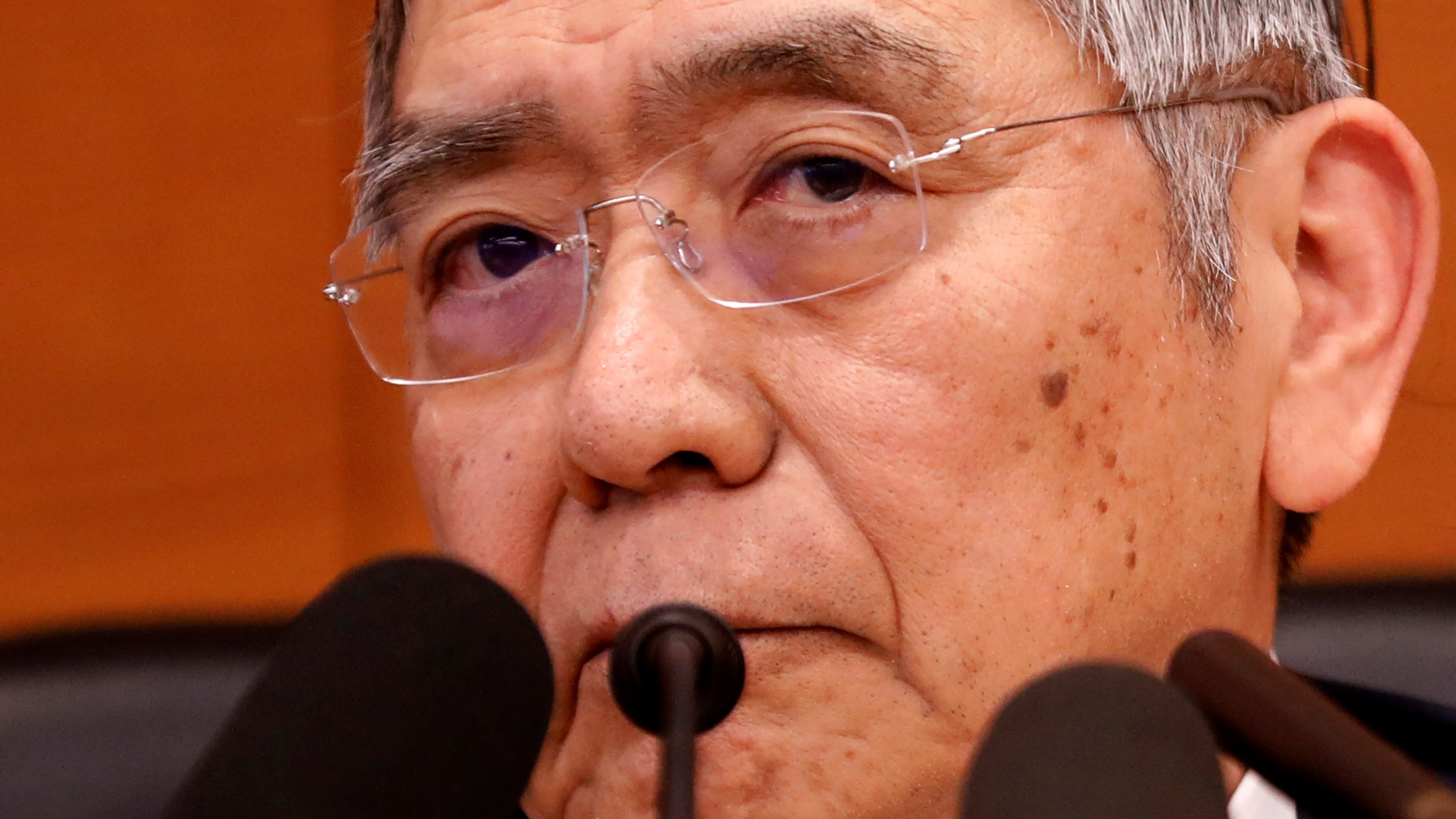 Kuroda is haunted by a vow he made seven years ago.   © Reuters
CopyCopied

Of all the challenges the Bank of Japan expected in 2020, the return of deflation was probably not high on their list.

Welcome to Governor Haruhiko Kuroda's nightmare year, one that is undoing much of his monetary handiwork over the last 88 months. Japan is back in recession as the coronavirus collides with the trade war. Even worse, a recent Nikkei survey suggests that a majority of Japanese CEOs think it will take at least two years to recover.

What is truly worrisome, though, are all the unknowns lurking beyond the horizon. Will fresh waves of COVID-19 infections force another lockdown? How far will President Donald Trump go lashing out at Beijing ahead of the November 3 U.S. election? Can China, Japan's main customer, avoid its own downturn?

Such risks put the onus on Kuroda to protect the gains made since he assumed control of the BOJ in March 2013. As he tends to Tokyo's animal spirits, though, Kuroda is haunted by a vow he made seven years ago: the BOJ will "do whatever it can" to defeat deflation once and for all.

Kuroda's Mario Draghi moment is not aging well. The reference here is to the former European Central Bank's famous 2012 preparedness pledge. For a few years, Kuroda channeled it masterfully. He hoarded enough government bonds to drive down the yen by 30% to help exporters. He gorged on stocks via exchange-traded funds and big-footed other asset classes to pump cash into the economy.

Inflation seemed on the verge of a comeback -- only to relapse into falling prices. Granted, nothing of the sort Japan suffered from the late 1990s until the mid-2010s. The BOJ now expects consumer prices to fall 0.5% in the fiscal year ending in March. That is a far cry from the 2% inflation goal.

This makes the complete indifference of Kuroda and his team all the more perplexing.

As COVID-19 risks surged in recent months, Kuroda proclaimed repeatedly that the BOJ will not hesitate to ease further if needed. What are we waiting for? The last thing Kuroda wants is to be the central banker who cried wolf during a pandemic. Particularly with peers from Washington to Jakarta reminding businesses, investors and households that they are on top of things.

By their inaction, Kuroda & Co. are botching the endgame of one of history's most audacious monetary experiments.

Still, the BOJ looks asleep at the wheel. Nor is the $2 trillion in spending Abe's government has thrown at the coronavirus cheered Japanese executives. As Nikkei's survey shows, the focus is on trimming office space -- and, one can assume, staff -- as teleworking takes root in the world's third-biggest economy.

What CEOs most certainly will not be doing is lifting wages, making the BOJ's decision to sit back all the more puzzling. The year of 2020, after all, was supposed to be the time when Japan welcomed 40 million tourists, hosted the now postponed Tokyo Olympics and companies reaped the benefits of a turn in the global spotlight. The year of 2020 was supposed to be the time when Japan welcomed 40 million tourists.   © Reuters

Instead, 2020 has devolved into the year Japan's longest expansion since the 1980s went awry. It also is the year Kuroda must decide whether to protect the BOJ's gains or admit failure.

The good news is that Kuroda can regain momentum. He can start by talking less and taking decisive actions such as recalibrating the BOJ's government bond purchasing program. Toying with negative interest rates since 2016, the BOJ should admit that experiment has failed.

Without differences in yields between different securities, banks find it hard to profit from borrowing money at one rate and lending at a higher one. This makes rural banks less inclined to extend the BOJ's credit. Why not open a special, and exceedingly generous, lending window for regional institutions instead?

The BOJ should drop the 2% inflation goal and -- in concert with lawmakers -- target 2% wage growth. Or 2% annual increases in gross domestic product. Kuroda could even seek authority to buy corporate bonds of those companies committed to avoiding layoffs and hiking wages. Another option would be for the BOJ to buy local government debt to pump liquidity into areas suffering from job losses and depopulation.

Finally, a few well-timed blasts from Kuroda's monetary "bazooka" now would reassure jittery CEOs. At some point, central banking becomes a matter of performance art. After pumping trillions of dollars into the economy, the BOJ's job is now akin to a conductor trying to motivate an orchestra comprising banks and companies to enrapture consumers with tens of millions.

Kuroda needs to relocate his inner maestro before it is too late. Otherwise, his BOJ's seven-year deflation battle will be an exercise in futility.