Stage set for the messiest political exit in modern history 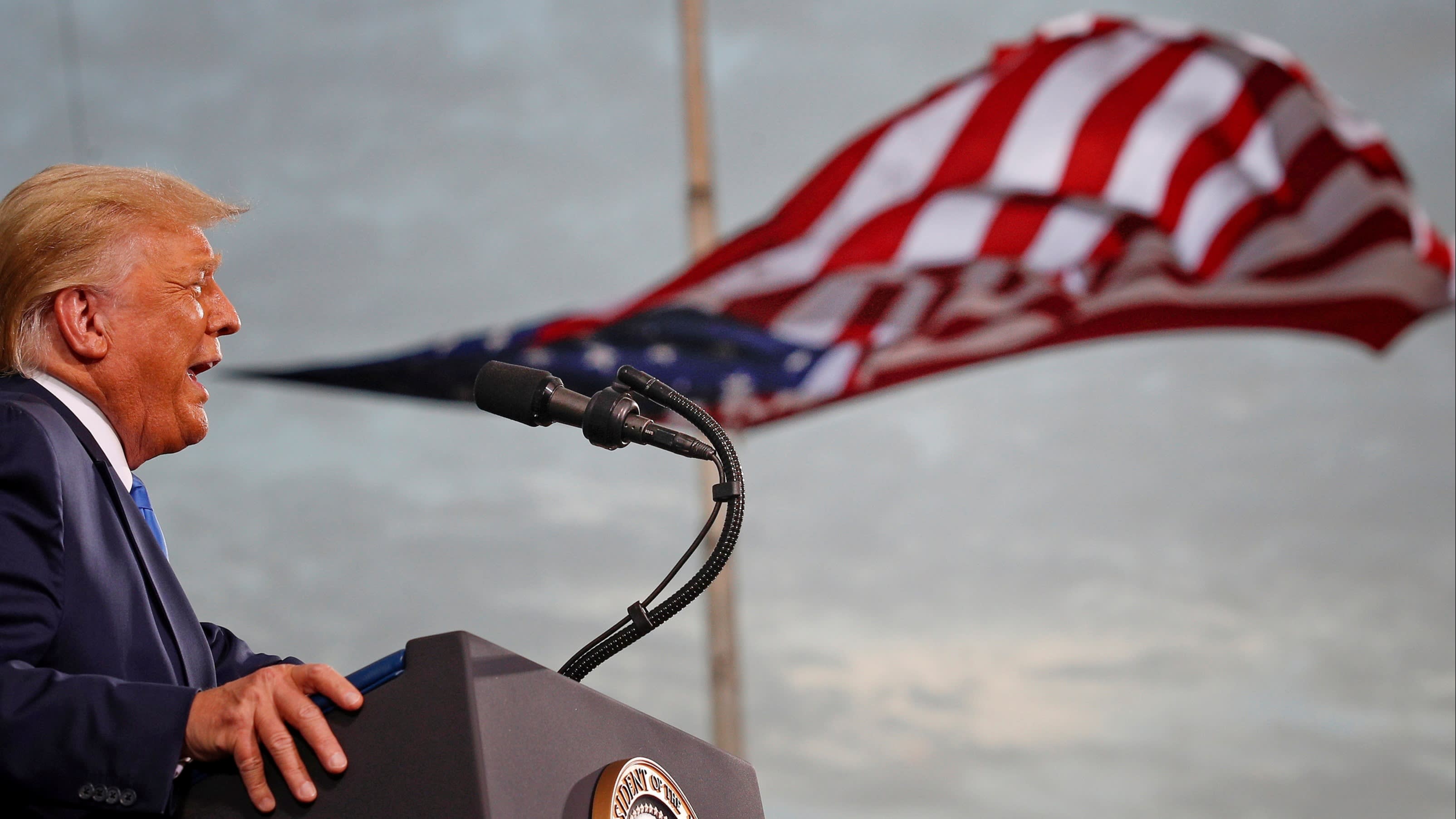 The only question is how far Trump goes.   © Reuters
CopyCopied

Wow, who knew Donald Trump had a Securities and Exchange Commission? After four years of making inside deals and corporate malfeasance great again, the U.S. president is turning on the lights at the SEC to hit China on his way out the door.

Trump's crack team of China trolls is rushing to kick companies off U.S. stock exchanges before Jan. 20, when he leaves office. Could Jack Ma's Alibaba Group Holding be among them? Stay tuned for coming episodes of the Trump v. China reality show. This is but a preview of the next two months of Trumpian chaos sure to shake Asian markets early and often.

As Trump casts blame for his blistering Nov. 3 defeat at the hands of Joe Biden, China's Xi Jinping can expect to sustain most of the blows. Trump was already miffed that President Xi ran circles around him in trade talks before COVID-19 arrived. In pre-pandemic times, Trump saw a buoyant economy as his ticket to reelection. Now that he lost, Xi's economy -- and Asia's more broadly -- is in harm's way for 62 more days of Trumpian score-settling.

The good news: Biden will be in the White House soon enough to de-Trumpify this region. A lifelong centrist and multilateralist, the former senator and vice president will lower the geopolitical temperature from the go. Count the ways, though, Trump could ruin the coming holidays for Asian leaders, corporate chieftains and investors alike. And in ways that might be difficult for Biden to unravel in short order.

Possibilities include new tariffs -- or higher ones -- on hundreds of billions of dollars of mainland goods. Or scrapping the phase one trade deal, throwing fresh chaos into New York stock, bond and commodity dealing pits.

In recent weeks, Eurasia Group analyst Michael Hirson raised the alarm that lame-duck Trump could be the most dangerous period of his reign. Specifically, that "the hostility toward China among his base would almost surely be more intense and more durable."

The durability problem matters, stresses Jeff Kingston, head of Asian studies at Temple University's Tokyo campus. As much as Trump's team is slapping China, it is also setting a trap.

"The mad king has so many horrible options to contemplate," Kingston says. For Trump, this is a "chance for him to dig an even deeper hole for the nation to climb out of so he can later blame them." Then, Kingston says, any "sensible reset by Biden can be pilloried for being soft on China."

The only question is how far Trump goes. He could, for example, target the newly signed Regional Comprehensive Economic Partnership, or RCEP. Might Trump penalize the 14 nations that dared enter history's biggest trade deal with nemesis China?

Japan's newish Prime Minister Yoshihide Suga is right to fear any phone call starting with +1-202 -- Washington's area code -- as Trump seeks to seal a deal on extortion payments for stationing U.S. troops there. Trump reportedly wants to shake down Japan for $8 billion annually.

Trump recently cleared out the top leadership at the Pentagon, packing it with cronies. The New York Times reports he is itching to pull off an eleventh-hour attack on Iran. Trump is expediting troop removals from Afghanistan and Iraq. Might Japan and South Korea be part of troop-withdrawal plans? None of these suggestions are out of the blue. Books by Bob Woodward, former National Security adviser John Bolton and others detail even nuttier ideas from Trump's inner circle. Trump, remember, suggested that injecting bleach might be a cure for COVID-19 and questioned if nuclear weapons could stop hurricanes.

Might Trump direct his Kremlin-like Justice Department to target ethnic Chinese scientists for espionage? Might his State Department ban Communist Party members from entering America? Might we see a surge of tax audits of giant mainland companies like Ma's Alibaba? What about permanent bans on Huawei Technologies, ByteDance's TikTok or Tencent's WeChat?

What is to keep Trump from investigating Asian supply chains for the most tangential of links to Beijing companies that Washington dislikes? Or vastly expanding the list of imports that might bump up against national security concerns, real or imagined?

Trump could even try the "nuclear" options his team has mulled. Those include canceling part of the nearly $1.1 trillion the U.S. owes Beijing via Treasury security holdings. Another: devaluing the dollar, a step that would make the 2008 Lehman shock a mere ripple by comparison.

Look, China can defend itself. Nor is the No. 2 economy a pure victim here. Xi's own overreach and bluster has generated more than a little schadenfreude. But there is almost no telling how an angry and wounded political animal like Trump will lash out as moving vans surround the White House.

All Asia can do is buckle its seat belts and hunker down for the messiest political exit in modern history.