Increased use of notorious law will only damage monarchy further 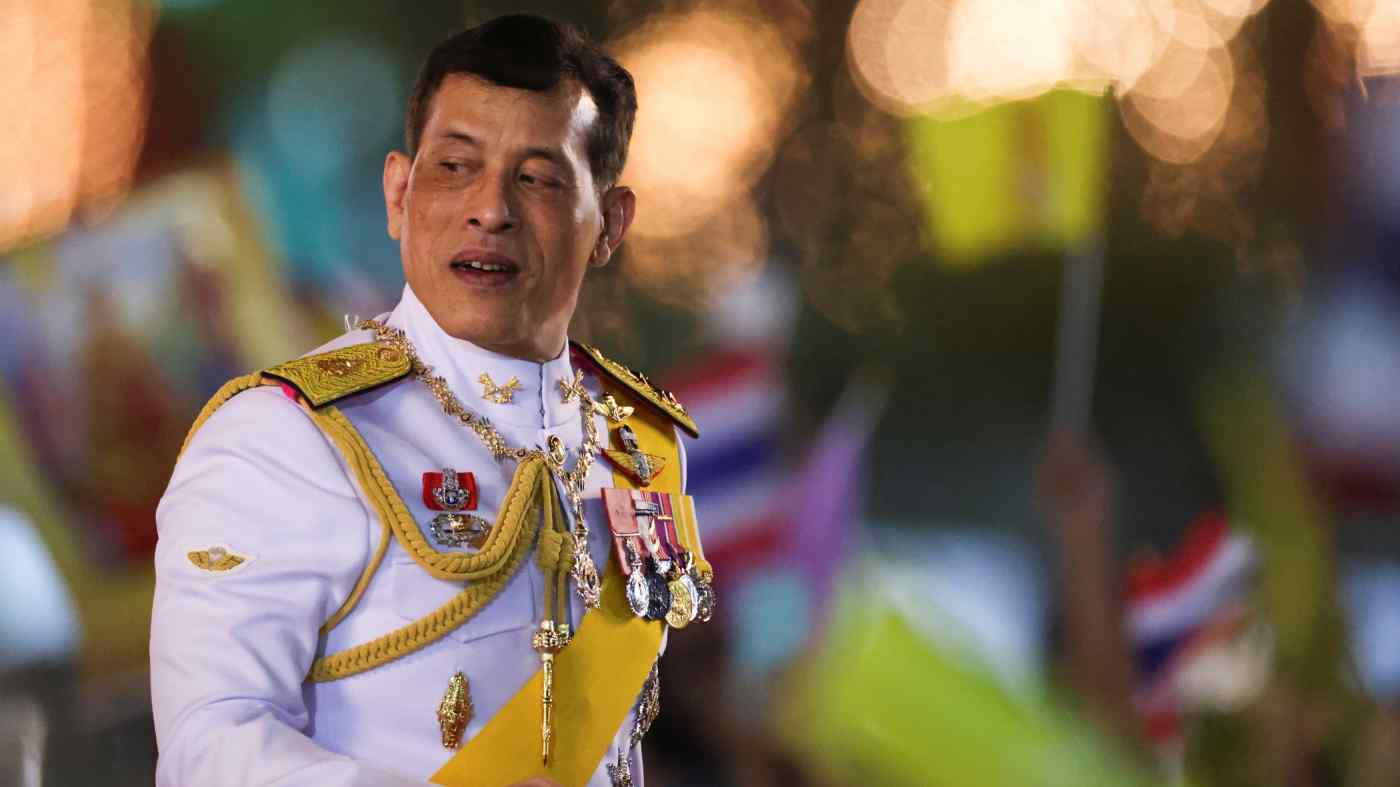 When King Maha Vajiralongkorn ascended the throne, he inherited the dilemma.   © Reuters
CopyCopied

Thailand is no stranger to protests but the youth-led rallies of 2020 have been unprecedented in their open calls for reform of the monarchy, which not so long ago was considered untouchable.

In response, authorities are attempting to shield King Maha Vajiralongkorn using the oppressive lese-majeste law, which severely punishes anyone deemed to have "defamed" or "insulted" the monarchy. But resorting to the law to shut down critical discussion of the institution is a sign of desperation, and a misjudgment that will backfire.

Subtle references to the monarchy could be seen when the pro-democracy protests began on campuses back in February. Then, in August, student activists dramatically declared a list of demands to curb the king's power. When a petition proposing constitutional amendments -- including laws related to the king -- was rejected by parliament last month, some protesters threatened that the 10 demands should instead become just one demand: a republic.

Alarmed, the royalist establishment and its military defenders quickly struck back. In December, protesters were hit with an extraordinary barrage of lese-majeste cases. At least 40 mainly young people are now accused of the crime, and this number is likely to rise. The list includes high-profile student leaders, a well-known actress who supported the protests, and a 16-year-old schoolboy. Two of the activists facing charges have previously been jailed for lese-majeste, serving seven years between them. 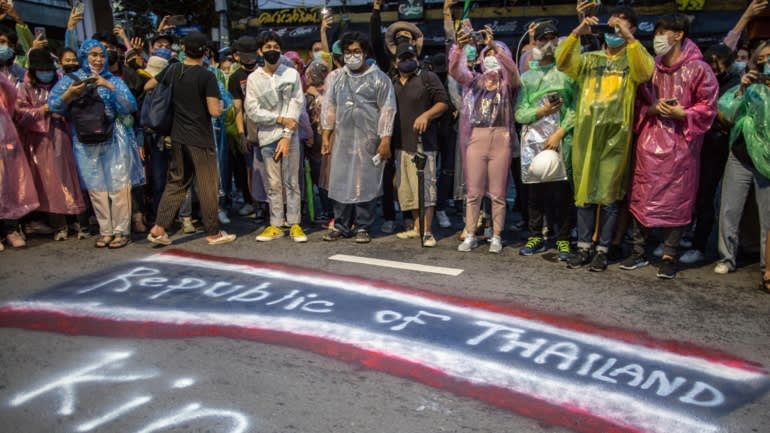 Pro-democracy protesters gather around a graffiti in October 2020. Some of them threatened that the 10 demands should instead become just one demand: a republic.   © Sipa/AP

The protesters claim that the king holds vast, arbitrary power that needs to brought under the constitution. For royalists, he is perfectly entitled to his expansive royal prerogative. They see the monarch as sacred and inviolable, a semi-divine embodiment of both the nation and Thai Buddhism.

This makes lese-majeste much more than a mere defamation law, and more like sedition and blasphemy rolled into one. The harsh sentences reflect this, with each count carrying a maximum sentence of 15 years. A defendant can face multiple counts at once, leading to decades in jail. Trials are conducted behind closed doors. Of the few countries in the world with similar laws protecting heads of state, none carry such harsh penalties or convict people as regularly as Thailand.

The law -- known locally as Article 112 -- is often used in conjunction with others, especially the Computer Crimes Act. In 2015, a middle-aged man named Pongsak Sriboonpheng was sentenced to a staggering sixty years in jail for comments he posted about the monarchy on Facebook. As is customary with such cases, the sentence was reduced by half after he acquiesced and pleaded guilty.

Until the recent deluge of cases, Thailand had gone two or three years without using lese-majeste. Prime Minister Prayuth Chan-ocha, a former general who staged a coup in 2014, admitted in June that the king had asked him to refrain from using the law.

"His Majesty is merciful and told me directly not to use Article 112," said Prayuth, bemoaning the fact that some "ungrateful" Thais were taking advantage of this generosity to criticize the king.

However, during the period lese-majeste was put on hold, those speaking out about the monarchy often found themselves facing sedition or computer crimes charges instead.

Nonetheless, the experiment in doing without lese-majeste is significant because it showed an understanding that the law was having a counterproductive effect: attempts to defend the monarchy from criticism with draconian laws were simply creating further resentment toward the institution.

This Catch-22 situation began during the twilight years of the previous reign of King Bhumibol Adulyadej, when discontent spread due to the palace's alleged involvement in the 2006 coup and the perception that it took sides in the subsequent red versus yellow political crisis. To stem the criticism, cases of lese-majeste -- which were previously relatively rare -- suddenly soared. From 2007 onward, hundreds of Thais have been charged for voicing their opinion about the monarchy. But as the number of lese-majeste cases grew, so too did the discontent.

When King Vajiralongkorn ascended the throne after the death of his father, he inherited this dilemma. That the royalist establishment is now resorting to using the lese-majeste law -- which they know is counterproductive -- shows a dearth of ideas about how to manage its worsening legitimacy crisis.

They have also made a crucial mistake. During the last reign, proponents of lese-majeste would distance the king from the law, arguing that it was enacted on his behalf, not at his behest. It is a legal matter of state, the argument went, which the king has no control over. It was a dubious claim, but it at least offered the monarch some plausible deniability.

But since the prime minister told Thais that King Vajiralongkorn instructed lese-majeste cases to stop, logic dictates that he has now ordered them to begin again. It will be assumed that 40 or so young Thais are now facing decades in jail under his watch.

The protest leaders announced a break over the holiday season, but vowed to return again in the new year. If they do, criticism of the monarchy -- and the lese-majeste law -- will only intensify. The protesters and other civil society actors might benefit from reaching out across the ideological divide to partner with more progressive royalists, who recognize that reforming lese-majeste is necessary for the preservation of the monarchy in the long term.

Amending its legislation on lese-majeste will bring Thailand into line with international standards. This will protect the rights of its citizens and all who might fall victim to the law, in accordance with the International Covenant on Civil and Political Rights, which Thailand is a party to. It will also enable the kind of discussions the country desperately needs to have in order to find a way out of its current turmoil.