Shin Kyuk-ho tried to calm historical antagonism between the countries 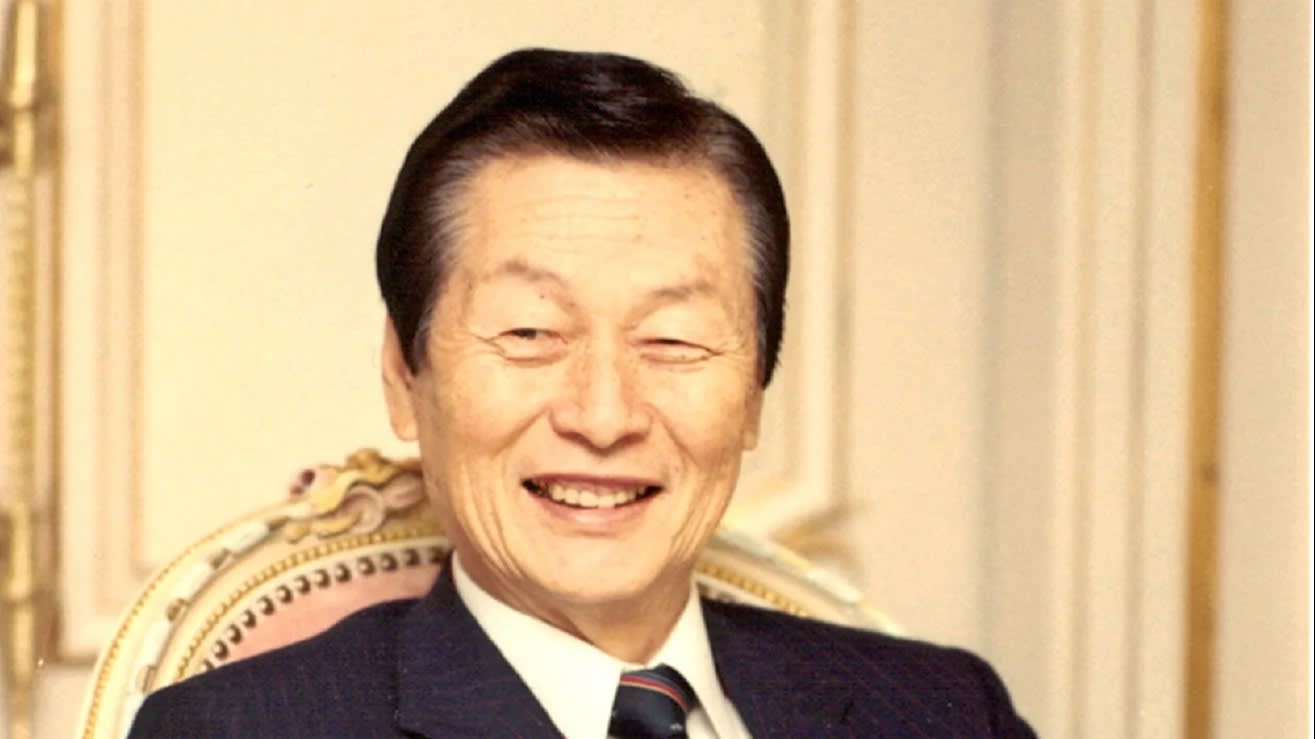 Shin proved cooperation between the two countries could work. (Courtesy of Lotte Group)

On January 19, Shin Kyuk-ho, the founder of Korean candy-to-chemicals conglomerate Lotte Group, passed away aged 98. He had been a successful businessman who built his enterprise in Japan and Korea, a self-made man who created his legacy with his own bare hands.

He left behind a business which bridged the two countries, currently at odds in the bilateral relations worsened by their painful histories. His diligence and insight set a milestone even for entrepreneurs of today to follow, and he broke barriers in both Korea and Japan. It would be wise for other entrepreneurs to take note.

His start in business, moving from Japanese-occupied Korea to Japan when he was 20, was hard. He experienced discrimination and prejudice, and he struggled every day, juggling study and work. He delivered milk and newspapers before going to lectures. To earn the trust of the locals, punctuality was vital. Rain or shine, he always made delivery on time.

Having witnessed Shin's persistence and integrity, a pawnshop owner suggested he start a business of his own, lending him 60,000 yen. Considering that the average monthly salary at the time was 80-100 yen, the investment was huge. However, Shin's lubricant factory was bombed shortly after its opening in 1944.

Giving up was not an option. He saved money to start a business again and his effort paid off in 1946 with Hikari Special Chemical Research. There he yielded an immense success. Having studied chemistry as an undergraduate, Shin was involved in almost all stages of the manufacturing. His dedication to detail in the retail experience boosted sales and was critical in expanding Lotte's business.

After paying off all his debts, Shin established the Lotte Corporation in 1948 and by the 1960s he was one of the most prosperous entrepreneurs in Japan, a success that was highly unexpected from a foreigner.

Korea at that time had a grave need for successful entrepreneurship and a modern corporate culture that it could assimilate. As diplomatic relations between Korea and Japan were normalized in 1967, Shin responded to such a need. He brought his corporate know-how from Japan and successfully implemented his methods of trust and efficiency in Korea.

Korea was not an easy place to do business then. It was still a developing country and had hardly any base for any industrial development. The very fact he entered the Korean market as soon as he could not only shows his insight in recognizing opportunity, but also his longing and love for the country.

His love for Korea was well-shown during the Asian financial crisis in 1997. He personally released $20 million into the market and into social funds to revive the economy. In addition, he funded $500 million through Lotte. The funeral cortege for Shin Kyuk Ho passes near Lotte Department Store in Seoul on Jan. 22: Lotte is far more successful in Korea than in Japan.   © Kyodo

Lotte is now far more successful in Korea than it was in Japan, with a majority of its profits coming from the peninsula. The number of employees Lotte has in Korea is almost 30 times in Japan. Shin's passion for his home country blossomed as he created businesses, jobs and opportunities in Korea.

He was not afraid to take risks and, when it came to Korea, he became nostalgic and fierce at once.

Trust was what he based his corporate culture upon as a way to overcome the barrier of nationality. It became his crucial weapon to differentiate himself from others when he entered the Korean market.

He contributed to the advancement of Korean corporate culture by practicing the same business method in Korea as he did in Japan -- maintaining and enhancing trust. He avoided debt and pursued stability. Business areas which he explored resulted in long-term profits, which soon become a model for other enterprises in Korea.

It is undeniable that he and Lotte had legal troubles relating to tax and corporate governance structure, and he was convicted of embezzlement and breach of duty in 2018, escaping jail time because of his age.

Even though Korea often demonizes and severely punishes a chaebol, or family-owned conglomerate, under overly strict corporate laws, Shin managed to promote his image of good and trustworthy entrepreneurship throughout his ventures in Lotte.

Shin proved cooperation between the two countries could work and indeed had the potential for mutual benefit. He was a bridge, a personality who formed a distinctive and remarkable corporate culture. The significance of these two countries having to work together is highlighted as time passes.

There are antagonistic perspectives between Japan and South Korea that are hard to eradicate for historical reasons. Nevertheless, Shin showed there could be a channel of communication and mutual benefit through business based on trust.

He is a monument for those who want to see a way of collaborating in business. Shin Kyuk-ho is a name to be remembered as the bridge of trust for his generation and more to come. Choi Sung-no is President of the Center for Free Enterprise, Korea