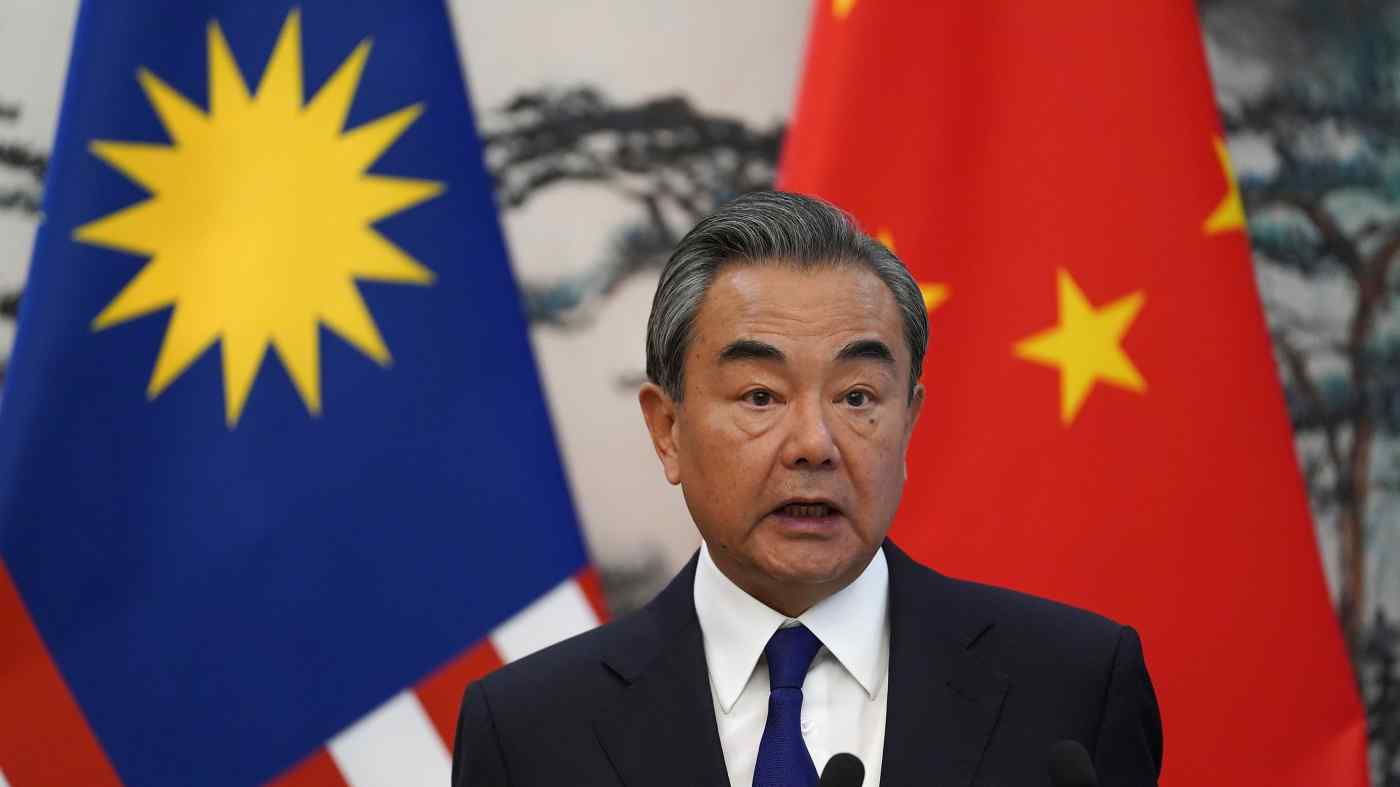 Chinese Foreign Minister Wang Yi, pictured in September 2019: Malaysia will be enticed by what China can offer.   © AP
CopyCopied

Dr. Shankaran Nambiar is head of research at the Malaysian Institute of Economic Research, and a visiting fellow at the Crawford School of Public Policy at the Australian National University in Canberra.

COVID-19 will turn the world around in more ways than anticipated. In Malaysia's case, the aftermath is likely to see the country drawn more tightly into China's sphere of influence. Some of the reasons for the readjustment will be inevitable, while others will be deliberate choices.

Malaysia's economic relationship with China has largely been a positive story, with three prime ministers contributing much to cement ties with Beijing: Abdul Razak, who became the first Association of Southeast Asian Nations leader to recognize the People's Republic of China; Mahathir Mohamed, who encouraged greater trade and economic cooperation with China; and Najib Razak who took Malaysia's cooperation with Beijing to new and higher levels.

Not only is Beijing now Malaysia's top trade partner, but China has become a critically important participant in the country's infrastructure projects. While Najib played a significant role in making China a partner in several major mega projects, this trend continued when Mahathir Mohamed returned for his second stint as prime minister.

With most countries expected to post negative growth rates for 2020, China's economy has rebounded quickly and can be expected to generate demand for Malaysian exports. Malaysia will badly need to stoke its exports to drive growth, a difficult task given that its economy could contract by as much as 5.5% this year.

Always pragmatic when it comes to economic policy, Malaysia has historically focused on how it can take advantage of the success generated by other nations and has not been beholden to any ideological predisposition. That being the case, with all the challenges that Malaysia currently faces, China presents an opportunity to keep its economy afloat. The same cannot be said for either the U.S., Europe, or Japan.

When China's Foreign Minister Wang Yi visited Malaysia in October, he advanced cooperation in the Qinzhou and Kuantan industrial parks under the Two Countries, Twin Parks initiative and the East Coast Rail Link, and spoke of "other key projects to continue to release development momentum and stimulate the economic recovery and growth of both countries." Workers stand next to the tunnel during a ceremony to relaunch of East Coast Rail Link in Dungun, east coast of Malaysia, in July 2019.   © AP

Seizing on Malaysia's current political instability and its COVID-ravaged economy, China has extended its magnanimity and offered to place Malaysia on its COVID vaccine priority list.

In the face of such generosity -- both economic and humanitarian -- Malaysia has little choice but to support China's South China Sea claims. Following his Malaysia visit, Foreign Minister Yi declared that both countries agree that the South China Sea should not be a place for big power presence and warships, making obvious reference to the U.S., adding that both countries were opposed to hegemony, supported multilateralism, and were keen to see the revitalization of Asia. A more direct allusion to the U.S. policy positions could not have been more clearly made.

The U.S., on the other hand, has become an unreliable ally, as Mahathir Mohamed so clearly articulated during his second term as prime minister. How things will shake out under President Joe Biden is not yet clear.

To be sure, Malaysia -- like most ASEAN member states -- will be reluctant to submit to a binary choice between China and the U.S. But that will not work out. Nor will the U.S. be able to provide the same kind of leeway and support that China is willing to hold out.

China has not been as badly hit by COVID as have other developed countries. This means that China is in a better position to help Malaysia than other countries; and Malaysia is in the midst of a stagnant economy and a crisis of confidence in terms of its domestic politics. As political stability weighs heavily on investor confidence, this is another factor driving Malaysia toward Beijing.

It is also true Malaysia can afford to maintain its current ties with China and still benefit from any increase in tensions between Washington and Beijing. Foreign companies operating in China, and Chinese companies themselves, will want to relocate out of China because a varied portfolio in terms of spatial location can help hedge against supply chain disruptions, as well as ward off anti-China import restrictions.

COVID has taught manufacturers that spreading operations across multiple locations is a good thing. Malaysia can gain from this, still being an attractive investment destination, even though it might not have the same attractions that it did some 20 years ago.

Development and rebuilding the economy will be a priority for Malaysia post-COVID. China will be more than enthusiastic to be a partner and contribute to Malaysia's development process. And the process of economic recovery will be a good way for China to demonstrate how meaningfully it takes its friendships. In more ways than one Malaysia will be enticed by what China can offer, and it will be hard to resist the temptation to do so.