Najib, pictured on Jan. 8 at Kuala Lumpur High Court, knows that his political dynasty hinges on being found not guilty in any of the 1MDB trials.   © NurPhoto/Getty Images
CopyCopied

James Chin is Professor of Asian Studies, University of Tasmania.

Malaysia is enthralled by the battle between Mahathir Mohamad and his long-time rival Anwar Ibrahim, striving once again over who might be the next prime minister -- but something far more significant is happening outside the spotlight which will have an impact on Malaysian politics for years to come.

It has its origins in the financial scandal surrounding the sovereign wealth fund 1Malaysia Development Berhad, or 1MDB, where billions of dollars were misappropriated from a government-owned body. The discovery of the missing money led to more than a dozen senior leaders of the then ruling United Malays National Organization, including former prime minister Najib Razak, being charged with corruption. Those charged deny wrongdoing.

Najib's family was also caught up. His wife, Rosmah Mansor, was charged with soliciting millions of dollars in bribes linked to contracts for a solar energy project involving rural schools. Her son from her first marriage, Riza Aziz, better known as a producer of The Wolf of Wall Street, was charged with five counts of money laundering allegedly misappropriated from 1MDB. They also deny wrongdoing.

But since UMNO came back into power in March, things have been looking up for Najib, his family and others associated with 1MDB. 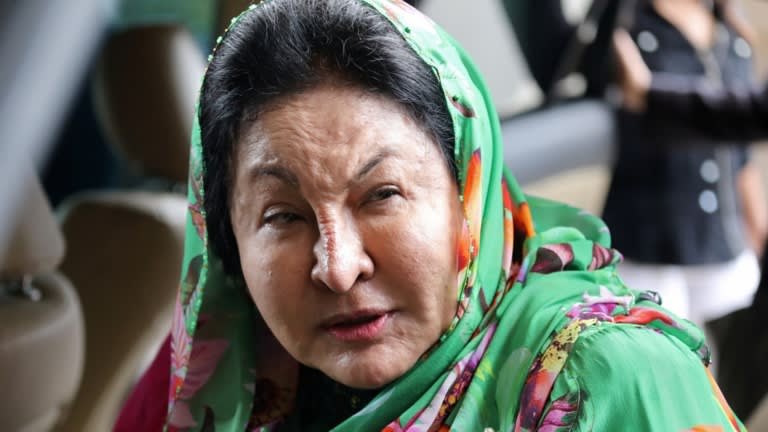 Since the change of government, the new Malaysian attorney general has dropped high-profile cases against two key UMNO-linked people. First, in early May, the attorney general settled with Riza Aziz using a legal maneuver called discharge not amounting to an acquittal, or DNAA.

Under the DNAA, Riza will pay the Malaysian government $108 million in overseas assets. Critics argue that this is only 40% of the $248 million that he had been charged with laundering from the 1MDB fund. He will also be made to pay a fine.

Then in June, the attorney general dropped corruption charges against Musa Aman, a senior UMNO leader and ex-chief minister of Sabah state.

All these actions are legal: under the system inherited from the British, the attorney general is the sole authority when it comes to prosecutions. He has absolute discretion.

Developments in Najib's own trial suggest good news for him. In early June, former Attorney General Mohamed Apandi Ali, who was widely criticised for clearing Najib in the 1MDB investigations, filed an affidavit that the lead prosecutor in Najib's trial, Gopal Sri Ram, had a "clear mission of bias" against Najib.

This affidavit is being used as evidence to try and disqualify Gopal from the trial, with a hearing in mid-July. If Gopal is removed from the trial, critics think the case against Najib will be dealt a fatal blow.

What all of this amounts to is that the coalition government, in which UMNO is the largest party, seems to be working hard to rehabilitate its reputation. UMNO knows that if the 1MDB mess is not cleared up legally, it will come back to haunt the party in the next general election. There is a consensus among the current UMNO leadership that Najib and 1MDB caused UMNO to lose power in 2018.

If Najib and 1MDB can be "cleaned" quickly, then the process of rehabilitating the UMNO brand can begin. Otherwise voters will associate UMNO with 1MDB and corruption for years to come.

At the personal level, there is every incentive for the top UMNO leadership to push for the 1MDB and other corruption trials to be settled as soon as possible. Many of those charged hold the most senior positions in UMNO and some were denied cabinet posts because of the trials.

Najib, in particular, is still one of the major power-brokers in UMNO despite 1MDB. In fact, there were even calls inside UMNO to restore him to the party presidency. Najib, more than anyone else, knows that his political dynasty hinges on being found not guilty in any of the 1MDB trials.

All these legal maneuvers have taken place against the backdrop of the COVID-19 crisis. Because of the virus, parliament is not sitting, which allows the government to operate without scrutiny by lawmakers.

More importantly, the COVID-19 calamity has also meant less public interest about what is happening in the 1MDB cases. The public is far more worried about jobs and the restarting of the economy. Malaysia has just begun phase one of its COVID-19 reopening and people are coping with new ways of working and trying to put food on the table.

If Najib comes back into power, the culture of kleptocracy which enabled 1MDB -- whoever was responsible -- will make a swift comeback. The 1MDB scandal has already cost the country billons and badly shaken its banking system -- in fact, the banking systems of half a dozen countries.

Far more importantly, Malaysia will never reach the goal of being a fully developed country while major scandals go unresolved.

Do not write off Najib. In this region, grand corruption is not a mortal sin in politics. There are plenty of examples of how politicians with extensive corruption allegations come back to power. Najib may be one of them.