Malaysia's economic growth model is on the brink of collapse 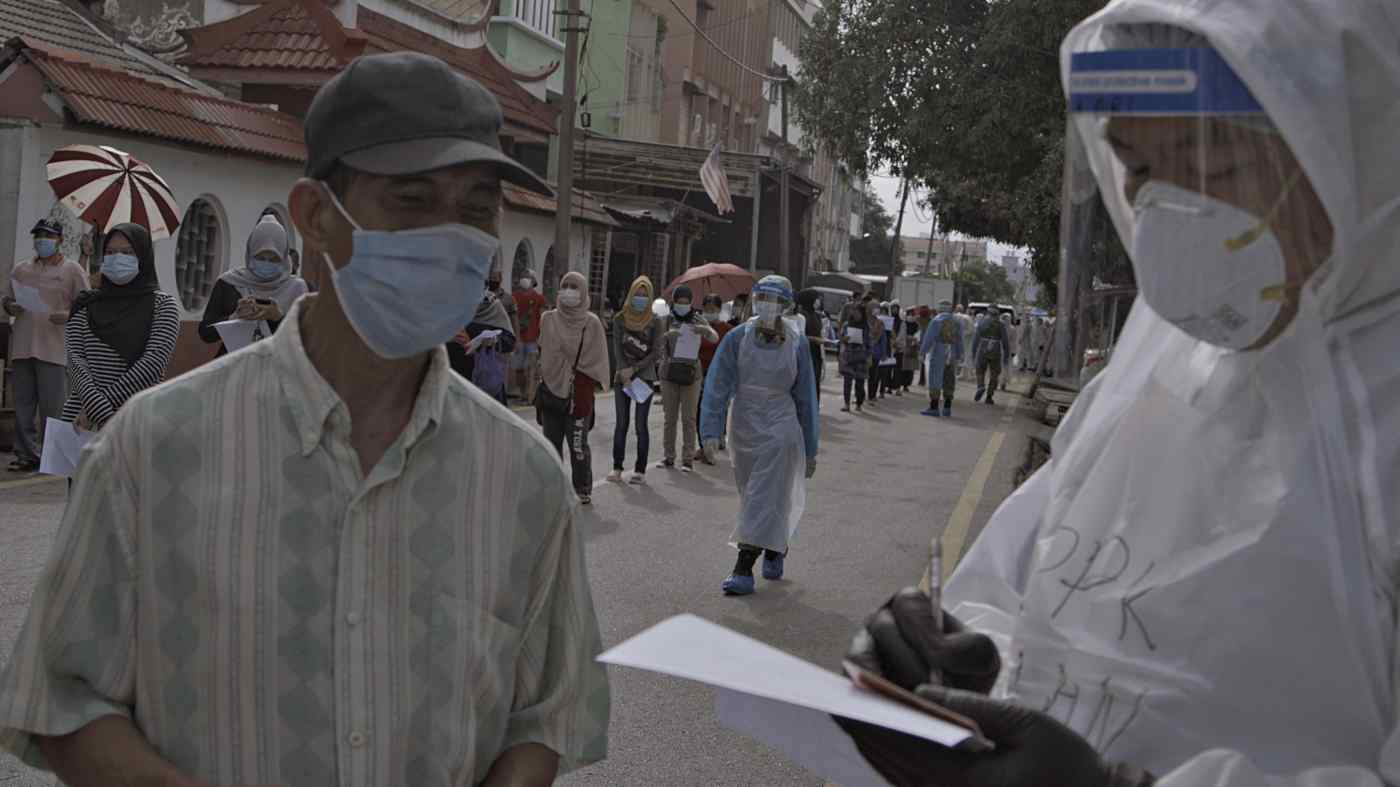 A health worker helps a migrant worker fill up a declaration form during a screening test in Kuala Lumpur in May 2020: a development model that worked well in good times is now being tested.   © Getty Images
CopyCopied

Shankaran Nambiar is a senior research fellow at the Malaysian Institute of Economic Research.

Malaysia's handling of the COVID-19 crisis and the resulting lockdown has come under severe criticism.

Adding to the injury is a crisis of political leadership, with frequent claims by opposition politicians that the current government does not command a parliamentary majority.

Still, a more critical and enduring salvo has come from foreign investors. More specifically, from the Japanese, Dutch and German trade associations that represent them.

The Japanese Chamber of Trade and Industry Malaysia, the Japan External Trade Organization, the Malaysian-German Chamber of Commerce and Industry, and the Malaysian Dutch Business Council have each written scathing letters to the Malaysian Prime Minister Muhyiddin Yassin pointing out flaws in his government's COVID containment strategy, as well as its implementation.

These trade associations have a long list of complaints that focus mainly on poorly designed movement control orders, a lack of understanding of the needs of industry and inadequate implementation. The bottom line is that their members, and the billions of dollars worth of business investment they represent, may want to move out of Malaysia.

This hits at the heart of the Malaysian development model, a model that depends on foreign direct investment.

For decades, the Malaysian model has relied on its export-oriented manufacturing sector. An essential ingredient of this was the dependence on relatively cheap labor, the main source for which has been migrant labor, often including undocumented foreign workers.

There are no clear estimates of the number of undocumented foreign workers in Malaysia, with estimates ranging from three to six million, a staggering number for a country with an official population of 33 million.

Turning a blind eye to the influx of migrant labor has not been the only mistake the authorities have committed. Other lapses include not paying attention to the living conditions for such workers and ignoring their health. Nobody could have anticipated an eventuality as severe as the current pandemic, but cutting corners now has its payback time.

The unhealthy and congested quarters these workers live in has made it hard to control the spread of the virus. Nor are undocumented workers who fear deportation rushing to be among the first to be vaccinated. The initially poor start to the vaccination program is another story in itself.

The real trouble lies in the demands made by Malaysia's foreign investors who want the government to reopen the economy, at least to the extent that manufacturers can resume production. Complying with the government's severe COVID restrictions means many foreign-owned factories cannot function.

Those that can are being forced to operate at a much lower capacity, meaning that companies cannot meet either demand coming from other countries, or the production targets being set by the parent company.

Simply, being part of a supply chain entails obligations. If one link in the chain fails, the entire network fails. That is the problem that foreign investors face, a problem that affects domestic companies that have their own links with these multinationals. Factory laborers work during an enhanced lockdown in Shah Alam, Malaysia, on July 3: being part of a supply chain entails obligations.   © Reuters

Malaysia's domestic companies are also demanding an opening up of the economy, a euphemism for the right to get on with doing business.

It is not that the government does not want companies to reopen. The health crisis demands that restrictions that are effectively locking down the economy remain in place.

At the time of writing, Malaysia is experiencing nearly 20,000 cases a day. This, after a month and a half of severe lockdown. There are also reports that medical staff are overworked, overwhelmed and discouraged. We are told that the corridors of hospitals are used to place beds; there is a purported shortage of oxygen; intensive care units are not up to scratch.

The number of deaths is rising, regularly breaching 200 a day for the first time since the onset of the pandemic. The number of suicides is also increasing.

The private sector, including foreign and domestic businesses, is well-represented, but the informal sector has no voice. Neither do the millions of people engaged in microenterprises. The same applies to casual workers. A development model that worked well in good times and that could grow thanks to the influx of migrant labor is now being tested, and the government is in a fix.

If foreign companies leave, they are not going to come back. Yet, to accede to their requests would be to worsen an already bad situation. Most of the measures that are being suggested -- testing, isolation, vaccination, following standard operating procedures -- were, perhaps, not done as vigorously as they should have been.

Depending on foreign direct investment, and paying scant attention to the economy's underlying foundations, could spell the end of the Malaysian growth model. On the other hand, it could spur the leap to a more farsighted way of thinking. Whatever path is chosen, time is not on Malaysia's side.