Noraida Endut is Professor and Director of the Centre for Research on Women and Gender, Universiti Sains Malaysia.

When the Malaysian government imposed a Movement Control Order in mid-March, requiring almost all workplaces to close and employees to work from home, after a sharp rise in coronavirus cases, the last thing it expected was jokes about men shopping.

But a specific measure of the Movement Control Order, or MCO, is to allow only one person, the "head of the family," to go out to buy groceries. Despite there being close to 240,000 single mothers in Malaysia, who are likely in charge of their households, the presumption remains strong that the head of the family is a man.

After this announcement, jokes abounded among Malaysians on how untenable it is to make a man go out to buy fish and vegetables because knowledge about these things is the woman's domain. The Ministry of Women, Family and Community Development did not ask how this rule might impact single mothers going out to get their home supplies, especially if they have young children and no other adults around to babysit.

Jokes aside, Malaysia's government does not appear to have considered the distinct implications of the MCO and working from home on Malaysian women, from work-life balance to domestic violence. It needs to rectify this, and fast.

Malaysians have not experienced a situation akin to a lockdown in 50 years. Few are familiar with the notions of working from home or flexible work arrangements, which have been introduced or implemented as a matter of national policy only in recent years and are not yet widespread.

The MCO means that where ordinarily during the day parents go out to work and children are sent to school or day care, all of them are now to stay in together and establish new routines.

In his speech persuading citizens to stay in, Prime Minister Muhyiddin Yassin said: "Mothers now have more time at home and they can try all sorts of new recipes to cook for the family." This remark missed the point: far from giving mothers a break, the MCO actually requires them to continue fulfilling their job obligations while concurrently playing the primary caregiving role.

The division of labor in Malaysian families, even when both husband and wife are working outside the home, is already unequal. During the MCO, women's complex burden of work and family is becoming more distinctive. 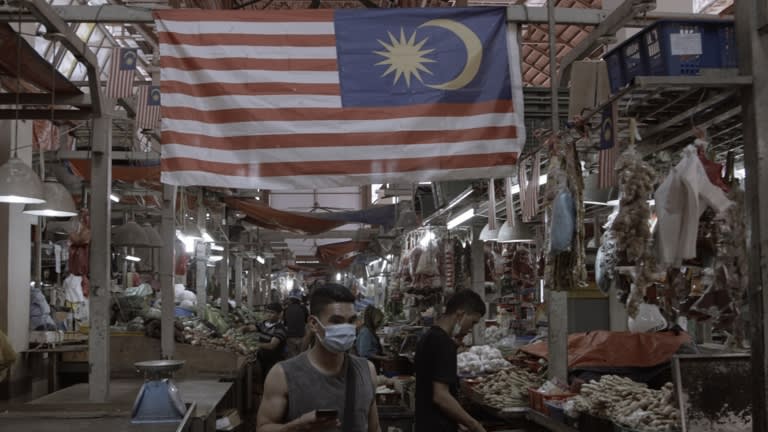 The Movement Control Order allows only the head of the family to go out to buy groceries.

In the words of a friend, a senior female professor, scientist and faculty leader: "Working from home for me is one hand on the ladle and the other on the phone."

A government reminder that all family members should equally contribute toward household chores would have better served to improve the lives of women working from home than half-jesting references to gendered expectations.

Recent public service announcements from the Ministry of Women, Family and Community Development further show it is fundamentally unaware about how such narratives, drawing on gender stereotypes, harm women.

The public service announcements, now widely joked about around the world, contained advice to women on preventing COVID-19 and dealing with the lockdown. They asked women not to wear "house clothes" but to dress up and put on make up while working from home.

They also guided women on preventing conflict with their husbands during MCO by avoiding nagging and by humoring the husbands' ineptitude at housework in a funny voice fashioned after magical cartoon cat Doraemon. Predictably, the announcement received much flak and the ministry has since apologized.

But even so, the government's actions, words and responses in relation to the MCO are continuous demonstrations of deep-seated misogyny and insufficient political will to effectively address gender inequality and insensitivity.

Malaysia has pledged commitments to international instruments on gender equality and empowerment, such as the Convention on the Elimination of All Forms of Discrimination Against Women and the Sustainable Development Goals, but visible change is still slow in coming in terms of translating these commitments at the national level.

Malaysia remains trailing in gender equality rankings in the world. The Global Gender Gap Index report for 2020 shows Malaysia ranks 104th out of 153 countries, the second lowest among ASEAN countries. It places 97th in economic empowerment, a fall since 2018, in the same survey.

Its female labor force participation rate is 55% compared to 80% for men. Only 16% of Malaysia's members of parliament and ministers are women.

What the government should have been doing, when thinking about the MCO, is urgently addressing its impact on single-headed households; the surge of domestic violence and child abuse reported during the period; and the unequal gender division of labor at home that affects women's productive work.

The COVID-19 crisis and the MCO could, ironically, be opportune testing grounds for the Ministry of Women's new leadership to showcase its readiness and aptitude to deal with women and gender issues. It must be said, however, that it has yet to make the grade.