Malaysians are aghast at Muhyiddin's craven 'not a coup' moment 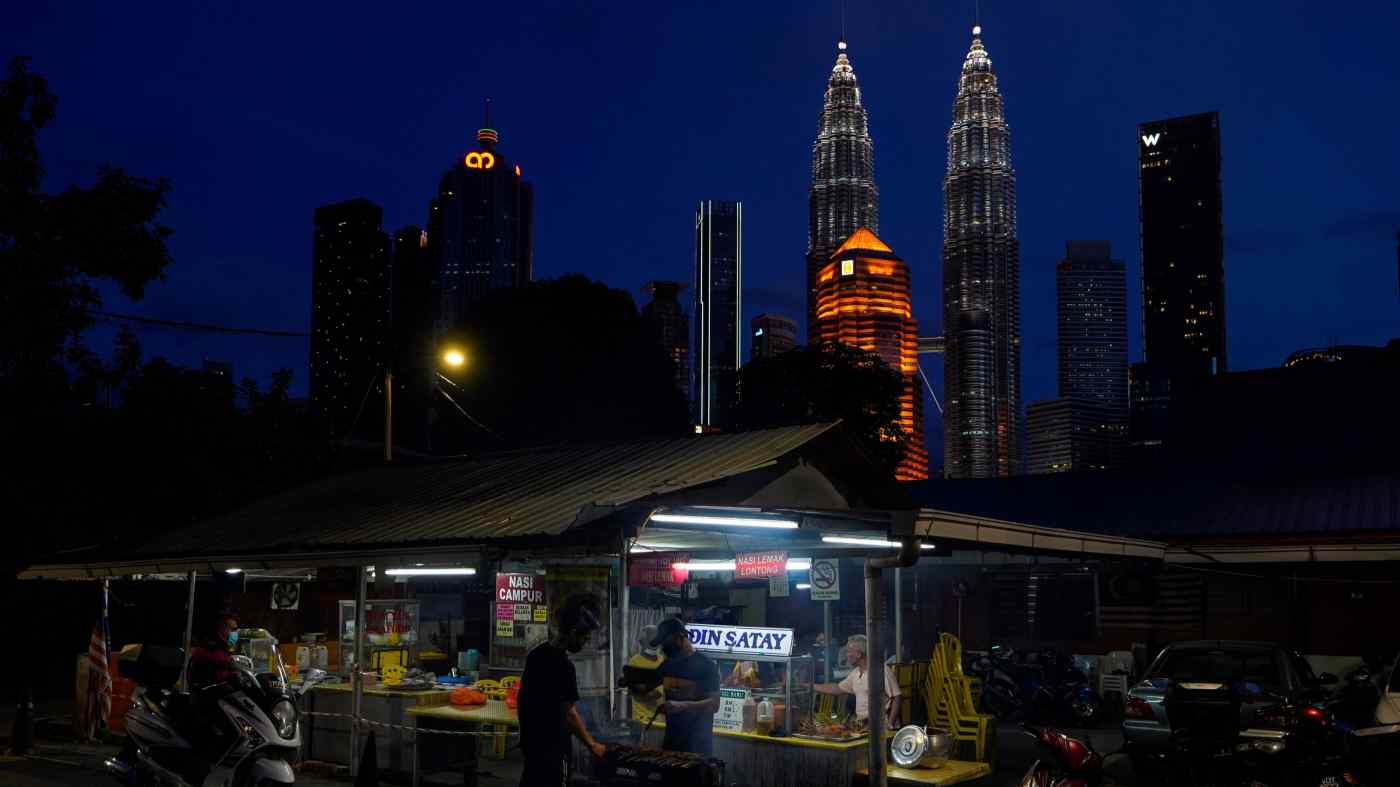 A local vendor prepares food in downtown Kuala Lumpur on Jan. 11: the real transgression may be against an ailing economy.   © AP
CopyCopied

Donald Trump's coup attempt in Washington is dominating the global discourse. What better time for Malaysia's prime minister to pull his own over-the-line stunt to stay in power?

No, Muhyiddin Yassin did not get thousands of armed insurgents to storm the parliament. The prime minister just called in sick. Even better, he got the king to do it for him by declaring a COVID-19 state of emergency, delaying indefinitely an election Muhyiddin seemed sure to lose.

While not a U.S. President Trump-style putsch, Malaysia's political establishment is aghast at its cravenness. That says a lot for a nation still reeking of the stench of Najib Razak's nine-year reign and multibillion-dollar 1Malaysia Development Berhad scandal.

The real transgression this week may be against an ailing economy. As Muhyiddin hides behind what is effectively a doctor's note from King Al-Sultan Abdullah, his government is doing little to halt the slide in living standards and competitiveness.

Malaysia's chaotic politics have been hobbling economic reforms for 20-plus years now. But it is the next 20 months that will decide whether Malaysia ascends into the ranks of developed economies or falls into the middle-income trap. And nothing Muhyiddin has done so far instills confidence that Malaysia will avoid the second fate. 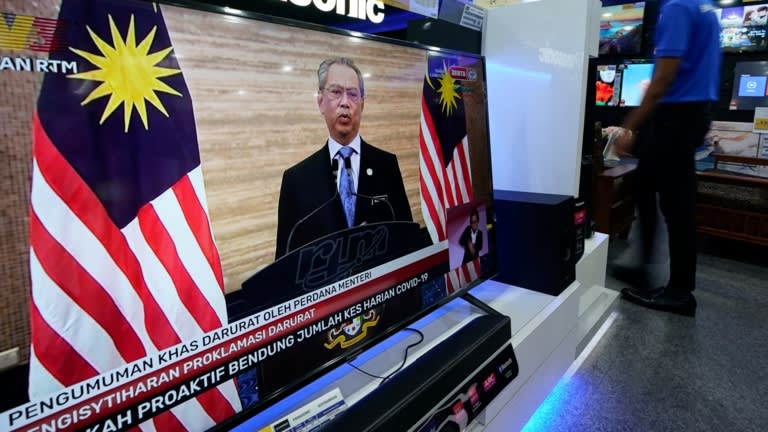 A television shows a live broadcast of Muhyiddin Yassin at a shopping outlet in Kuala Lumpur on Jan. 12: the prime minister just called in sick.   © AP

True, Muhyiddin's government only took the reins in March 2020. Yet 319 days should be enough to put at least one or two legislative wins on the scoreboard. Muhyiddin's team has barely been able to pass a budget, never mind curb runaway debt or address affirmative-action policies that hold Malaysia back.

When Muhyiddin took power -- again with the king's help -- his rationale was to break the cycle of political squabbles derailing progress. At the time, nonagenarian Mahathir Mohamad was sparring anew with sometime ally, other time nemesis Anwar Ibrahim over who should lead. For many, it seemed Malaysia had time-traveled back to the 1990s, when Mahathir was at the height of his 22-year premiership and Anwar his finance czar.

Najib's graft, starting in 2009, was so garish that Mahathir felt the need to come out of retirement. In May 2018, he beat Najib and the political machine -- the United Malays National Organization -- that he had helped create. Najib was sentenced to 12 years in jail. In a blink, though, Mahathir was gone again. For all his big talk of restoring trust in Malaysian leadership, Mahathir moved glacially to alter the politics-upstage-reform dynamic.

Enter Muhyiddin. His time in office has, frankly, been its own reform-free zone. Granted, COVID-19 fallout has not helped. But if Muhyiddin had excelled with testing, contact tracing and smart stimulus moves to shield Malaysia's 32 million people from pandemic fallout, he might have an argument to stay on.

Polls ahead of an expected election were not promising. Hence the king's state of emergency decree, the first in 50 years. Yet the optics of Muhyiddin having to reassure Malaysians these measures are "not a coup" are just terrible.

"Do not hide behind COVID-19 and burden the people with a declaration of emergency for the sake of saving yourself," Pakatan Harapan, the main opposition bloc in parliament, said in a statement. Marina Mahathir, an activist and the daughter of the former prime minister, speaks for many when she calls it a "declaration of failure -- failure to manage the pandemic, failure to govern, failure to care about the people."

Her father is, of course, angling for a crack at Mahathir 3.0. Anwar also is keen to lead. And the UMNO empire that produced all these men back in the day is lusting for its own return to power. Muhyiddin now represents the Malaysian United Indigenous Party.

Putrajaya is back in Game of Thrones mode at the worst possible moment for the economy. So is Washington, of course, where Trump is ginning up insurrection attempts to stop successor Joe Biden from assuming the U.S. presidency on Jan. 20. Malaysia's problem, though, is that political infighting has been derailing true economic progress for 23 years now.

From Mahathir's time to Najib's, and now Muhyiddin's, leaders are too busy keeping their jobs to do their jobs. If Muhyiddin wants to lead, why not get serious about curbing a COVID-19 outbreak expected to be producing 8,000 new cases per day as soon as March? Why not move beyond stimulus Band-Aids and layout a plan to get per capita income from $11,000 today to $30,000?

Malaysia has been stuck in time for too long. There is little afoot in Putrajaya to suggest it is about to move forward. This should be the real emergency.