Manila's hostile Sabah grab is a page out of China's playbook Kinabatangan River winds its way through the forest in State of Sabah: Manila's claim over Sabah is centered on semantics and has no legal merit whatsoever.   © Sipa/AP
CopyCopied

Dhesegaan Bala Krishnan is a research scholar at the Asia-Europe Institute, University of Malaya, Malaysia.

The Philippines' decades-old contention that Sabah is not part of Malaysia has taken a sharp turn after the country's House of Representatives Committee on Foreign Affairs recently approved House Bill 6399.

The bill, which seeks to extend the Philippines' sovereign rights to its exclusive economic zones, or EEZ, and the Malaysian state of Sabah, as well as bestow Philippine citizenship on Sabah's 3.9 million residents, comes after the country's Foreign Secretary Teodoro Locsin Jr.'s deeply offensive tweet against Malaysia's sovereignty last month claiming that "Sabah is not in Malaysia."

If passed into law, the bill will mark Manila's highest level of provocation against Malaysia since 1962, when then-President Diosdado Macapagal signed into law Senate Bill 954 to assert "dominion and sovereignty over Sabah."

Drafted by representative Rufus Rodriguez, whose Cagayan de Oro district is located around 800 kilometers from Sabah, the bill states that it seeks to uphold a 2016 ruling by the United Nations' Permanent Court of Arbitration, or PCA, on the use of exclusive economic zones in the South China Sea. The bill also asserts Manila's "legal and historical rights over Sabah." 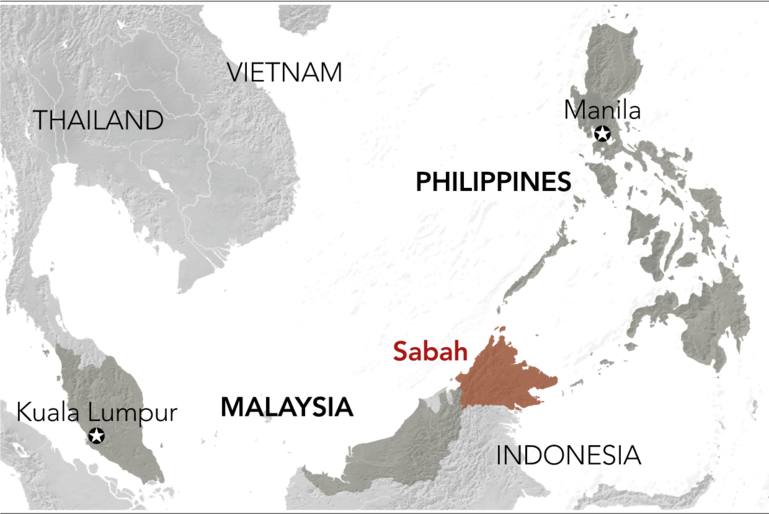 What a perverse and deliberate misreading of the 2016 PCA ruling, which actually came in response to a case brought by the Philippines over China's South China Sea claims.

While historically speaking there is a clear difference between the two cases, the very reason the PCA ruling was such a triumph for Manila was because the court flatly rejected China's claim to "historic rights" over the disputed waters. How ironic then that Manila would reject China's historical claims to territory, but then lay claim to Sabah along similar lines.

China's nine-dash-line laying claim to more than 80% of the South China Sea, and the Philippines' claim on Sabah, are farcical in equal measure.

The Philippines' contention stems from an 1878 agreement, or pajak, in which the then Sultan of Sulu, Sultan Jamal Al Alam, ceded his rights over Sabah in North Borneo to Baron de Overbeck and Alfred Dent for an annual compensation of around 5,000 ringgit ($1,200). Since the Sultan agreed to honor the deal "in perpetuity," both Britain and Malaysia interpreted the agreement as a formal treaty of cession. However, the Philippines now insists that the word "pajak," which means "lease" in Malay, is just that, a lease.

According to this rationale, Sultan Jamal only leased Sabah to the two foreigners but retained sovereign rights over the state, which one of his successors, Sultan Esmail Kiram, subsequently ceded to the Philippines government in 1962. In other words, Manila's claim over Sabah is centered on semantics and has no legal merit whatsoever.

Not one single international treaty defining the boundaries of the modern-day Philippines has ever included Sabah as part of that country's territory. In fact, since 1987, Article I of the Philippines Constitution no longer defines the country's national territory "by historic or legal title." This, therefore, raises questions as to whether Rodriguez's new bill is even constitutional in the first place. 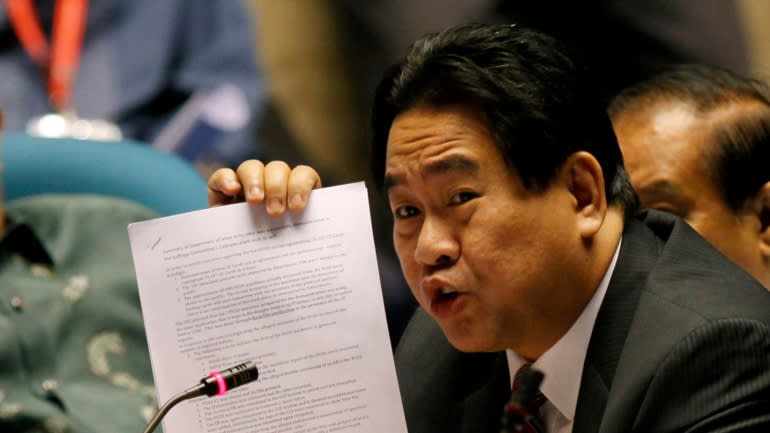 Furthermore, the Malaysian government, as per the 1878 agreement, also paid cession money to the nine heirs of the Sulu Sultanate annually. Recently, The Manila Times expressed "regret" that Manila did not lodge any protests when Malaysia terminated the payment in 2013, after 235 militants loyal to the self-proclaimed Sultan of Sulu, Jamallul Kiram III, attacked Sabah's Lahad Datu District.

But if Esmail Kiram ceded his rights over Sabah to the Philippines government in 1962, shouldn't Manila have protested when Malaysia was paying the cession money, and not after it ceased doing so?

Unlike the Philippines, Malaysia's case for Sabah is consistent with international law. In 1962, the people of Sabah exercised their right to self-determination by voting to join Malaysia. The Cobbold Commission, which oversaw the process, found that almost 80% of the people in Sabah and Sarawak wanted to join the Malaysian federation.

When the Philippines and Indonesia disputed the referendum, Malaysia also agreed to their demands for the UN to reassess public opinion in Sabah and Sarawak, which eventually echoed the 1962 referendum results. The International Court of Justice also endorsed Malaysia's position in 2001, when Judge Ad-Hoc Thomas Franck issued an opinion stating that exercises in self-determination prevail over historic title.

While Manila's refusal to reconcile with these facts has only resulted in occasional diplomatic hiccups with Malaysia in the past, this time Manila is playing right into China's hands. Pursuing its claim on Sabah is tantamount to endorsing China's historic rights claims over the South China Sea.

Manila's behavior will have wider repercussions for the region as well. The Association of Southeast Asian Nations has spent years trying to get China to agree on a legally-binding Code of Conduct on the South China Sea. But how would ASEAN persuade China to do so if one of its own blatantly defies the only recognized legal basis to resolve maritime disputes, the United Nations Convention on the Law of the Sea.

The Philippines' claim on Sabah, therefore, departs from commitments from both the U.S. and ASEAN to uphold the rule of law in the region. Manila's desperate lunge for Sabah means that the Philippines must brace for the dreadful possibility of facing China alone. Manila can't have its cake and eat it too. Certainly not under China's watch.