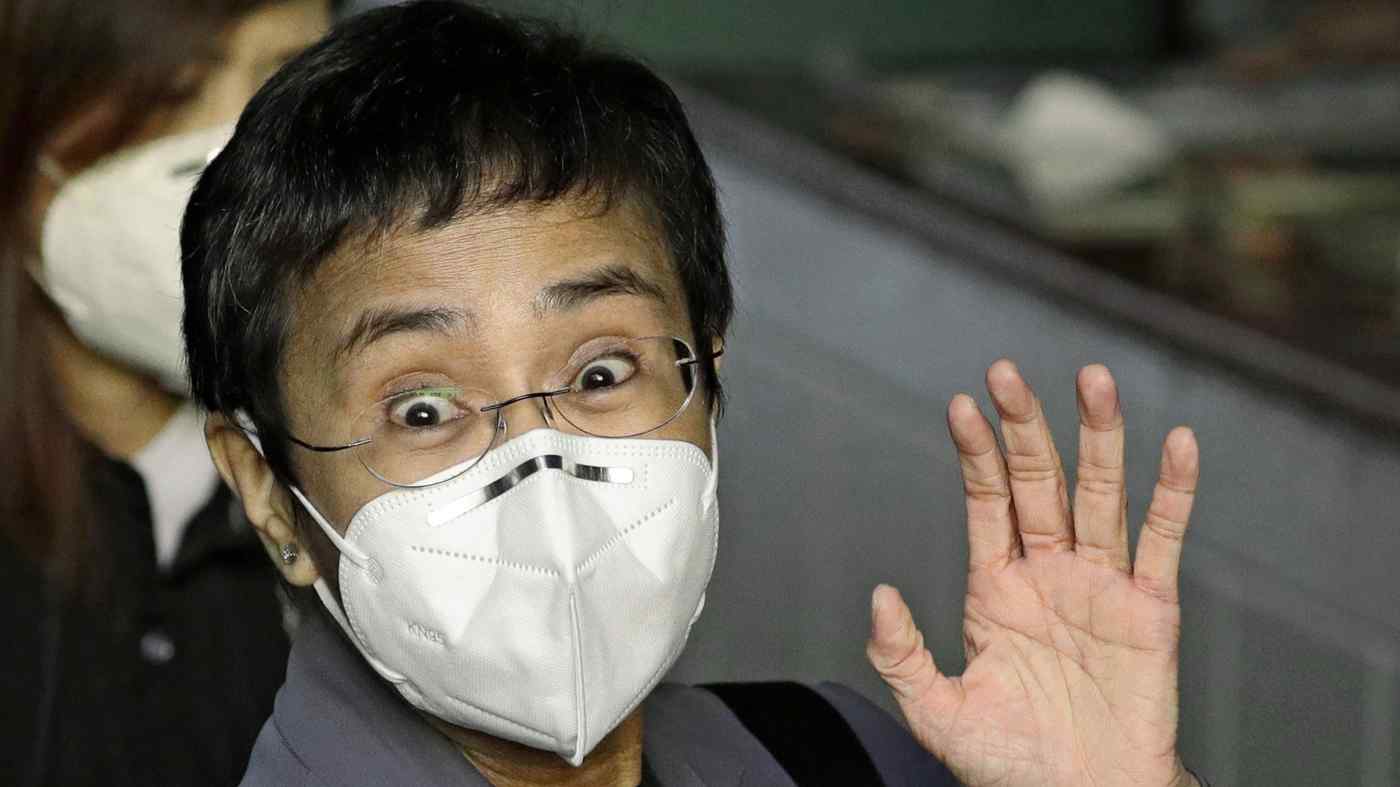 Maria Ressa waves to the media before attending a court hearing on June 15: the threat to free reporting hangs heavy not only on Rappler but all of the Philippines' journalists.   © AP
CopyCopied

Marites Danguilan Vitug is editor at large of Rappler.

On Monday June 15, a Philippine court convicted Maria Ressa, CEO of Rappler, a leading news website, and Reynaldo Santos, a former Rappler reporter, of cyberlibel for an article that was published in 2012 -- months before the cybercrime law was even enacted. They were sentenced to jail for six months up to six years.

Although Ressa and Santos were allowed bail and will appeal the case, which may reach the Supreme Court, the threat to free reporting hangs heavy not only on Rappler but all of the Philippines' journalists. "The verdict sets a dangerous precedent... It weakens the ability of journalists to hold power to account," Rappler said in a statement.

It also shows that the rule of law in the Philippines is broken and that its democracy is under threat.

President Rodrigo Duterte has set the tone against journalists since he assumed the presidency in 2016, brooking no dissent. "Just because you're a journalist, you are not exempted from assassination if you're a son of a bitch. Freedom of expression cannot help you if you have done something wrong," he said in the early days of his presidency.

In his four years in power, buoyed by his popular strongman rule, Duterte has amassed control over Congress, where his allies dominate, as well as the judiciary. By the time he steps down in 2022, 13 of the 15-member Supreme Court will be his appointees. Duterte also appoints lower-court judges and many are fearful of going against him, giving up their independence.

The libel case is one of seven facing Rappler, including alleged tax evasion and illegal foreign ownership of the media entity; the Philippine Constitution only allows Filipinos to own media organizations. Duterte has targeted Rappler because it has reported without fear on his drug war, beginning in 2016, which has already killed thousands.

This shows that the coronavirus crisis has not deterred his unrelenting attacks on independent media and his critics. He has even used it to tighten his grip.

In May, the government shut down ABS-CBN, the largest TV network in the country, because Duterte had a personal grudge against its owners whom he calls "oligarchs." Duterte accused ABS-CBN of being unfair to him because they failed to air his election campaign ads in 2016. 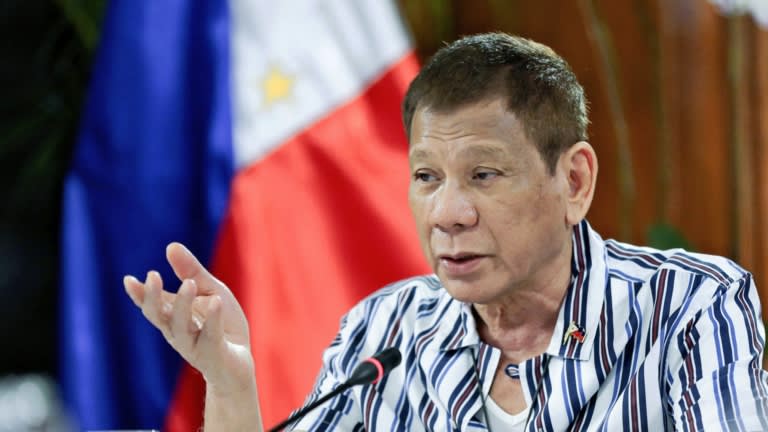 Duterte has chosen to forget that the Philippine Constitution guarantees freedom of the press.   © Malacanang Presidential Photographers Division/AP

The government clearly discriminated against the media network. It was the first time the National Telecommunications Commission, a regulatory body, shuttered a broadcast company while its renewal for franchise was pending in Congress.

These twin events have sent chills through the media, the business community and those critical of Duterte. On top of this, Duterte has placed the country under a strict lockdown -- one of the longest in the world -- where his word has become law.

He ordered the police to "shoot dead" quarantine violators but he defended a police officer who celebrated his birthday with his men, flouting a quarantine rule to gather only for essentials and in a limited number. So far, two violators have already been killed and thousands have been arrested and fined.

Recently, Congress passed an anti-terror law that casts a wide net, threatening free speech and allowing an executive body to order the arrest of persons it regards as "terrorists." In the past, this function was reserved only for the courts. This gives Duterte, who can only serve one term, an additional weapon to go against those who oppose his favored candidate in the 2022 presidential elections.

The Philippines' ranking in the international Rule of Law index has steadily declined under Duterte. In the 2020 index, the World Justice Project, which conducts this annual survey, said the Philippines was one of the countries whose rule of law score had worsened most over the past five years.

Early this month, the Office of the U.N. High Commissioner on Human Rights released its report on the Philippines and put into words what Filipinos have been living with: an "overarching focus on public order and national security, including countering terrorism and illegal drugs... often at the expense of human rights, due process rights, the rule of law and accountability."

Despite the atmosphere of intimidation, journalists in the Philippines are pushing back. Rappler and other media organizations continue to do independent reporting and vigorous fact-checking to fight disinformation, mostly coming from state-supported groups, and to decry threats to press freedom.

Business groups, which usually speak up only on economic issues, have weighed in and said in a statement on the libel verdict that this would threaten other rights and freedoms. They called on public officials and citizens to preserve these "guaranteed freedoms."

Clearly, democracy, which the Philippines regained after decades of dictatorship in 1986 in a popular revolt, is itself under attack.