Merkel era ends with a whimper, not a bang 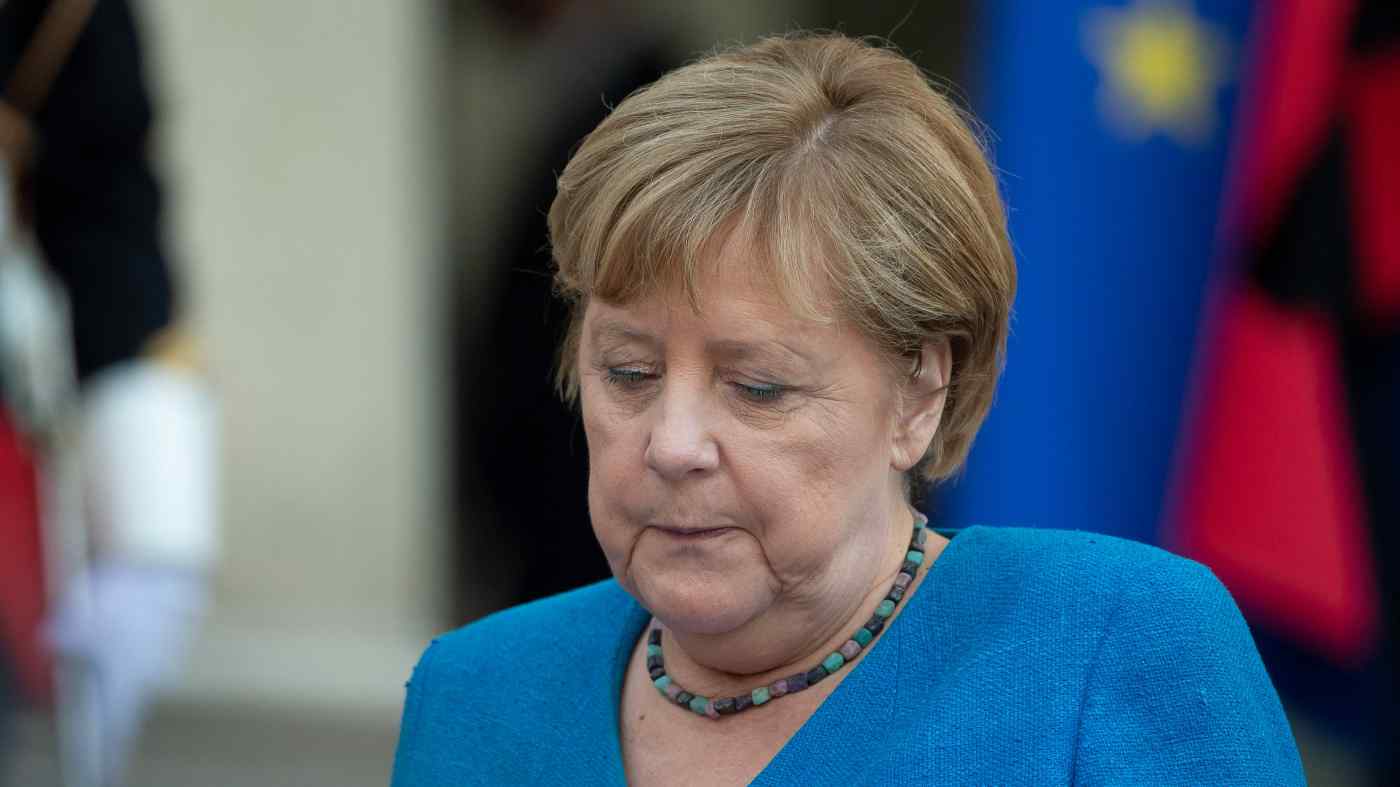 History may not be quite so kind to Merkel.   © Sipa/AP
CopyCopied

Angela Merkel, Germany's chancellor, has been a permanent fixture on the international stage for the past 16 years, a steadying presence in times of crisis. Her decision to step down after the Sept. 26 general election leaves a vacuum in Germany and Europe that will not be filled easily.

Merkel has been so effective at retaining power -- four consecutive general election victories between 2005 and 2017 -- that she has given birth to a new verb: "to Merkel." According to a German dictionary, this means "to do nothing, make no decisions, issue no statements."

The chancellor's trademarks are cool analysis, Machiavellian ruthlessness and an acute sense of the "safety-first" German psyche. Strategic patience -- some would say procrastination -- has been her modus operandi during multiple crises, including the COVID pandemic, the eurozone sovereign debt crisis and the Russian invasion of Ukraine.

But Merkel's instincts have done few favors for her center-right Christian Democratic Union party in the run-up to this year's election, the first in the postwar period when an incumbent chancellor is not running for reelection. Not only has Merkel mismanaged her succession, but the center-left Social Democratic Party has stolen the lead and may earn the right to form the next government.

"All the time Merkel was in charge, the CDU was defined by its leader, not its policies," said Jens Zimmermann, an SPD MP. "And now that she's finally going, there's this vacuum it just can't fill -- a void where the policies should be."

Merkel's tenure has been a model of political stability and sound economic growth for Germany -- a continuation of the country's rehabilitation after a terrible 20th century scarred by two world wars.

She benefited from the reforms of the labor market and welfare system under her SPD predecessor, Gerhard Schroeder, while the enlargement of the European Union also gave German industry the chance to relocate production to cheaper factories in Poland, Hungary, the Czech Republic and Slovakia.

The euro has been a great boon too, allowing Germany to benefit from an artificially low exchange rate -- compared to Switzerland, which is outside the eurozone. Yet Merkel's refusal to countenance greater fiscal integration, while in line with German public sentiment, caused a depression in Greece and great hardship in Southern Europe. Belatedly, during last year's COVID crisis, Germany relented with an agreement to back common EU borrowing in the bond market.

Known as Mutti, or Mummy, the chancellor has invariably hugged the middle ground. But this tendency has left longer-term problems to pile up: climate change, brought home by this summer's flash floods that killed 180 people in west Germany; chronic underinvestment in infrastructure, digitalization and housing; and a demographic squeeze that raises the specter of an aging, dwindling population and a shrinking workforce.

According to the Federal Statistics Office's latest projections, Germany's population could decline from 83 million today to 74 million in 2060, assuming net immigration remains low. By then, there would be 11.8 million fewer Germans of working age, from 21 to 67, but 5 million more of retirement age.

Merkel, a trained physicist who grew up in former communist East Germany, has long been aware of the demographic challenge. It may in part have contributed to her decision to allow 1 million asylum-seekers, roughly a third from Syria, to enter Germany in the summer of 2015. Initially greeted as a grand moral gesture, the move was later denounced as irresponsible by her own party and triggered a slump in her popularity.

Merkel's other controversial decision was to abandon nuclear power in the wake of the Fukushima reactor disaster in Japan in 2011. It left Germany even more dependent on domestic coal production and imported power, especially from Russia. Merkel's refusal to bow to U.S. pressure to abandon support for Russia's Nord Stream 2 gas pipeline -- which bypasses Ukraine and Poland -- reflects Germany's strategic vulnerability on energy.

In a perfect world, these issues would be fiercely debated in the German election. But the media has focused more on character, starting with the initially promising Greens party candidate Annalena Baerbock's exaggerated work experience on her CV, and the somewhat hapless Christian Democrat Armin Laschet caught on camera laughing inappropriately in the presence of flood victims. Both Baerbock and Laschet have also been accused of plagiarizing material in their books.

To some consternation, the balding, understated Olaf Scholz of the center-left SPD has emerged as the most popular candidate for chancellor. Currently Germany's finance minister, Scholz has cut a reassuring figure, even adopting her signature hand gesture, "the Merkel diamond." Asked recently if he was too unemotional, he replied, "I am running for the job of chancellor, not circus director." 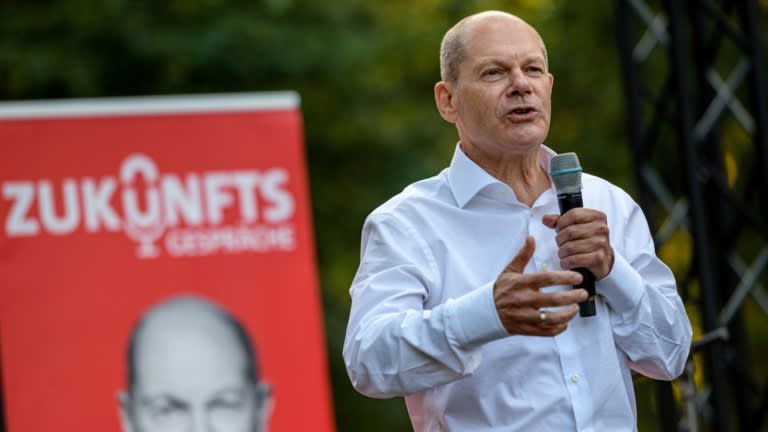 Olaf Scholz of the center-left SPD has emerged as the most popular candidate for chancellor.   © Reuters

Even if the SPD emerges as the largest party, Scholz will have to govern with partners. One option is a traffic light coalition of red SPD, yellow Free Democrats and Greens; but he will struggle to win over the FDP, which is traditionally more free-market than the instinctively interventionist Social Democrats.

Merkel has reaffirmed support for Armin Laschet and raised the specter of the far-left party Die Linke entering a coalition with the SPD. For once, the public is not listening to the woman hailed during the Trump years as the "liberal West's last defender."

History may not be quite so kind to Merkel. She kept Germany stable and maintained unity in a low-growth Europe sandwiched between the U.S. and China. But Germany -- still burdened by its past -- remains in denial of its role as a global player and the responsibility that comes with it.