Modi-Abe -- a hug is not enough

Japan was the first country that Indian Prime Minister Narendra Modi visited outside his subcontinent when he took power four years ago. The trip helped to set the tone for a relationship with Japanese Prime Minister Shinzo Abe that sympathetic observers see as a "bromance" to use of one diplomacy's newer words.

But, with Modi returning to Tokyo for two days on Oct. 28, it is clear that the fruits of this friendship are not as great as they should be.

Given the challenge presented to both capitals by the rise of China and Beijing's increasing military assertiveness in the Indo-Pacific, Tokyo and New Delhi should be cooperating far more closely at the strategic level.

The unpredictable role now played by the U.S. under President Donald Trump only adds to the urgency. While Washington seems increasingly ready to counter Chinese expansionism, including on the high seas, its capacity to wrong-foot its Asian allies makes it all the more important that leading regional powers, such as India and Japan, do more to promote economic and political stability for themselves and the neighborhood.

To be fair, there is solid ground on which to build. First, Abe is playing an increasingly active role in the Indo-Pacific region, notably in trade by bringing together the 11-member Comprehensive and Progressive Agreement for Trans-Pacific Partnership, after the U.S. pulled out of the Trans-Pacific Partnership. While India is not a signatory, it is involved in talks on the even more ambitious planned trade grouping of 16 economies called the Regional Comprehensive Economic Partnership, which also involves Japan.

For Japan, India is important both in strategic and economic terms, and a big market which lies astride vital Indian Ocean region sea lanes.

Abe had outlined Japan's Free and Open Indo-Pacific Strategy which aims at enhancing "connectivity" between Asia and Africa to promote stability and prosperity across the regions. This gels well with India's "Act-East Policy" which aims to boost its ties with countries in Southeast Asia as well as East Asia.

The growing bilateral trust is reflected in the fact that Japan alone among foreign countries has been allowed to invest in India's strategically-crucial northeastern region.

Meanwhile, Tokyo and New Delhi are both responding to China's growing influence. Neither has joined the Beijing-backed Belt and Road Initiative, even though this huge infrastructure scheme offers big economic opportunities.

India is worried about border tensions with China in the Himalayas, while Tokyo has a maritime dispute with Beijing over the Japanese-held Senkaku Islands.

The clearest evidence of Indian-Japanese security cooperation is at sea. Tokyo has recently deployed the helicopter carrier JS Kaga in the South China Sea, contributing to countering, with the U.S. and other allies, the Chinese military presence. Japan has a naval base as far away as Djibouti, highlighting its interest in the far west of the Indian Ocean. There are reports that during the Modi visit, Japan and India may sign an agreement for logistics sharing following a similar agreement between India and the US.

Finally, both have recently strengthened military cooperation with the U.S., without which challenging China over security would be doomed to failure. India has signed agreements allowing the mutual use of designated military facilities such as ports. Japan, for its part, sees its U.S. security alliance as the bedrock of its international relations, despite the tensions, mainly over trade, generated by Trump.

However, a lot more needs to be done if the Abe-Modi bromance is not to end in disappointment.

First, the two leaders should expand defense cooperation. The first-ever joint military exercises named "Dharma Guardian" to be held early next month is a good start. These exercises will be held at a jungle warfare school in Northeast India and will focus on counterterror cooperation.

Second, both are rightly working together in initiatives to keep the U.S. as involved as possible in the Indo-Pacific, notably the Quad, a four-way accord that also includes Australia. However, New Delhi, which also has close military ties with Russia (a key arms supplier), still seems cagey about drawing too close to the U.S. It should not be so coy.

Third, bilateral economic ties really need a boost as bilateral trade for the fiscal year 2016-17 ending in March stood at only U.S.$ 13.61 billion, a year-on-year decline of 6.21%. Japanese groups needs to invest more in India, both to profit from the huge opportunities, and to avoid losing the market to Chinese companies. Japan should also pitch for a bigger share of India's growing numbers of well-heeled outbound tourists.

Finally, there is so much more to be done on the infrastructure front, both to challenge China and for its own sake, to bring prosperity to underdeveloped regions and countries, and profit from it. Given China's huge scale, cooperation between India and Japan is vital, along with other like-minded countries. Plans for collaboration in Sri Lanka and in Africa with initiatives like the Asia-Africa Growth Corridor (AAGC) are welcome. Given the recent criticism of Beijing's BRI, for allegedly loading vulnerable countries with debt, many developing nations will welcome a Tokyo-New Delhi alternative.

Abe once termed India-Japan as the relationship with "the greatest potential of any bilateral relationship in the world." It will require a herculean effort on the part of both leaders for this to happen. But Modi's visit to Japan is a chance to show they are serious. 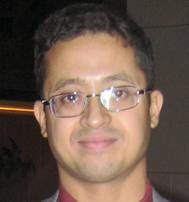 Rupakjyoti Borah is with the Institute of South Asian Studies at the National University of Singapore. His latest book is "The Elephant and the Samurai: Why Japan Can Trust India?" The views expressed are personal. Email: rupakj@gmail.com; Twitter @rupakj