On September 22, Indian Prime Minister Narendra Modi and U.S. President Donald Trump jointly addressed a huge gathering of about 50,000 Indian-Americans in Houston, Texas. The presence of Trump at the celebratory rally for Narendra Modi, tagged "Howdy Modi," was a diplomatic triumph for the Texas India Forum, which organized this event along with many other partners from the community.

In foreign affairs, gestures and optics are often more significant than words. At the NRG Stadium, Modi and Trump walked on to the stage as two close friends might, with arms around each other's backs. At the end of the event, they took something akin to a victory lap around the stadium, with their hands clasped together firmly.

These were striking visuals, fairly uncommon in diplomatic circles, and loaded with subtle messages for different audiences.

This mega-event made one thing clear: the nature of politics and the conduct of foreign relations have changed. In the age of populist leaders wielding social media, all occasions provide an opportunity to reach out to national and international audiences.

The Indian-American community, which constitutes about 1% of the U.S. population, is an influential group, with higher levels of education and earnings compared to other immigrant communities.

Over the last two decades they have played an important role in strengthening India's economic and strategic ties with the U.S. The Houston rally was a nonstate, unofficial event but having the leaders of two powerful democracies together on the same stage, catapulted it into an important international political event.

To the global community it indicated strong personal ties of trust and friendship. To the people back in India and the Indian community in the U.S. it signaled the recognition of India as an important global player and Modi as an accepted global leader.

At another level, it assured the community that the stumbling blocks in India-U.S. relations would be resolved in the spirit of cooperation and friendship and their interests protected. Modi's words communicated this sentiment: "All is well."

Gone are the days when domestic issues and foreign relations were addressed from different platforms. For Trump, this was an occasion to announce bilateral agreements as much as it was to shore up his support base and reach out to the growing Indian-American community.

Modi is hugely popular with the Indian diaspora and in this meeting he unambiguously endorsed Trump's leadership. Whether this is enough to get the Indian-American community behind Trump is an open question but Modi's backing can only be an asset for the Trump campaign.

Modi used the event to reach out to the global business community and the Indian diaspora everywhere to invest in India. In the days preceding the Houston event, Finance Minister Nirmala Sitharaman announced a cut in the corporate tax rate; Modi assured future investors of the ease of doing business in India.

How this will translate into tangibles is yet to be seen but the opportunity was seized to bolster Indian economy and secure foreign policy interests.

The nature of politics is changing swiftly. Social media have already erased, or at least blurred, territorial boundaries.

Modi and his party have used these new media platforms to connect with Indians overseas, many of whom associate a strong India with enhanced prestige for their community in the countries they live and work in.

Almost everywhere populist leaders use social media as a way of connecting directly with the people, bypassing existing modes of communication. Trump has been critical of what he calls "fake news media" for -- in his view -- misrepresenting him and spreading false news.

In India, the BJP, which Modi leads, feels that the electronic and print media have been monopolized by the "pseudo-secularists," by which it means people who claim to be neutral but in reality appease minorities and remain hostile to the majority. The party, then, uses the space provided by social media platforms to communicate its message and reach out to Indians everywhere.

One can expect its voice and role to grow in the years to come and this may change the nature of democratic politics permanently. At present the diaspora wants its voice to count both in the country it lives in now and the one it belongs to by birth or family ties.

Social media have freed the individual from the constraints placed by territory and location. They can now inhabit multiple worlds, and leaders can create political communities transcending borders.

For leaders who wish to bring about change and people who want their voice to be heard, social media seem a democratizing space that removes old elites and gatekeepers, albeit with followers and trolls springing up in their place.

The future of democracies will lie in the way leaders deal with this challenge -- whether they use the space opened up by social media just to win fanatical followers or to encourage debate and dialogue. 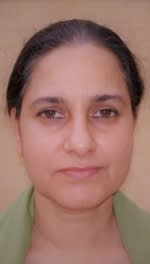